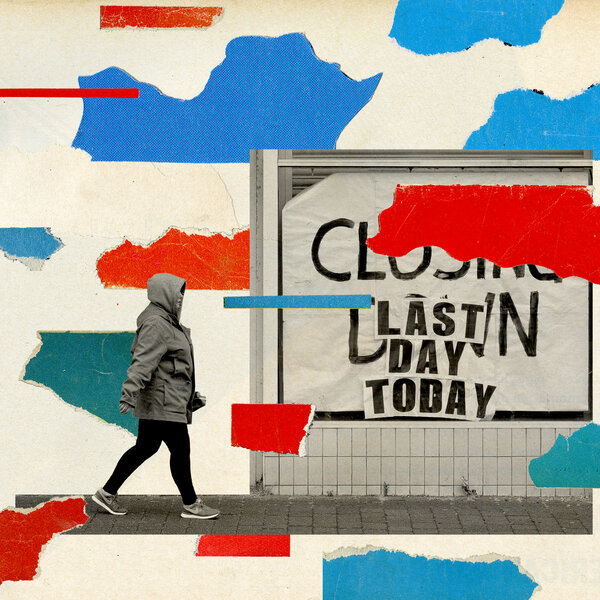 Ms. Reston is a senior staff editor in Opinion.

As politicians panic about inflation and the national debt, the people they represent have more immediate concerns on their minds. Their grocery stores are running out of chicken. Their electrical bills are tripling month over month. And they sometimes have to trek clear across town, 45 minutes, just to find a pack of toilet paper they can afford.

In a new focus group by Times Opinion, we set out to capture the day-to-day realities of people experiencing economic insecurity — people who, more often than not, live in a state of constant fear: a mother anxious that her young family has outgrown their two-bedroom apartment; a senior citizen, forced into retirement, watching her savings dwindle away; a woman on food stamps in Detroit, spending her evenings in a darkened living room, willing herself not to turn on the lights for fear of running up the utilities bill.

No focus group is meant to be conclusive. The 12 people who participated in this one were Democrats and independents, and some are wealthier than others, but each shared similar insecurities — not only about their own finances, but about the future of a world in which billionaires send “rockets out to space” while people “stand in soup lines for hours just to get a meal.” (Times Opinion is holding other focus groups featuring Republican voters.)

The conversation — moderated by a veteran focus group leader, Margie Omero, and condensed for clarity — lets us see the psychological cost of economic insecurity. Poverty warps the way we see the world: Every broken promise from a politician, or frustrating experience with a government agency, reinforces the feeling that we live in a system designed to thwart those who need its help the most. Our 12 participants also talked about hope and resilience, and the result is a quintessentially American mosaic that captures the everyday contradictions of life in a transformative era when millions of people remain stuck in place: confidence in capitalism, but anger at inequality; exasperation at cultural depictions of poverty, but trust that their neighbors understand their struggles; and always, the crippling fear about what the next month may bring.

Margie Omero: You’re all from different parts of the country. Just fill-in-the-blank for me: I feel “blank” about how the economy is going in my area. I feel “blank.”

Margie Omero: Does anybody have a positive word?

Margie Omero: Tony, how about you?

Tony (62, white, Arizona, business owner, makes between $30,000 and $50,000): I run a business out of my home. I do antique restoration and antique work. When I order stuff, it takes forever to get it. Customers, they’re really, really shy about doing business right now because of the Covid.

Jenny (49, white, Tennessee, licensed psychotherapist, makes between $50,000 and $75,000): I’m in Nashville, and it’s growing like crazy. We have tons of folks moving from California, Illinois, New York, places like that. It’s driving our housing market through the roof. And groceries are getting expensive. Some shelves are empty. And I hear that we’re not the only city.

Margie Omero: Let me ask this differently now. What about for you personally?

Bekira (53, Black, Michigan, not working and not looking for work, makes between $30,000 and $50,000): I’m on a fixed income. I’ve been like that for 15 years. And the only way I’m going to get out of that is to go back to work. But the day the pandemic started roaring up, I had two job interviews, one for the post office and one with another company to get fingerprinted, but slowly but surely they were shutting the city down and then the state. Two years later, the only thing that I had was those $1,400 checks.

Sammie (68, Black, Nevada, retired, makes between $30,000 and $50,000): I drove gasoline tankers for 40 years. And my wife’s a retired nurse. We left Chicago going on three years ago now and came here, to Las Vegas. My wife got a job in two different places here as a nurse. And all of a sudden, she had a massive stroke. I’m taking care of her. I can’t go out and make money, like driving trucks again, because I got to be home with her. So I got to look for other means of making money.

Justin: I’ve been an actor for over 20 years. I’ve never had a recurring paycheck. I’m currently back with my parents. I’ve become one of those stereotypical millennials who just leeches off their parents. I’m not really happy about that. But I probably am privileged in my situation right now.

Jennifer: I lost my job like a year ago. I have three kids. And the smallest one, she just turned 1. Everything’s getting expensive. Diapers. Food. They eat a lot of food. Right now I’m staying in a two-bedroom apartment. I was looking into buying a house at the beginning of 2020, and then everything happened and people were outbidding us. I don’t have a lot of money to be putting on a higher price for a house.

Mary: I retired in March of 2020. And then I collected unemployment. I got severance. And I found a job working for an expert witness. It was very lucrative. $70 an hour. But all of it kind of fizzled. My salary went to zero. Luckily, I’m on Social Security, living off of what little savings I had. So yeah, I’m just anxious when I see all the bills coming in and the balance in my checking account going down. I haven’t had this worry for so many years. I did raise my daughter for 32 years on my own. So I mean, I had times where I didn’t have any money, but things got better, and now they’ve gone backwards. And at 68, it’s a tough time to be worrying about money.