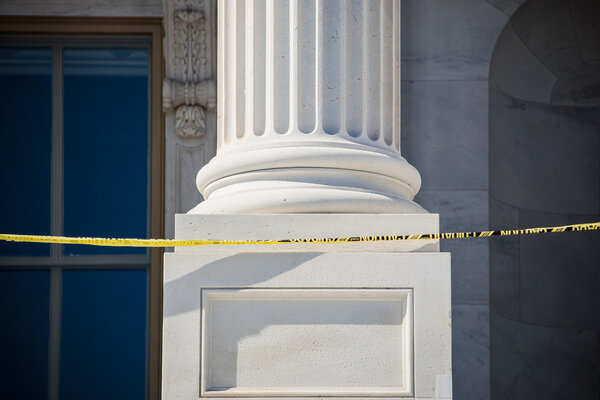 Re “G.O.P. Voting Bills Ratchet Up the Penalties on Poll Workers” (front page, May 16):

If Republicans would only support policies that a huge majority of people actually want — fair elections, living wages, affordable quality health care and child care, taxation of the very wealthy, to name but a few — they would no longer need to gerrymander voting districts or pass restrictive voting bills to prevent majority rule.

Joe Biden garnered seven million more votes than his opponent, and the Republicans in Congress represent far fewer Americans than do the Democrats. Can we get rid of the filibuster and get our democracy back, please?

The G.O.P. is splitting apart over Donald Trump, while hemorrhaging young voters and suburban women. The Republicans fight culture wars and advocate few policy positions. They throw their truth tellers overboard, making the party smaller and smaller still. Their big tent is becoming a pup tent.

The former president never reached 50 percent approval in four years in office. He lost the popular vote twice. He incited an insurrection against the government. His big lie has no chance of prevailing over time against the truth.

This iteration of the Republican Party isn’t sustainable. It can’t win the presidency with Mr. Trump, and can’t win without him. So what do Republicans do? Suppress the vote, cause people to lose trust in our elections and institutions, refuse to accept electoral decisions by the courts, and use their state majorities to advance partisan control of elections.

Tags: Republicans, US Politics, voting
You may also like
Recent News: