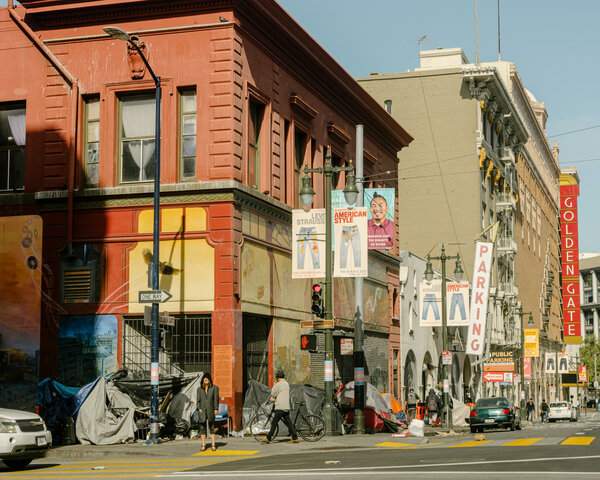 Mr. Duran, a former Democratic strategist, was an aide to Gov. Jerry Brown, Senator Dianne Feinstein and Kamala Harris when she was state attorney general.

SAN FRANCISCO — The primary election in California last week conveyed a warning to Democrats about the political threat posed by rising public anger toward the increasingly visible poverty and disorder on city streets — in this case, San Francisco’s.

District Attorney Chesa Boudin became a scapegoat for the city’s social ills. His loss in a recall attempt had much to do with California’s chronic failure to deal with homelessness, mental illness and poverty. These issues will persist without him.

What his ouster was not, despite claims to the contrary, was a clear rebuke to the movement for criminal justice reform in California: State primaries delivered victories for that very movement.

Still, the conflation of criminal-justice reform with urban disorder is a threat to Democrats across the country. The recall made Mr. Boudin an emblem of the city’s dysfunctions, but its problems predate his election in 2019, and conservatives have long derided “San Fransicko” as a symbol of the Democratic Party’s excesses and failures.

Democrats should heed the signal sent by voters here who directed their wrath at a neophyte politician. This vulnerability will persist in the wake of the recall because the city’s problems provide an irresistibly visceral way to portray the shortcomings of Democratic leadership.

The city’s value as a political symbol has never been more potent. Some of the most powerful Democrats in the nation have roots here. Vice President Kamala Harris rose to national prominence in part by serving in the office Mr. Boudin just lost. The House speaker, Nancy Pelosi, represents the city in Congress. Senator Dianne Feinstein served two terms as mayor, as did Gov. Gavin Newsom.