Joe Biden ended up winning the presidency with at least 279 electoral votes, a margin that seems comfortable now that the election is over. But for the public watching the ups and downs of the piecemeal vote count and the drip drip drip of results, the process was torturous — and offered President Trump and his allies the opportunity to conjure conspiracy theories to explain away his defeat.

It was all entirely unnecessary.

We need to fundamentally change how election returns are reported — not just for the sake of our psychological health and our sleep, but for the polity.

The random way in which returns were counted and released by states — Election Day returns versus mail-in ballots, for instance — led to wild fluctuations as results were updated. The consequence, as experts predicted, was a series of shifts in early tabulations, as candidates seemed to outperform or underperform expectations. President Trump seized on these gyrations, warning that something “strange” was going on and that a conspiracy was afoot to “steal” the election.

Of course, it was all a mirage, the unintended outcome of 50 states and the District of Columbia reporting their results in their own ways. As the University of Georgia law professor Christian Turner put it on Twitter after the election: “No one is up. No one is down. No one is leading or trailing. The votes have been cast. It’s over. All we have to do now is to ascertain something that has already happened.”

In other words, the random dissemination of results gave the appearance of something that just wasn’t true — that the returns were dynamic, not static — and that the counting of votes reflected “trends” when the result was already in. We simply needed to tally the votes to figure out what that result was.

Worse still, how the results were reported also distorted our understanding of when votes were cast. In some states, like Michigan, Pennsylvania and Wisconsin, rules prohibiting “pre-canvassing” — preparing early and mail-in ballots for counting — before Election Day meant that votes cast first could end up being counted last.

This haphazard process causes problems in at least three respects:

First, it opens the door for charges that something is amiss, as it might have struck some with the returns from Pennsylvania, where the count first had one candidate up by thousands of votes, only to swing entirely in the other direction. This can leave the impression that sinister forces were at work, when it was just a function of the partisan makeup of the counties whose votes were being counted, or the type of vote — mail-ins, for example, which are disproportionately Democratic — being reported. 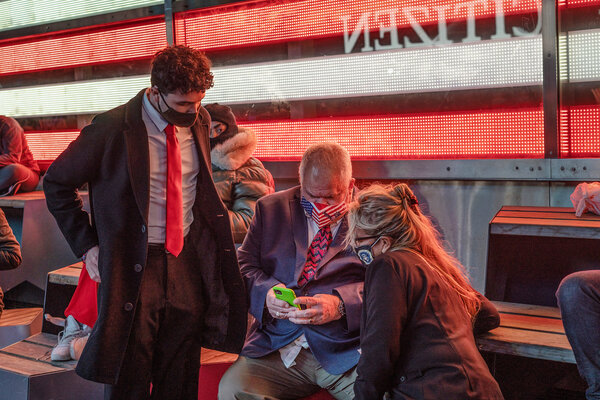 Second, for state legislatures, this “mirage” phenomenon could encourage mischief. For instance, the prohibition on early processing of mail votes in Michigan, Pennsylvania and Wisconsin has been laid to Republican lawmakers, who control the legislatures of those three states. Those decisions appear to have produced exactly this effect — to have the first reported results look much better for Republican candidates than the overall tally, thus influencing the election narrative. There’s value in shaping the headlines even if the bottom line remains unchanged.

Finally, the uniquely American approach to counting and releasing election returns — with each state running its election its way — can lead to days of unnecessary and often misleading televised drama, with negative consequences for our mental (and physical) health. How many hours were wasted in the past few days refreshing web pages with election results or sitting in front of the television? How much productivity was lost? How much avoidable stress was created? How much social turmoil could have been avoided?

It doesn’t have to be this way. In Canada, for instance, a nonpartisan federal agency administers elections using a uniform set of rules and procedures across the country. Brazil has a similar system. Indeed, David Carroll, director of the Carter Center’s democracy program, told The Washington Post recently that the decentralized nature of the U.S. electoral system for choosing a national leader is unique. Even so, there is no question that Congress, under the Constitution’s Elections Clause, could impose uniform national rules at least for federal elections.

Centralizing the process under uniform rules is one key reform. So is regulating the dissemination of results so that they are released only when the initial count is complete rather than releasing interim data seemingly at random.

Other democracies have figured out how to count all of the votes without distorting the results, frightening their voters or sowing discord. If this week has taught us anything, it’s that the United States should do the same.

Stephen I. Vladeck (@steve_vladeck) is a professor at the University of Texas School of Law.

Tags: Absentee voting;Vote-by-mail;E
You may also like
Recent News:
This website uses cookies to improve your user experience and to provide you with advertisements that are relevant to your interests. By continuing to browse the site you are agreeing to our use of cookies.Ok