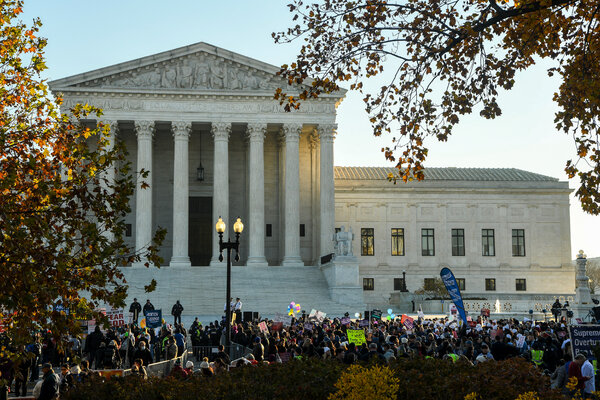 The game plan of the anti-abortion movement is falling into place. First, impose strict restrictions on the surgical procedure (think Texas and Oklahoma). Next, let the Supreme Court jettison Roe v. Wade. And now, we read that abortion pills are the new battle line, as numerous states have adopted or are considering restrictions and penalties for pill takers and pill providers.

I am convinced that, after the surgery and the pills are gone, the next target will be birth control.

Abortion opponents, determined to impose their religious views upon the country at large, will not rest until all American women can experience the joys of living in the 13th century.

It’s time for a modern-day Underground Railroad to obtain self-medicated abortions. It’s time to widely advertise the availability of these pills, and explain their safety, effectiveness and cost (much cheaper than a medical abortion). You report that in 2020, 54 percent of abortions were with these pills.

Tell women how to obtain these pills from Europe, Canada and Mexico. Attempts to ban pills via the mail will be futile. We need an underground movement to counter state efforts to stop abortions.

Re “Near-Total Ban on Abortion in Oklahoma” (news article, April 6):

The near-total ban on abortion was approved by a male-dominated legislature. Oklahoma has among the lowest percentages of female legislators in the country.

These men don’t seem to get that it takes two people to make a baby. While this law is meant to control the behavior of women, I know of no law that exerts any control over the behavior of the men who are fathering these children.