HAMBURG, Germany — A Turkish friend told me the other day about his summer travels to his home region in southeastern Anatolia, a particularly poverty-stricken part of Turkey.

Under the rule of President Recep Tayyip Erdogan, things have improved. My friend’s cousin showed off his new Mercedes-Benz, bragging about the state aid his family received and his general well-being. “I live like an American here!” he said. So of course he would vote again for Mr. Erdogan, who has been in power for the best part of two decades. The imprisonment of government critics? Not for him to worry about.

The story crystallized a key dilemma of the 21st century. As authoritarian leaders oversee economic success, the importance of civil liberties — ensuring freedom from arbitrary punishment and harassment — may dwindle. The abstract notion of human rights may be much less appealing than the reality of being lifted from hardship, insecurity and hunger.

The “freedom to be free,” as Hannah Arendt put it, is a privilege that, globally, very few have the pleasure to enjoy: The world is full of people who are economically advanced, but politically repressed. That’s why it’s vital to make a renewed case for human rights.

It’s no wonder that the pull of human rights is weak — in Turkey, or more important, in China. It is barely convincing to millions of Chinese to say that human rights are shields that citizens can hold up against attacks of the state on their liberty, life and livelihood when the state apparently does everything to lift its people from bad living conditions, inadequate medical care and bleak educational chances.

The Communist Party of China has an impressive balance sheet: China’s exports grew to $2,641 billion in 2019 from $11.3 billion in 1980, and its economy is on its way to overtaking America’s. As Australia’s former prime minister Kevin Rudd put it, China’s pace of change “is like the English Industrial Revolution and the global information revolution combusting simultaneously and compressed into not 300 years, but 30.”

Francis Fukuyama made the famous prediction that once a middle class emerged in an authoritarian state, its members would demand the franchise, leaving the regime with no choice but to establish the rule of law and democracy. That has not happened in China. Rather, the opposite seems to be true: If people rise from poverty, they tend to choose prosperity over liberty.

Does this devalue the core belief that society can prosper only if the individual’s pursuit of happiness is protected against arbitrary restriction? No, the idea still holds true. To prove it, affluent Chinese should ask themselves one simple question: If there were to be an economic downturn, would I want to live with my current legal guarantees?

The philosopher John Rawls suggested that to find the best legal order, we ought to imagine living behind a veil of ignorance, unaware of our own standing in society. In China, citizens should imagine life behind a veil of decline, as the country’s economic expansion slows down. The rule of law might seem much more important.

Because if the state’s principal interest is the well-being of the greatest number, how can wealthy citizens — who, rightly or wrongly, might be seen to hinder that goal — be sure about their own well-being?

The fate of the Uighurs in Xinjiang might provide a hint, or that of the laborers who were evicted within hours, their houses peeled away like “cabbage leaves,” as Beijing’s party secretary proudly announced, because they were in the way of new building projects. 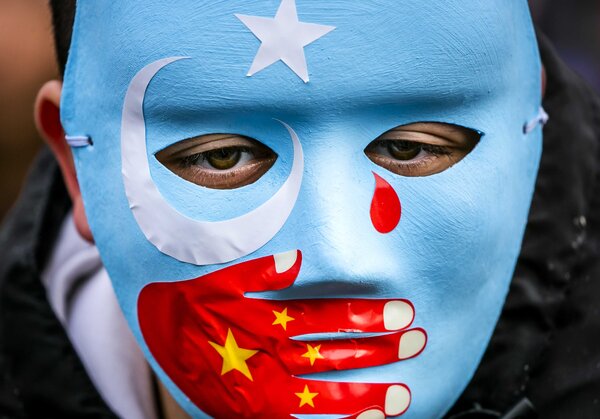 Think of it this way: Human rights are like a fire department. You care about their existence only once your safety is in danger. But if your house is on fire and there’s no fire department, it’s too late to ask for help. The damage is done.

Smoke plumes are already emerging from Asia’s powerhouse: China has high levels of internal debt, a rapidly aging population and chronic pollution that has increasingly costly effects on people’s health.

There’s no easy fix for these systemic problems. But human rights are the bread and butter of a healthy society — and the best guarantee that the Mercedes-Benz you toiled for during the day will still be there when night falls.

Jochen Bittner (@JochenBittner) is a co-head of the debate section for the weekly newspaper Die Zeit and a contributing opinion writer.

Tags: China, Recep Tayyip Erdo, Turkey
You may also like
Recent News:
This website uses cookies to improve your user experience and to provide you with advertisements that are relevant to your interests. By continuing to browse the site you are agreeing to our use of cookies.Ok