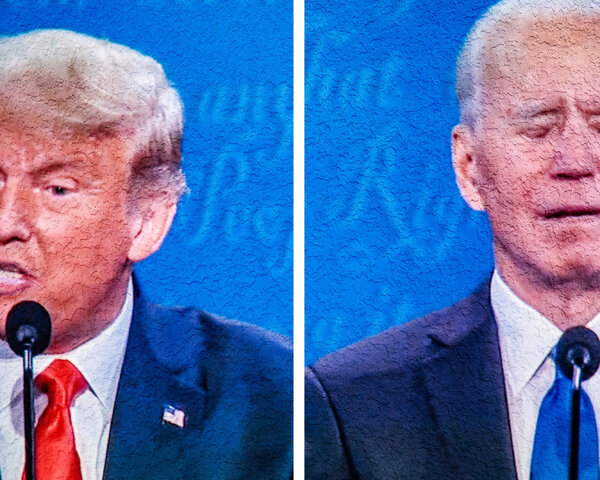 Ms. Collins and Mr. Stephens are opinion columnists. They converse every week.

Bret Stephens: I was sorta thinking of a cookout on the patio with a nice bottle of rosé, but fire away.

Gail: We were in such accord, gnashing our teeth over the decisions on abortion and guns. How about their deep-sixing environmental regulation? You still gnashing with me?

Bret: You are referring to the ruling that says the Environmental Protection Agency can’t unilaterally reinvent the entire energy economy with an expansive interpretation of the Clean Air Act that Congress did not intend when it wrote the bill? I’d say the decision was the best thing the court did this term.

Guessing you … don’t see it quite the same way.

Congress gave the E.P.A. extensive power when it comes to regulating carbon emissions. That’s because carbon emissions are a threat to the environment and a trigger for global warming.

If Congress feels the E.P.A. is going too far, it has the power to override said regulations at any time. That hasn’t happened because — gee, I guess the Congressional majority feels global warming is a big deal.

Bret: The case hinges on an interpretation of the word “system.” The Clean Air Act requires power plants to adopt “the best system of emission reductions.” The court’s conservatives took “system” to mean emission-controlling technologies at the plants themselves, not a vast regulatory mechanism that puts the entire American coal industry on a swift path to extinction.

Gail: I think I told you that my father worked for a utility company, and I remember the agony he went through trying to deal with both the government regulators and the folks we called “the coal barons” in West Virginia. I have sympathy for the folks in the middle here, but not so much for the barons.

Bret: I grew up listening to my father’s complaints about the way the Mexican government did business with the private sector. In case you ever wonder about my worship of the works of Friedrich Hayek, Milton Friedman, Gary Becker and Ronald Coase.

Gail: We obviously need to keep directing help to the working people in the mining industry, but the government’s top job is to protect the nation and future generations from global warming.

Bret: If Congressional Democrats — whose majority happens to hinge on a certain senator from West Virginia — want to make a case that global warming is the country’s No. 1 priority, they should do so openly rather than sneak regulatory actions that they can’t get through Congress through the E.P.A. bureaucracy. I hold no particular brief for the coal industry per se. But Democrats need to figure out a set of climate-change policies that don’t threaten people’s wallets, jobs or businesses. Trying to put coal out of business is just a big fat political gift to Mitch McConnell and Kevin McCarthy.

Aside from the court, Gail, last week’s big news enchilada was Cassidy Hutchinson’s testimony before the House committee investigating Jan. 6. Did we just have a “this changes everything” moment?

Gail: Well, we certainly had some “Holy cow — did you hear what Donald Trump did?” moments. But I’ve sadly gotten used to the idea that he can do almost anything and still keep his very, very large fan club of voters.

Bret: Truest words ever spoken by Trump: “I could stand in the middle of Fifth Avenue and shoot somebody and I wouldn’t lose any voters.”

Gail: Yeah, sigh. And I just don’t think there’s an appetite for trying to prosecute a former president for stuff he did while he was still in office. Am I being too cynical?

Bret: Until last week, no. But, to quote from “Only Murders in the Building,” Hutchinson’s testimony “sends the investigation in a whole new direction.”

I don’t mean the stuff about Trump trying to grab the steering wheel of his limo, which Hutchinson acknowledges she heard secondhand. I mean her overhearing Trump at the Jan. 6 rally yelling that he didn’t care if people were armed because they weren’t there to hurt him. And also her report that Trump instructed Mark Meadows to get in touch with Roger Stone and Mike Flynn, who in turn were apparently in touch with some of the most violent protesters on Jan. 5. If it’s true, that just seems like a textbook case of seditious conspiracy.

There’s still a big question of the overall wisdom of a prosecution, however well-justified. If, God forbid, Trump runs and wins in 2024, the first thing he’ll do is find any pretext to prosecute Joe Biden, and then it’s off to the races. If you were in Merrick Garland’s shoes, what would you do?