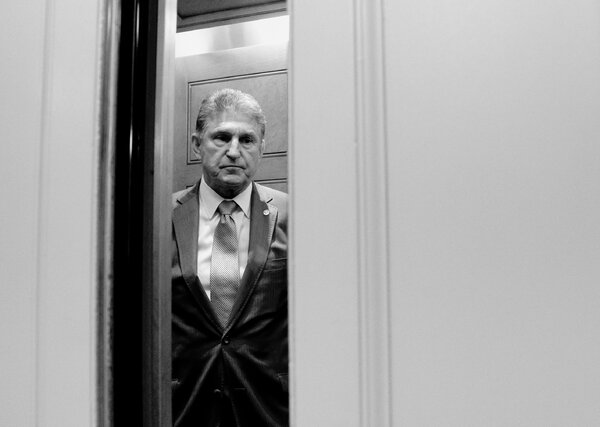 The expanded child tax credit is not the most ambitious policy in President Biden’s “Build Back Better” plan, but it might be the one that says the most about the current direction of the Democratic Party.

The monthly payment to most families with children — authorized, on a temporary basis, by the American Rescue Plan — represents a shift away from the austerity-minded thinking of much of the last 30 years of Democratic policymaking. To help parents with no strings attached (and with as little red tape as possible) is to reject, in a small but significant way, the idea that families should have to rely on the market to survive.

If this is the case, it is no surprise to learn that in exchange for his support of the president’s human infrastructure bill, the conservative Democratic Senator Joe Manchin would like his colleagues to end the nearly universal child tax credit and replace it with a pared-down alternative, according to a report in Axios. In something of a throwback to the days of “welfare reform,” Manchin wants Democrats to add work requirements and tight income-based limits on eligibility.

None of this would actually improve the program — “Narrowly targeting the credit to the lowest income families risks creating a stigmatizing poverty trap,” Samuel Hammond of the Niskanen Center told The Washington Post — but it would undermine progressives and stop the march of an “entitlement society” which, for Manchin, is good enough.

As I argued earlier this month, the West Virginia senator appears to be committed to a conservative producerism that treats the market as a crucible in which ordinary workers prove their moral worth. We are not an “entitlement society,” says Manchin; we are a “reward” society. To thrive, you must work. And if you do not work, then you forfeit whatever help the government might deign to give. To give help without work — to shield ordinary workers from the market in the name of security or dignity — is to undermine and weaken the very fiber of society.

Tags: American Rescue Pl, US Politics
You may also like
Recent News: