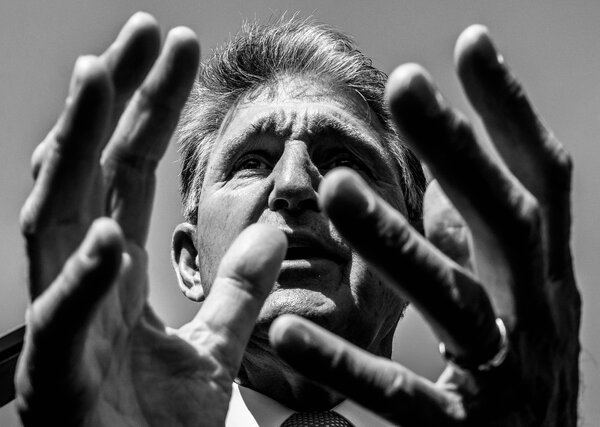 Mr. Ritz is the director of the Progressive Policy Institute’s Center for Funding America’s Future, which released a framework for paring down the Build Back Better plan in October.

Senator Joe Manchin of West Virginia seemingly dealt a terrible setback to President Biden’s agenda on Sunday, when he told Bret Baier of Fox News that he could not support the version of the Build Back Better Act passed by the House last month. Although Democrats were rightfully frustrated by the way in which Mr. Manchin expressed his concerns, he was raising a valid critique: This bill was deeply flawed, and the “compromises” his colleagues made did nothing to address the concerns he has been consistently raising since this summer.

Other Democrats may not realize it, but Mr. Manchin may well have given them a gift. They should’ve gone back to the drawing board months ago, when it first became clear that their budgetary gimmickry was turning the bill into a confusing mess. Now, they will have to — and if they revise the bill to cut the number of programs they propose while making the ones they do propose permanent and easier for Americans to navigate, it could deliver Democrats both lasting policy change and the political victory they so desperately need.

Democrats had been trimming the bill for months in an effort to meet Mr. Manchin’s demand that it cost less than $2 trillion over the next decade. But rather than focusing on a few top priorities, they wedged almost every major social program Mr. Biden had proposed into the bill and relied on arbitrary expiration dates to make it seem less expensive. As a result, according to the Committee for a Responsible Federal Budget, these programs would cost more than $4.7 trillion if made permanent, as every supporter of the bill clearly intends them to be.

This structure sets Democrats up for failure. Extending these programs without adding to the national debt would likely require raising taxes by an additional $3 trillion over the next decade, which would be extremely difficult to do, particularly after Democrats incorporate all of the tax increases they could get consensus for into the Build Back Better Act. If Democrats cannot agree on how to continue paying for their major social programs, the only alternative — besides breaking their promise not to add to the deficit — would be to allow those programs to expire after a few short years.

Not only would this scenario deny new families tens of thousands of dollars in benefits they would have gotten if they had had children only a few years earlier, many families may never receive these benefits in the first place. Many programs in the Build Back Better Act require state and local governments to implement them, and local officials in both parties have already said they may not commit resources to programs for which federal support may vanish just a couple years after being created.