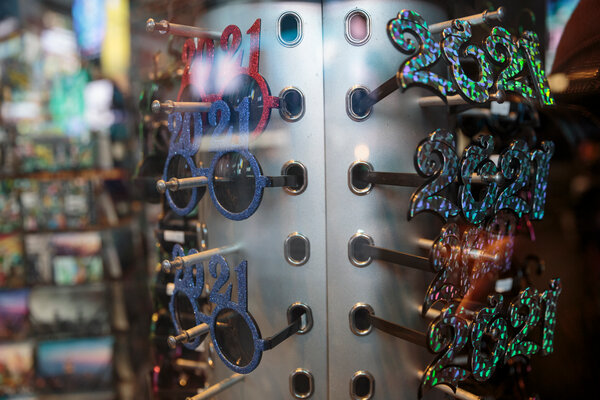 Ms. Collins and Mr. Stephens are Opinion columnists. They converse every week.

Gail Collins: Bret, this is our last conversation of the year. I’ve had a lot of fun disagreeing over the past 12 months. Mentioning that partly because it’s hard to imagine a whole lot of people saying, “Remember all the great times we had in 2021.”

Bret Stephens: I had such high hopes for the year, Gail. Melania and Donald would slink quietly out of the White House, she in couture, he in ignominy. The vaccines would conquer the pandemic. Joe Biden would preside competently and serenely over a country looking for respite after four years of craziness. Relations with the rest of the world would improve. Republicans would wake up from their fever dreams and become a serious party again, or at least hang their heads in shame after the sacking of the Capitol on Jan. 6.

Gail: OK, here’s a theory. Most of the things that were terrible about 2021 were reflections of a world that’s changing hyper-fast because of new technology.

Bret: The assault on the Capitol was more Genghis than Google. Sorry, go on ….

Gail: Crazy people find it very, very easy to get in touch and swap paranoid fantasies. Mean people can gossip on sites that the targets of their ire can visit easily. (Always thinking about those teenage girls reading reviews of their clothes/figures/hair). Special events are dwindling — no point in going out to the movies if you can stream the latest attractions at home.

Bret: Very true. Social media freezes us all in a kind of permanent middle school presided over by a mean girl named Veronica.

Gail: None of this will go away, but I’m hoping that as we get more skilled in living with the good side of the web, things will balance out. Sane people will confer on how to make the world better. Families will automatically set places at holiday dinners for loved ones who can zoom in from the other side of the country. And those who are consigned to their beds by illness or old age can have fantastic adventures via virtual reality headsets.

Bret: That’s a bit too “Brave New World” for me, Gail. My hope for 2022 is that millions more Americans will realize that the worst thing they can do with their lives is to spend them working or socializing online. People should be dedigitizing — if that’s a word — disconnecting virtually and reconnecting physically. They should leave bigger cities in favor of places where nature is more accessible, homes are more affordable, neighbors are more approachable, careers are less cutthroat, the point of life isn’t the next promotion, weekends are actual weekends, people shop at real stores and read real books and have dinner with real people. Sitting around and doing nothing should be seen as a perfectly respectable use of time.

Gail: Well, I’m not going to argue with you about the glories of doing nothing. But I can’t relate to your vision of finding meaningful life by ditching the big cities. Reminds me of growing up in an era of suburban explosion where the new neighborhoods had about as much diversity as a raft of albino waterfowl.

Gail: But maybe we’re both right — if the pandemic ever fades, the future could hold lots of urban-rural options and folks will get to pick.