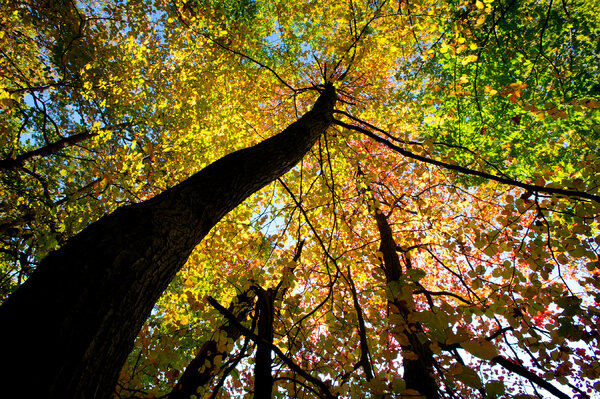 Margaret Renkl captured the mixed bag of feelings many of us have as the season changes.

This fall is especially challenging, as most of us realize that with cooler weather and shorter days we might not be able to balance the amount of time spent in admiring and engaging with nature, the most soothing balm for Covid-19 and the ghastly political atmosphere, and for our sense of well-being, too.

We aren’t ready for a cocoon, to shelter in and emerge from in a new day. While the days seem slow, the months fly by. Time really waits for no man. One must continue to go with the flow.

A Novel Approach to Domestic Abuse

Re “Beaten on Camera, She Sought Divorce. At First, China Said No” (front page, Sept. 17):

Approaches to change mind-sets are needed to reduce domestic violence in countries where it is widely tolerated. A successful approach in West Bengal, India, is the community-based Theater of the Oppressed.

In a performance, it enacts a drama of oppression and then repeats it a few times to permit anyone from the audience to interrupt, take the role of the victim, and try to rein in the oppression with a new strategy, to which the other actors respond. This gives people in a community a means of analyzing a problem, of rehearsing social change and of representation itself.

We have evaluated the effect of Jana Sanskriti, one of the world’s largest organizations that performs Theater of the Oppressed, in a study of 3,000 couples. We find that it has reduced domestic violence and cut in half — from 55 percent to 27 percent — the proportion of married men who believe that wife-beating can be justified.

One does not need to wait for the accidental capture on video camera of a man torturing his wife to rally public intolerance of domestic violence. Participatory theater can engender it.

Karla Hoff
Jyotsna Jalan
Ms. Hoff is emeritus economist at the World Bank. Ms. Jalan is a professor of economics at the Center for Studies in Social Sciences, Kolkata.

How to Help Mass Transit

Re “The Subways Are Facing a Five-Alarm Fire,” by Patrick J. Foye and John Samuelsen (Op-Ed, nytimes.com, Sept. 1):

Congestion pricing would improve the Metropolitan Transportation Authority’s finances by increasing ridership and farebox revenues and also by generating funds through tolls for drivers to Manhattan.

While Mr. Foye and Mr. Samuelsen are right that there should be a strong federal role in directly funding the M.T.A. and other mass transit on an equal or better footing than the subsidies for roads and other vehicle infrastructure, the Federal Highway Administration also needs to approve the plan right away to allow New York to use proven tolling technology that has reduced traffic and increased revenues in London, Milan, Singapore, Stockholm and other cities around the world.

Carter Strickland
Brooklyn
The writer is a former commissioner of the New York City Department of Environmental Protection.

Tags: Coronavirus;COVID-19, Domestic
You may also like
Recent News:
This website uses cookies to improve your user experience and to provide you with advertisements that are relevant to your interests. By continuing to browse the site you are agreeing to our use of cookies.Ok