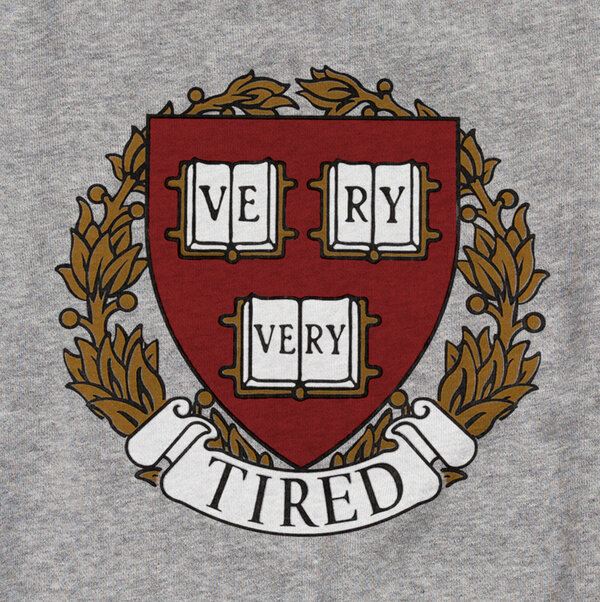 Mr. Malesic is the author of “The End of Burnout.” He teaches first-year writing at Southern Methodist University and lives in Dallas.

In my classes last fall, a third of the students were missing nearly every time, and usually not the same third. Students buried their faces in their laptop screens and let my questions hang in the air unanswered. My classes were small, with nowhere to hide, yet some students openly slept through them.

I was teaching writing at two very different universities: one private and wealthy, its lush lawns surrounded by towering fraternity and sorority houses; the other public, with a diverse array of strivers milling about its largely brutalist campus. The problems in my classrooms, though, were the same. Students just weren’t doing what it takes to learn.

By several measures — attendance, late assignments, quality of in-class discussion — they performed worse than any students I had encountered in two decades of teaching. They didn’t even seem to be trying. At the private school, I required individual meetings to discuss their research paper drafts; only six of 14 showed up. Usually, they all do.

I wondered if it was me, if I was washed up. But when I posted about this on Facebook, more than a dozen friends teaching at institutions across the country gave similar reports. Last month, The Chronicle of Higher Education received comments from more than 100 college instructors about their classes. They, too, reported poor attendance, little discussion, missing homework and failed exams.

The pandemic certainly made college more challenging for students, and over the past two years, compassionate faculty members have loosened course structures in response: They have introduced recorded lectures, flexible attendance and deadline policies, and lenient grading. In light of the widely reported mental health crisis on campuses, some students and faculty members are calling for those looser standards and remote options to persist indefinitely, even as vaccines and Covid therapies have made it relatively safe to return to prepandemic norms.

I also feel compassion for my students, but the learning breakdown has convinced me that continuing to relax standards would be a mistake. Looser standards are contributing to the problem, because they make it too easy for students to disengage from classes.

Student disengagement is a problem for everyone, because everyone depends on well-educated people. College prepares students for socially essential careers — including as engineers and nurses — and to be citizens who bring high-level intellectual habits to bear on big societal problems, from climate change to the next political crisis. On a more fundamental level it also prepares many students to be responsible adults: to set goals and figure out what help they need to attain them.

Higher education is now at a turning point. The accommodations for the pandemic can either end or be made permanent. The task won’t be easy, but universities need to help students rebuild their ability to learn. And to do that, everyone involved — students, faculties, administrators and the public at large — must insist on in-person classes and high expectations for fall 2022 and beyond.

In March 2020, essentially all of U.S. higher education went remote overnight. Faculties, course designers and educational technology staffs scrambled to move classes online, developing new techniques on the fly. The changes often entailed a loosening of requirements. A study by Canadian researchers found that nearly half of U.S. faculty members reduced their expectations for the quantity of work in their classes in spring 2020, and nearly a third lowered quality expectations. That made sense in those emergency conditions; it seemed to me that students and faculties just needed to make it through.

That fall, most students were learning at least partly online. Simultaneously, colleges gave undergraduate students more autonomy and flexibility over how they learned, with options to go remote or asynchronous.

Faculty members and students across the Dallas-Fort Worth area, where I live, described a widespread breakdown in learning that year. Matthew Fujita, a biology professor at the University of Texas at Arlington, said the results of the first exam in his fall 2020 genetics class, a large lecture course, reflected “the worst performance I’d ever seen on a test.”

Amy Austin, who teaches Spanish at U.T.A., began calling her students her “divine little silent circles” — a reference to Dante Alighieri’s “Divine Comedy” — because she would typically see only their initials in a circle on her computer screen, none of them speaking.

Students’ self-reports track with these observations. A June 2021 survey by Inside Higher Ed found that more than half of students said they learned less that academic year than they did before the pandemic.

There is much evidence that students learn less online than they do in person, in part because online courses demand considerable self-discipline and motivation. And some lessons just don’t translate to a remote format. “You can’t learn how to use a microscope online,” said Melissa Walsh, who teaches biology and environmental science at U.T.A. “You just can’t.”

It’s no surprise, then, that in one of the first studies to examine broad-scale learning outcomes during the pandemic, researchers found that the switch to online learning resulted in more course failures and withdrawals in the Virginia community-college system, even despite more lenient grading. Students nationwide reported a greater willingness to cheat, too.

It’s bad enough that so many students had to take classes through a medium where they don’t do their best. More disconcerting is that when classes returned to mainly in-person in fall 2021, student performance did not bounce back. The problem isn’t only that students learn poorly online. It’s also that when they go through a year or more of remote classes, they develop habits that harm their ability to learn offline, too.

Dr. Austin said the quality of her students’ work had not recovered after the return to campus. On grammar tests, students continued to score lower than they did before the pandemic. Now, she told me, the students in her classroom often met her questions with blank stares. “This is like being online!” she said. That was my experience, too. In my classes, it often seemed as if my students thought they were still on Zoom with their cameras off, as if they had muted themselves.