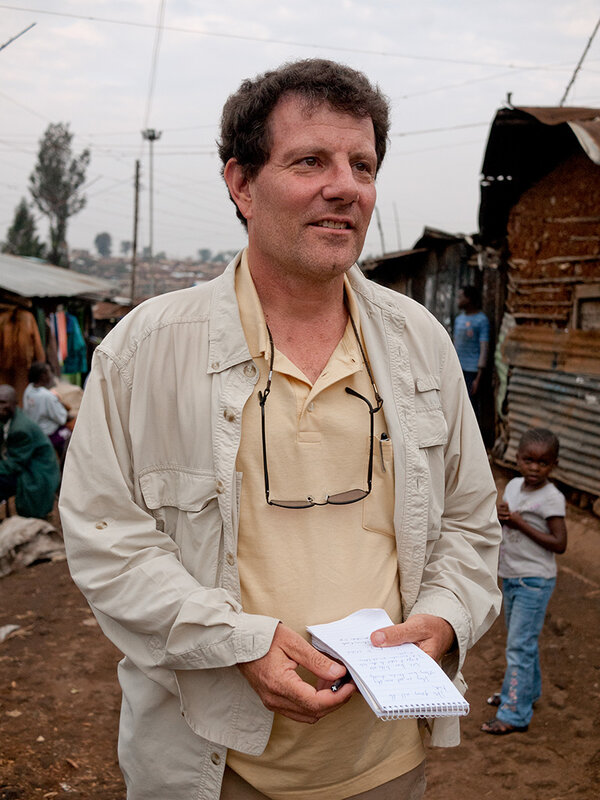 Re “A Farewell to Readers, With Hope,” by Nicholas Kristof (Opinion guest essay, Oct. 31):

Considering that my level of cynicism on the human race is rising by the day, this farewell essay by Mr. Kristof could not have come at a better time. I have long enjoyed reading his columns, but this one encapsulated stories about the best among us amid the worst among us. That he could remain optimistic considering all the evil that he has personally witnessed has renewed my faith in the possibilities of the good triumphing over the evil.

If he is successful at becoming governor of Oregon, its citizens will have received a gift no amount of money can buy. Goodbye, Nicholas, and wishing you the best of luck. I can’t think of anyone who deserves it more.

I remember the first time I met Nick Kristof my freshman year at Harvard. He was wearing a T-shirt that said, “Where the Hell Is Yamhill, Oregon?” Nick is clearly someone who is proud of his roots and is proof that you can go home again.

While Nick has won two Pulitzer Prizes writing for The Times and has helped inform the world about some of the biggest humanitarian crises around the world, many of his columns about returning home to Yamhill have resonated with me the most.

He has written about his high school classmates and friends who have died from addiction, have been in prison and are unemployed. This is not a crisis in Sudan or some other far-flung place that Nick reported from. It’s what is happening all across this country.

Nick is running for governor of Oregon because he wants to help all the people in Yamhill and throughout Oregon. While I’ll miss reading his columns, I’m grateful that he has heeded the call for public service.

Nicholas Kristof leaves us with yet another moving essay. Mr. Kristof, you are one of a kind, a gift to humanity and a magnifying glass to the world. You have taken us to places that many of us would never see, and you have educated us about human beings around the world.

So, thank you immensely, Mr. Kristof. We will miss you, but I am sure you will continue your life’s work, fighting on behalf of people who deserve to be heard and have a better life. The citizens of Oregon will surely gain a giant of humanity if you are elected as their governor!

Nick Kristof is an international treasure and the definition of what journalism can be at its very best.

I grew up in a newspaper family. My mother, Norma Hendricks, was a columnist for The Leesburg Daily Commercial, and the clack of her ancient Underwood typewriter was the soundtrack of my childhood.