It affects everyone from Joe Manchin to Joe Biden.

By Thomas B. Edsall 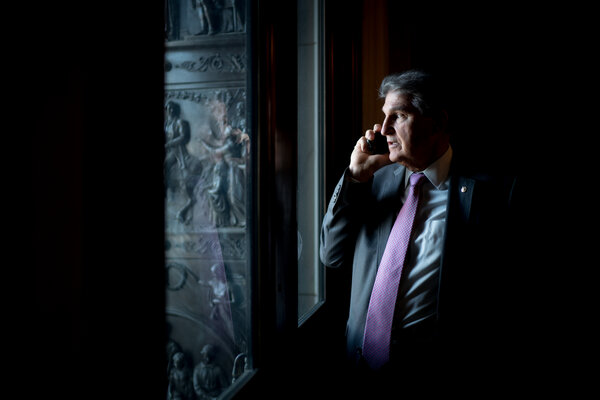 Why is the Republican Party so determined to constrain the franchise?

One answer is provided by the changing demographics of the children in the nation’s public schools, a leading indicator of shifts in the racial and ethnic makeup of the country.

According to the National Center for Education Statistics,

The changing racial and ethnic makeup of the schools, something visible to parents and to anyone who walks by at recess, is a leading indicator of the day (in roughly 2045) when non-Hispanic whites of all ages will drop under 50 percent of the U.S. population, soon to be followed by the day when whites become a minority of the electorate (although that will depend on how voters self-identify — among other things, data suggests that many mixed race Americans identify as white).

Hispanics and Asian-Americans are driving the ascendance of America’s minority population, while the Black share of the population will increase by a small amount. Pew Research estimates that over the 50 year period from 2015 to 2065, the non-Hispanic white share of the population — as defined by the U.S. census — will drop from 62 to 46 percent, while the Hispanic share will grow from 18 to 24 percent and the Asian-American share from 6 to 14 percent. The Black share will go from 12 to 13 percent.

Richard Alba, a sociologist at the City University of New York, and other experts have argued that predictions of a white minority in a little over 20 years have created a false narrative because it fails to account for the numerous second- and third-generation children of interethnic and interracial marriages, many of whom see themselves (and are seen by others) as white.

False or not, the white minority prediction has become a dominant political narrative — particularly insofar as Republicans exploit this characterization — and in the process this framing has become a central element in the worldview of many conservative whites.

How does the expectation of a majority-minority America affect the thinking of white Americans?

Maureen Craig at N.Y.U. and Jennifer Richeson, at Yale, reported in their 2018 paper “Majority No More? The Influence of Neighborhood Racial Diversity and Salient National Population Changes on Whites’ Perceptions of Racial Discrimination” that

White Americans considering a future in which the white population has declined to less than 50 percent of the national population are more likely to perceive that the societal status of their racial group — in terms of resources or as the “prototypical” American — is under threat, which in turn leads to stronger identification as white, the expression of more negative racial attitudes and emotions, greater opposition to diversity, and greater endorsement of conservative political ideology, political parties, and candidates.

Biden, more than either of his three Democratic predecessors — Jimmy Carter, Bill Clinton and Barack Obama — is putting this white reaction to the test.

Not only is Biden actively supporting voting rights reform designed to protect and strengthen Black and Hispanic political participation, but he has taken assertive stands on racial issues, both in terms of appointments and in supporting racially targeted provisions in his stimulus and infrastructure legislation.

The question for Biden is whether a Democrat can firm up the party’s multiracial coalition with a double-edged strategy. First, winning over enough working class whites by disbursing substantial benefits in his stimulus and infrastructure legislation; and, second, by targeting generous programs to racial and ethnic minorities to reduce disparities in income and education.

The underlying question is whether more white voters will turn against Biden in the 2022 midterm elections as they turned against Clinton in 1994 and Obama in 2010.

A large number of white people already believe that they suffer higher levels of discrimination than Black people and other minorities do.

Organizational messages that are favorable to racial diversity have also been found to enhance the sense among whites of personal and group discrimination against them compared with race-neutral messages.

In addition, many Republican and conservative-leaning whites are convinced that as minorities become more powerful, the left coalition will become increasingly antagonistic to them. Craig and Richeson write:

This research suggests, in other words, that whites are likely to perceive more antiwhite discrimination under circumstances in which they perceive that their group’s position in society is under threat.

Nour Sami Kteily, a professor of management and organizations at Northwestern’s Kellogg School of Management, emailed to say that he and Richeson have been conducting a study that asks whites how much they agree (7) or disagree (1) with statements like:

If Black Americans got to the top of the social hierarchy, they would want to stay on top and keep other groups down.

If Black Americans got to the top of the social hierarchy, they would put all of their effort toward creating a more egalitarian social system for all groups.

On average, whites fell at the midpoint but, Kteily wrote, there was

large variation associated with being Republican vs. Democrat, with Republicans being more likely to believe that Black Americans would use power to dominate. The difference is highly statistically significant.

In a December 2019 article, “Demographic change, political backlash, and challenges in the study of geography,” Ryan Enos, a political scientist at Harvard, wrote:

The relationship between diversity and reactionary politics should be considered one of the most important sociopolitical issues facing the world today — it is a near certainty that almost every developed country and many developing countries will be more diverse a generation from now than they are today.

The 2020 election of Biden combined with Democratic control of the House and Senate have contained, at least momentarily, the reactionary backlash, but a liberalized politics has not yet been secured. What are the prospects for Democrats seeking to maintain, if not strengthen, their fragile hold on power?

Tags: 2020 election, Midterm Election
You may also like
Recent News: