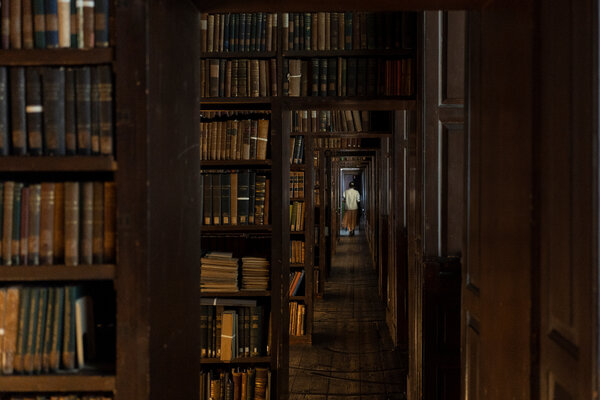 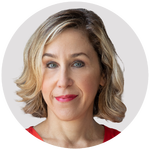 As we enter full autumn and All Hallows’ Eve, the moment is right for dark academia.

Some notes for the uninitiated: Dark academia is a subculture devoted to spaces like stony Oxford libraries, long, arched hallways and walls painted lamp black. Since the 2010s, it’s been a popular aesthetic among the tweens, teens and 20-somethings — tweedy with a twist, preppy with a dash of shade, more gothic in spirit than goth. It’s white shirts, plaid skirts, dark blazers, knee socks or opaque black tights, scuffed loafers. There may be argyle.

The cultural touchstones of dark academia are many and various, but the quintessential dark academia film is “Dead Poets Society” with its midnight poetry and tortured souls. Its ur-bible is Donna Tartt’s 1992 best-selling novel, “The Secret History,” the story of a murderous group of classics undergrads with names like Edmund (Bunny) Corcoran and Francis Abernathy. These are stories that feature bacchanals, clandestine gatherings at night and steep ravines. Free verse flows.

From these ancient ’90s roots, the dark academia (see also: “whimsigoth”) subculture has waxed and waned since the 2010s, recently resurging during the suitably grim pandemic. The whole Harry Potter phenomenon, with an emphasis on Slytherin, was a key mobilizing force, as was the magic-inflected young adult fiction of Leigh Bardugo, especially “Ninth House,” set in a dark and twisted version of Yale. According to Book Riot, dark academia can be about academic settings with a dark twist or “a focus on the pursuit of knowledge, and an exploration of death and morbidity.”

Much of this has taken place in the young adult literary space, but not surprisingly, there are efforts to capitalize on the aesthetic for a broader audience. Next month, according to Publishers Weekly, brings “The Cloisters” by Katy Hays, a debut novel about an art history grad student who discovers a 15th-century set of Tarot cards, which cannot be good. Lauren Nossett’s “The Resemblance,” also out in November, is pitched as “an atmospheric campus thriller” in which the forces of evil are frat boys. (One might call this nonfiction.) The heroine of Joanna Margaret’s recent “The Bequest” is a Ph.D. student in Scotland whose thesis adviser is murdered. And there will be “Bleeding Heart Yard” by Elly Griffiths, which brings us full circle back to the ’90s when murder strikes at a reunion of the class of 1998.

Of course the cloistered halls of academia are fertile ground for stories of mystery, suspense and high-minded murder. The combination of privilege, secrecy, esoteric knowledge and very serious poetry is irresistible to anyone who lies awake at night reading or angsting in bed, or scrolling through TikTok past midnight for inspo. It’s also a deeply romanticized view of higher learning with its idealization of paperbound matter, leather book bags and unapologetic elitism.

Some of it may be the ongoing power of Tartt’s “The Secret History,” which so brilliantly captured and skewered the thrall of academia. Many writers might feel it unwise to follow such an iconic literary and critical success. But part of it may also be changing times. “The novels of that era were picking at or questioning something that was hallowed and vaunted in the culture and in society,” Kendall told me. “And we don’t hold that culture of higher education in the same regard now. It just doesn’t occupy that same mythological space within American culture.”

It may be that the very real world of academia feels a little too dark and unhappy of late. The towering, all-powerful professors of yore are now often adjunct or contract instructors, with lower pay and tenuous job security. In 2004, 17 percent of four-year institutions said that they had replaced tenured positions with contingent appointments. In 2022, that figure was 54 percent, according to a study by the American Association of University Professors. As of 2020, about 62 percent of faculty members who teach were on contingent appointments.

Poverty, alas, doesn’t quite capture the romantic ideal of dark academia, but it is a reality for many in higher education. Around a third of adjunct professors earn less than $25,000 a year, according to one 2020 report. Grad students, who have been fighting to unionize in recent years, may earn as little as $10,500 a year. Meanwhile, students increasingly worry whether they will be able to earn enough to pay off the massive debt they took on to pay for their educations.

Such concerns may be in part responsible for skyrocketing mental health issues among students. In 2018, more than 60 percent of college students said they’d experienced “overwhelming anxiety” in the past year. Over 40 percent said they felt so depressed they had difficulty functioning. It is widely believed that the pandemic has only exacerbated such trends.

Who wouldn’t want to reclaim some of the romance of higher education — the musty glamour of hushed libraries full of undiscovered tomes, a sense of earned status and future promise, the heady access to power and privilege and undaunted knowledge? The notion that college is a cloistered moment in life, followed by infinite possibility?

In this dimmed light, Oxford and Hogwarts and small New England colleges can feel like safe harbors. You can understand the allure of an aesthetic that offers TikTokers “a version of a dream life in which they can spend their days reading the classics in a centuries-old library,” as CNN put it. “Many of its acolytes harbored dreams of attending storied schools across the pond and studying history, art or classic literature — subjects some college students might be discouraged from pursuing.”

Oh for a time when the true darkness dwelled only in the academy’s fictional realms. When one could listen raptly as a professor waxed rhapsodic about the urgency of 19th-century literature, holding tight to a world that esteemed learning for learning’s sake, dreaming of becoming a beloved classics professor or pursuing poetry to widespread acclaim. Without ever having to pay a price.