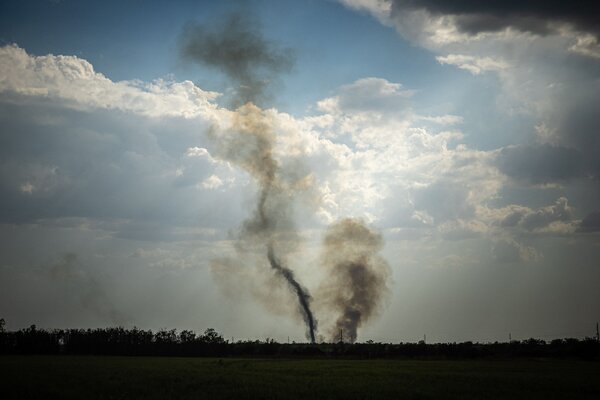 The summer of war in Ukraine, while brutal for soldiers and civilians on the front lines, has been experienced from afar as a stalemate, depressing enough in its grinding sameness to slip out of American headlines for a time.

The autumn and winter will be different, supplying answers to the two questions that will determine the war’s duration. First, how much territory can Ukraine liberate from Russian occupation? Second, how grim and desperate will the European winter be with normal Russian energy supplies cut off, and what political consequences will follow?

We are at the beginning of both stories. The long-promised Ukrainian counteroffensive is finally underway — at one end of the front line, a sudden and dramatic thrust eastward from around Ukrainian-held Kharkiv, and at the other a slower advance toward occupied Kherson, Russia’s only major beachhead west of the Dnipro River. The Kharkiv offensive has seemingly thrown the occupiers into disarray, liberating important towns and territories and sowing dismay and fury on the Russian side.

At the same time the Russian answer to Ukrainian courage and Western armaments is about to take full effect. The Nord Stream 1 pipeline is shut down, Europe’s leader are scrambling to prepare for a potential $2 trillion surge in energy costs, and everyone is trying to predict the consequences — from a shallow recession to a “full stop” that threatens deindustrialization, from stiff-upper-lip support for Ukraine to populist rebellion.

In wartime there is a dynamic relationship between events on the front and the political situation behind the lines. Some Western pessimists, conditioned by years of elite failure, expect the European home front to be the crucial theater, the place where hawkish hubris generates domestic rebellion against an open-ended commitment to Ukraine.

This is certainly Vladimir Putin’s hope, but my guess is that the interaction will run the other way — that events on the battlefield will be decisive, determining how the war is experienced politically in Germany, France or the Britain of King Charles III.

If Ukraine continues to make military progress, if outright Russian defeat seems within reach, Europe will be able to endure its winter of discontent without an antiwar rebellion. On the other hand, if Ukrainian advances stall out and the war seems destined for a multiyear stalemate, then the Western political establishment will be forced to push harder for peace, or else find itself pushed out from below.

There were already good reasons to hope for progress before the apparent Ukrainian breakthroughs. Although Putin’s government seems to be weathering the sanctions, Moscow is unwilling or unable to launch a general mobilization, it has obvious difficulties with munitions and morale, and the traditional Russian advantage in winter combat doesn’t apply to a situation where it’s the Russians themselves who are the invading power.

So it’s plausible to imagine a positive military-political feedback loop, where consistent Ukrainian gains shore up European resolve and carry the de facto alliance through the winter into a better 2023.

But there is a range of scenarios within this hoped-for future, and each present dilemmas where realism and pessimism may be as important as optimism and resolve.

In the best-case military scenario, where the Russians end up retreating pell-mell from the current front lines, the danger is that desperation might push Moscow toward nuclear brinkmanship — especially given the Russian strategic posture that envisions using tactical nuclear weapons to reverse battlefield defeats. As the United States learned to its cost in the Korean War, when our push to the Yalu River reaped an unexpected Chinese intervention, the question of how far a victorious army should push is not an easy one, and whether in Crimea or the Donbas, there may be a line that’s perilous to cross.

Alternatively, there is a scenario where a Ukrainian counteroffensive goes some distance but still stalls out well short of the prewar lines of control. For instance, the Ukrainians might push the Russians back to the Dnipro, liberating Kherson, but find themselves unable to reclaim territory on the east side of the river. In that kind of situation, with victories followed by a return to stalemate, the arguments for seeking a cease-fire would be strengthened — not out of any optimism about Moscow as a partner in peace, but to keep Western support on a sustainable and balanced footing, and to give Ukraine space for economic and demographic recovery.

Throughout the war, the immediate policies of Ukraine hawks have been mostly vindicated even as their long-term strategy has remained more doubtful. This is likely to be the season where that gap closes, where the speculative becomes reality, and we learn more about what war in the longer term will mean.

In which case we should hope both for rapid Ukrainian advances, and for wisdom, care and caution to accompany any victories they may win.