Readers reflect on what Catholicism means to the president, and to society. 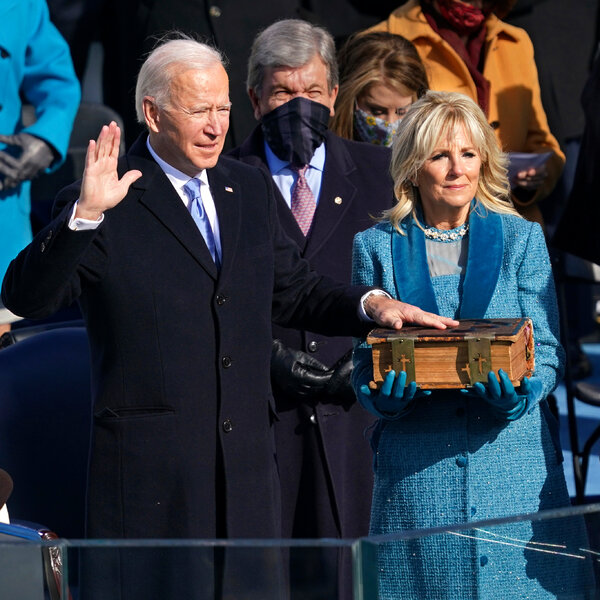 Joe Biden is only our second Roman Catholic president. I’m old enough to remember the controversy over John F. Kennedy’s Catholic faith when he ran for office in 1960. Specifically, would his devotion to the pope supersede his responsibilities as president of the United States?

To try to put the matter to rest, Kennedy gave a speech on the subject of his religion, which he delivered in Houston on Sept. 12, 1960. Among other things he said: “I am not the Catholic candidate for president. I am the Democratic Party’s candidate for president, who happens also to be a Catholic. I do not speak for my church on public matters, and the church does not speak for me.”

I don’t recall any aspect of President Biden’s faith coming up during the 2020 campaign. Perhaps we’re making progress.

Ross Douthat laments that Joe Biden’s past pro-life stance has “now been entirely subsumed … by his party’s orthodoxy on abortion.” Let’s note that the Democratic Party’s “orthodoxy” on abortion is that it is a matter that should be decided by individual conscience.

Plenty of room there for each citizen to act in accordance with her own religious or moral beliefs, rather than to have them imposed on her.

For Catholics, this crucial sacrament entails the individual responsibility to verbally acknowledge faults, accept penance, make amends and seek to avoid recurrence. America, brought to the abyss by the sin of racism, needs reconciliation.

Catholics will recognize that need, as well as the steps toward it: acknowledgment through a national truth and reconciliation commission; accountability for those involved in the most serious crimes like arbitrary executions of Black civilians and the separation of brown families; reparation for centuries of injustice, and the profound reform of law enforcement, health and education to bridge the structural divides sapping the country’s unity.

I hope that this urgent framework for building coexistence will cast light on President Biden’s path.

Ross Douthat describes the difference between liberal and conservative Catholics as a personal choice and an intellectual opinion. As a queer Catholic, I had no choice; after coming out, I found a home in the liberal Catholic tradition, which honored my personal exigencies and religious ethos.

Conservative Catholics frame my identity as a sinful choice, both damning me and undermining Catholic institutions.

Catholicism has a deep philosophical stamp on those raised within its traditions (especially in schools, which educate millions).

The belief in service, respect for interconnectivity, and faith in institutions are not casual tenets; they are guiding principles that inform and sustain Catholics like me.

As a practicing Catholic, I agree wholeheartedly with President Biden’s view, which is, as you say, “less focused on sexual politics and more on combating poverty, climate change and racial inequality.”

Perhaps a fair amount of self-righteous Catholics (and the entire evangelical crowd) who supported Donald Trump need to look themselves in the mirror and do some soul-searching about what it really means to be a good human being every day, not just on Sundays.

Tags: Catholic Church, de, US Politics
You may also like
Recent News: