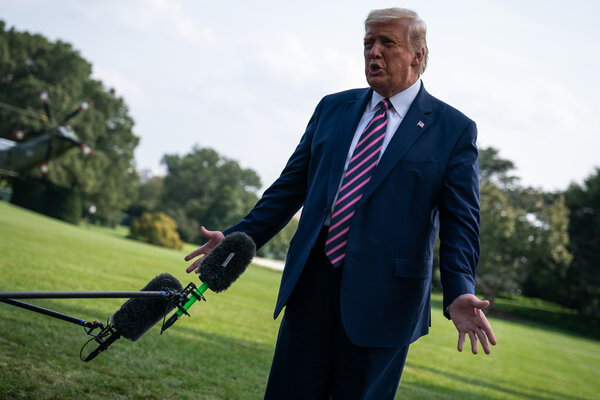 I love “The Daily Show” or “The Colbert Report” as much as anyone, but I think that the suggestion to mock President Trump is unwise. The American political climate is saturated with satire and mockery. It hasn’t made a dent in Mr. Trump’s base.

Mockery can be cathartic, but it also divides. There has been plenty of mockery among Americans in the last four years, and not nearly enough respect or compassion. When the left mocks Mr. Trump, too often his voters are mocked as well. That doesn’t win anyone over.

I am a political cartoonist — one of those people whom Nicholas Kristof praises in his column and, not incorrectly, identifies as an “endangered species.” Today there are many talented cartoonists hard at work, despite the challenge to our industry.

It’s high time The Times gets back in the game and recognizes that cartooning is a unique, powerful art form — and begins publishing cartoons regularly again.

Editorial cartoons, at their best, offer succinct, focused commentary with a visual component that is tailor-made for the era we’re in since they can easily go viral online.

Ward Sutton
Fort Collins, Colo.
The writer was the 2018 recipient of the Herblock Prize for editorial cartooning.

Nicholas Kristof is spot on in reminding us that mocking President Trump is the best possible strategy. The mockery of Hitler by Charlie Chaplin in “The Great Dictator” and by Mel Brooks in “The Producers” is a testament to that idea. Chaplin is gone, but it is not too late to add Mr. Brooks to Joe Biden’s team!

To beat President Trump, mock him? Nothing easier! Simply make a video of Mr. Trump’s gaffes, malapropisms, absurdities, tasteless utterances, vulgarities, falsehoods, etc., and play them over and over. His own words should do the job.

When Writers Self-Censor for Fear of Giving Offense

Re “The Encroachment of the Unsayable,” by Bret Stephens (column, Oct. 20):

The writers I know, novelists especially, are so terrified of writing something that might be deemed offensive — because of “cultural appropriation,” “othering” or race and gender sensitivities — that, as Bruce Springsteen once said of poets, they “don’t write nothin’ at all.”

It has become next to impossible, for one example, to put on the page an evil character who belongs to a marginalized or oppressed group. Novels are symphonies of the imagination, and deal primarily with the magnificent uniqueness of the individual — Jane Eyre, Bigger Thomas, Gatsby — and, while they may have a political impact, they should not be read, or judged, as pamphlets.

We are killing democracy, yes, one timid book after the next. And among other negative consequences, this crippling of the imagination has hampered our ability to see each other, beyond the labels, as human beings.

Roland Merullo
Conway, Mass.
The writer is the author of 16 novels.

What a wonderful set of contrasts among your Opinion writers. While Bret Stephens worries that writers are feeling constrained from insulting Muslims, Michelle Goldberg reports on how Republicans are happily spreading Russian disinformation to attack Joe Biden (“Is the Trump Campaign Colluding Again?”), and Scott Wiener, a member of the California State Senate, reports on how many mainstream Republicans are happily feeding QAnon’s violent extremism (“When QAnon Came for Me”).

Maybe some things are best left unsaid, and maybe the bigger threat is from the Republicans than from the liberals.

A Redo on Immigration

“Undoing Trump’s Immigration Policies” (editorial, Oct. 11) is correct: It will take years to repair the damage the Trump administration has done to our immigration system. The editorial also says, “If Democrats were to take control of Congress and the White House next year, it would be fairly simple to undo some of the damage.”

A future administration can work with Congress to pass the Dream Act; update the registry date so that undocumented immigrants of good moral character residing here since a specific year (now 1972!) can become legal permanent residents; and raise the refugee ceiling.

Even without Congress, a new administration can reopen the Central American Minors Program and roll back every Trump administration immigration regulation and policy, including so-called safe third country agreements and “Remain in Mexico.”

Mark Hetfield
Silver Spring, Md.
The writer is the president and chief executive of the Jewish refugee group HIAS.