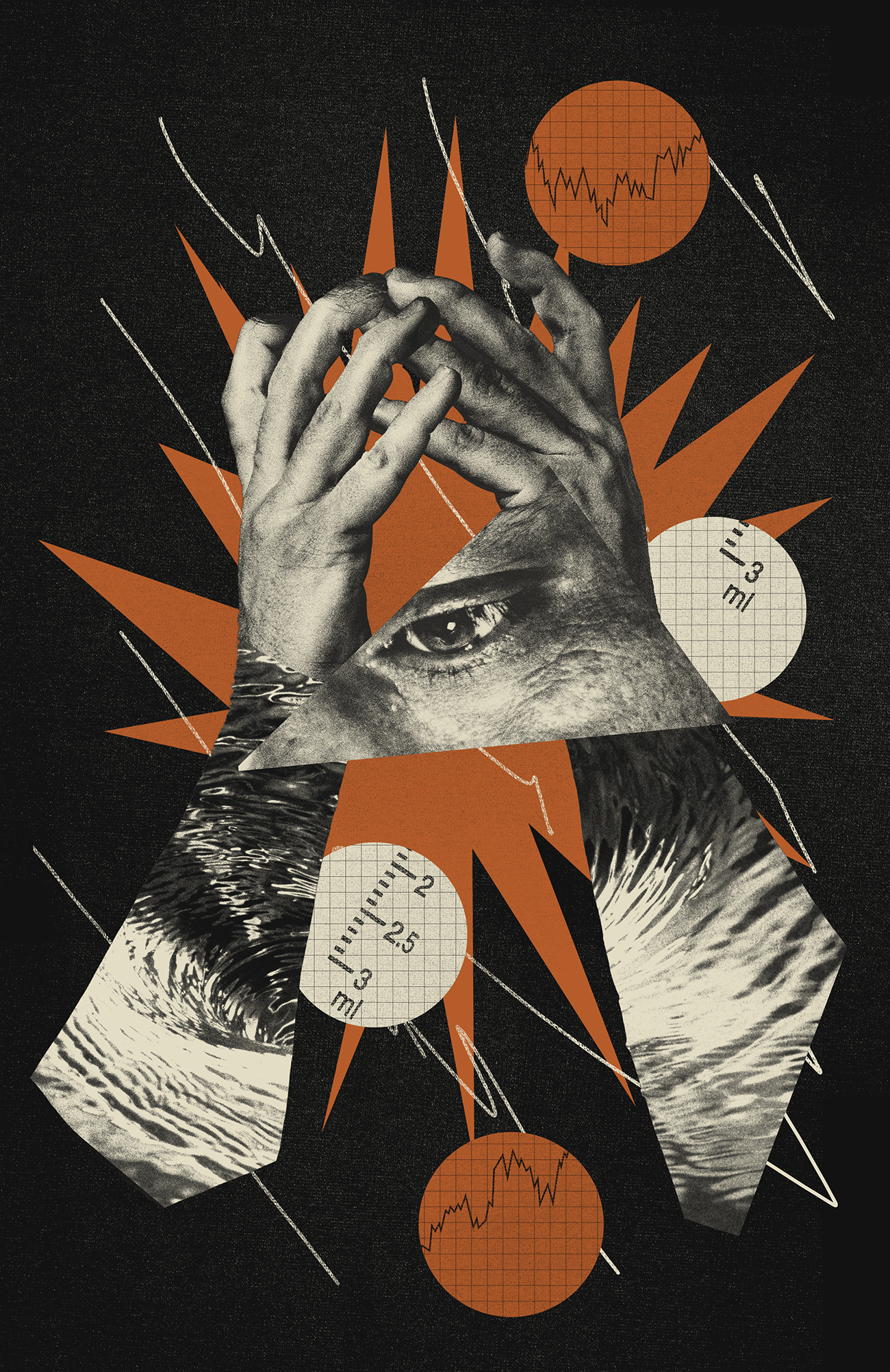 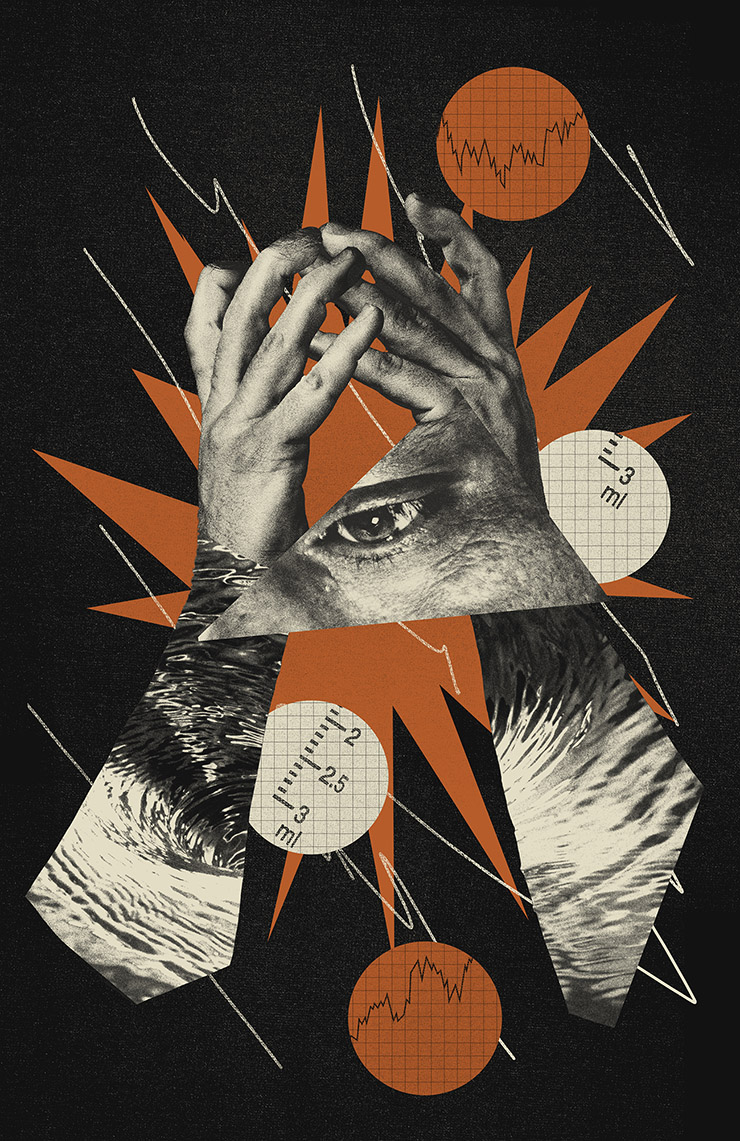 Ms. Smarsh is the author of “Heartland: A Memoir of Working Hard and Being Broke In the Richest Country on Earth.”

In the spring, I received my Covid-19 vaccination shots from county health workers in an old building on the main street of a tiny Kansas town. My first dose came from a quiet nurse wearing a plastic visor over his N-95 mask and a leather cowboy belt with ornate metal inlays. My second dose came from a smiling older woman who, when I reported with vague concern that I had experienced strong side effects from the first shot, patted me on the shoulder and said, “It’s better than a tube down your throat, hon.”

Fellow county residents waited their turn in muddy boots and faded work jackets while the April wind stirred their fields of early wheat. There was corn to plant, but they had found time to make long drives to what was then the only vaccination site in 500 square miles. Our ages, politics and backgrounds varied, but we were mostly white, rural people who wanted to live.

Today, the wheat has been harvested and the corn is high, but still roughly one in three people approved for the vaccine across the country has not yet received — in many cases, has willfully refused — a single dose.

Abetted by that slow rollout, Covid-19 has resurged. Following a short, beautiful moment of relaxed precautions while cases were down at the start of summer, we again don masks, change plans and worry about how to keep ourselves and our loved ones safe. Vaccination rates are on the rise as the hesitant become less so, but the coronavirus will likely be with us indefinitely. How does one process this brutal reality?

Many vaccinated Americans are tired, disgusted and eager to assign blame. Public health experts and government officials, including some Republicans, have shifted from sensitive prodding to firm condemnation of those forgoing vaccination. Private conversations among the inoculated take an even less diplomatic turn: “We were so close, and these stupid, unvaccinated jerks ruined it for the rest of us.”

Fatigue and outrage are appropriate emotions, considering all that has been lost to Covid-19: lives, jobs, experiences, money, physical and mental health. But those feelings, if not properly channeled, can themselves take a heavy toll. What do we do with our anger?

I am a progressive woman who resides in a conservative state. I am on record in this fractured political era as a proponent of maintaining connection across gulfs of understanding, with the caveat that this civic burden falls to people whose social privileges allow them to engage safely with “the other side.” But seeking to understand dangerous behaviors and beliefs is quite different than permitting them. I myself, by many accounts an amiable person, once yelled at a truck stop full of unmasked people to read the sign on the goddamn door.

Fury — collective, generational, political, cultural, individual — is utterly familiar to me, more so than the happy serenity of my current life. I was a child in poverty during the 1980s “farm crisis,” when federal policies favoring big corporations devastated rural communities. Everywhere I turned, something was dying: the local grocery store, the family farm, the cancer victims whose water supply contained agricultural runoff. There was joy in my family, but there was also addiction, abuse and neglect that drew from a deep well of justifiable rage and sorrow.

Anger is a contagious energy that jumps quickly from one person to the next. It will seize your mind and body as its host. If allowed to explode, it will hurt others. If allowed to implode, it will hurt you. I had to learn early how to transmute it for the sake of my own survival. I found that it can be the source of a powerful alchemy. If we are up to the task, it could help us create something good together.

That alchemy begins with awareness. Are we justified in our indignation? Do we have the facts? If we do not understand the problem, our feelings are untethered from reality. Untethered anger tends to be unproductive and selfish, delighting our own egos rather than directing us toward necessary action.

So when you are ready — and if you are never ready, whether because you mourn a loved one’s death or your own altered future, I won’t judge — let us hold our rage in our hands and look closely to see what it contains.

Our national conversation has reached the point where many Americans are done with any and all excuses offered by the unvaccinated. Some of the inoculated are not just self-righteous but downright venomous, arguing on social media that hospitals should refuse to admit unvaccinated Covid-19 patients, calling them trash and wishing them a painful death. Residents of blue America have pronounced this a red-America problem. “Our state did a great job fighting the pandemic,” one person tweeted. “Our reward? The mouth-breathing knuckle-draggers in adjacent red states flooded their hospitals and spilled over into ours.”

Old political resentments have found a new outlet in the fraught vaccine debate. “I’ve been pissed off since Reagan was elected,” another Twitter user quipped in a thread parsing the emotions of the vaccinated. Exhausted, despairing minds find comfort in turning complex realities into simple, opposing categories. The noble, upstanding vaccinated American and the selfish, stupid, unvaccinated one. The good liberal citizen and the far-right anti-vaxxer.

Available images reinforce these notions. A vocal contingent of conservatives appear at meetings holding hypocritical signs about liberty, on the Internet sharing memes about liberal sheep, on the nightly news spitting on public health officials. They command attention, and their share of the unvaccinated will increase as more persuadable people get their shots. But they are not yet the overwhelming majority of the vaccine reluctant. A study of survey results from March showed that 16 percent of eligible Americans refused the vaccine because of skepticism about the pandemic, marked by a belief in at least one conspiracy theory. The same study found that a higher number, some 22 percent, hadn’t gotten vaccinated because of concerns about cost, safety or systems that previously did them wrong. Millions more, of course, are children under 12 and those disqualified by underlying health conditions.

My white, working-class family contains liberal women and men who have been vaccinated; liberal men who have not for fear of losing a day of work to side effects; conservative men who refuse under the influence of disinformation; liberal women and men who have delayed for fear of the for-profit health care industry; and conservative women who are considering getting their first dose. My grandmother — a former Bernie Sanders voter, a childhood polio survivor and a strong compulsory vaccination proponent — was the first among us to get a shot.

I cringe when I see the rampant stereotypes on social media painting the unvaccinated as rural white folks, by now a frequent scapegoat for our country’s ills. “Spreadnecks,” I’ve seen them newly termed (as in, “rednecks” spreading the virus). Never mind that, per the C.D.C., the daily case rates in urban and nonmetropolitan areas closely track one another.

This archetypal bumpkin villain of post-Trump America has long received too much credit in a country where Trumpism thrives in affluent, white urban communities bursting with college degrees. In handling the pandemic, such misdirection of attention keeps us from what we should be doing: trying to reach the vast group of people who might choose vaccination if barriers to access and knowledge were removed.

One overlooked barrier, as ever in this country, is socioeconomic class. Polls conducted by the Kaiser Family Foundation earlier this year found that working-class people — white, Black, Hispanic, Democrat, Republican — were less likely to be vaccinated. Vaccination rates for Black and white college graduates, meanwhile, were almost identical. The so-called “uneducated” of all races and backgrounds are hampered not by a lack of good sense but by a lack of money and power. Their education status keeps their income low, and income predicts insurance status. When the highly contagious Delta variant was taking hold, uninsured Americans had the lowest vaccination rate of 22 subgroups examined by Kaiser.

Having gone without health insurance for much of my life, I can attest that the experience does not promote trust in the health care system, better known to the uninsured as a crippling source of debt than a helpful provider of cures. The Center for Economic and Policy Research found that states with higher rates of insured people generally have higher vaccination rates. People of color are disproportionately uninsured, as conditions of class — poverty and lack of education — intersect with systemic racism. Nonetheless, myriad news stories investigating the vaccination divide fail to mention the words class, education or income once.

The longer we spend furious at the bad actors among us, the further we move from the truth: That many unvaccinated people are scared just like us, and that with the right help and information, they would sit down next to nurses and pull up their sleeves. We must instead turn our anger into actions that help our cause.

We can demand public-health mandates, political blowback be damned. We can communicate with the cost-anxious and wait-and-see people who remain open-minded despite skepticism wrought by a lifetime of disadvantage. We can do good deeds to negate harmful ones, like donating money to a nonprofit health clinic when we see anti-science protesters on the sidewalk or in the news. We can also, in my opinion, occasionally tell those protesters to screw off, if it gets us to our next moment of grace. (I didn’t say I was enlightened.)

Most importantly, we can direct our rage not at lost individuals but at systems of power that made our grim national death count the only plausible outcome. Is it so shocking that a caste-based society that exalts individualism and prioritizes profit above wellness — one of the only industrialized nations without universal health care — would fail to rise to the challenges of a collective health crisis?

Despite our failings of national character, Americans were the fortunate few at the front of an eight-billion-person line, saved by stockpiles of quickly developed vaccines that poor countries around the world have struggled to access. We were among the first of our entire species invited to receive a tremendous feat of modern science into our blood — a choice that hundreds of thousands of Covid-19 victims, who died before vaccines were available to them, did not live to make. Those of us who get the vaccines, current data tells us, will almost certainly survive this pandemic and even a lifetime of seasonal, endemic Covid-19 outbreaks.

Maintaining that perspective can be hard when staying healthy requires keeping track of case counts, changing guidelines, the science of booster shots and the safety rankings of face masks. So when all else fails, if your anger at “the unvaccinated” feels unbearable, focus less on those whose actions are beyond your control. Remember how you felt last spring, at a city stadium or a suburban pharmacy or a rural community building, when you got a shot. How will you remember its blessing? What will you do with the life that it saved?