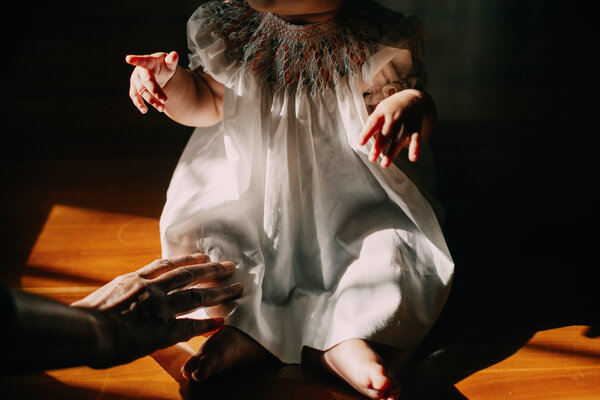 “The Birthrate Is Falling? That’s Not Bad,” by Jill Filipovic (Opinion guest essay, June 28), got it right. It clearly identifies the increase in women over 40 having babies as a sign of increasing education, the need/desire to work, and changing women’s roles.

I’ve spent the last two years collecting stories from people who have become parents after 40, and can attest to these circumstances as reasons for this growing phenomenon. What is also clear is that to make delaying motherhood a more viable and positive option, we need major policy changes like paid family leave, universal child care, better wages and changes in health insurance. Instead, what we are witnessing is an increasing number of restrictions on birth control and abortion access and an all-out assault on reproductive rights.

We need to call out this backlash for what it is: an attempt to reverse the trend of later parenthood and prevent women from pursuing what Ms. Filipovic calls “a new landscape of opportunity.”

Vicki Breitbart
Brooklyn
The writer is co-editor of “Tick Tock: Essays on Becoming a Parent After 40.”

From an environmental standpoint, the fact of women having fewer children is a good thing. Humans as a species have ballooned across the earth, taking up space and resources and pushing out other species to the brink of extinction. What’s so bad about having fewer or no children?

There are about 7.7 billion people on earth. We are connected to the earth and dependent on its survival for our own survival. As a species we are outstripping its resources. Climate change and its lethal consequences are just one example, but there are others, like accelerated habitat and species loss.

We cannot survive on this earth alone. We need healthy ecosystems for our own well-being and health.

Women who have one child or none should be lauded. They are contributing to a future that is more sustainable for everyone.

Women have finally come into their own in the United States, and they are not going to retreat.

They live full, productive lives, and this requires them to have autonomy over their bodies: to be able to choose if and when to reproduce.

By making limiting access to reproductive rights a linchpin of its platform, the G.O.P. is flying in the face of unstoppable change. Prohibition failed because too many people wanted to drink alcohol. Marijuana is on a path to full legalization for the same reason.

Why do Republicans think that they can succeed in forcing something on millions of women that they don’t want? This is a bad short-term strategy, and a fatal long-term one.

In reading the front-page article and online comments, I was struck by the absence of another reason for eschewing motherhood completely; call it a lack of maternal instinct. Older children and young adults are fascinating, but babies and small children don’t appeal to me at all.

Women of my mother’s generation were not allowed the liberty of saying they didn’t want children; there had to be a medical reason for childlessness, which was greatly pitied.

I had to wait until I was 35 to get a tubal ligation because of course I would change my mind and desperately want children. I am now 82, and being childless has not left me lonely and bereft; I have friends of all ages whose company I enjoy. Our friendships are all the sweeter because they are based not on blood ties but on mutual interests and affection.

It is frightening to me that no one in the Republican leadership in Congress has contradicted the insanity emanating from Mar-a-Lago.

There is, obviously, no mention in the Constitution for any mechanism for “reinstatement” of a defeated president, but the fact that no one in the former president’s party has seen fit to talk about this seems to be a tacit accommodation of this lunacy.

Can we not at least make this craven and dangerous silence a central issue of everyday politics?

A Moment of Optimism on Climate Change

There are so many issues facing our nation, so many areas where Republicans and Democrats seem so far apart that nothing good will happen, that headlines such as this offer a brief moment of optimism.

The myriad problems that confront our elected officials — voting rights, police reform, border security, China, Russia, Israel — have immediate needs and create partisan outlooks. However, climate change is a problem that can profoundly affect our lives, our children’s lives, the state of life and human existence into the future.

We can survive regardless of the outcome of the roadblocks to legislative action on most issues, but we cannot survive the denial of climate change.

One can only hope that the involvement of today’s young men and women, with the future of the world in their hands, can force reluctant Republicans to join the others to begin to tackle this issue. Can we hope?

Tags: Moth, Parenting, Women and Girls
You may also like
Recent News: