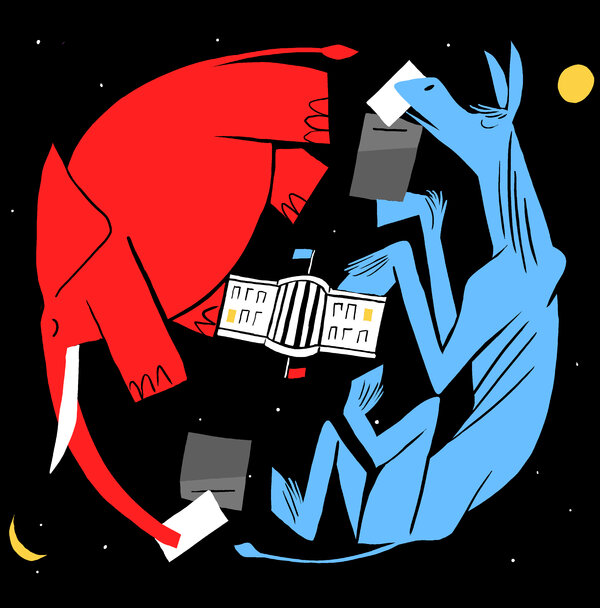 Mr. Kondik is the author of a new book about the history of the House of Representatives.

The election results from last week reconfirmed a basic reality about American politics: For either party, holding the White House comes with significant power, but in off-year elections, it is often a burden.

Democrats hoped that this year would be an exception. By trying to focus the electorate on Donald Trump, they sought to rouse the Democratic base. This approach would also avoid making elections a referendum on President Biden and his approval ratings, which have sagged after months of struggles with the Afghanistan exit, Covid, gas prices, inflation and congressional Democrats.

In other words, Democrats hoped that the usual rules of political gravity would not apply. But we should not be surprised that the familiar force endured.

Republicans performed well in races across the country — most notably in the governors’ races in Virginia and New Jersey, states that Mr. Biden won by double digits in 2020. Vote counts are still being finalized, but it appears they shifted almost identically toward the Republicans compared with 2017, the last time those governorships were on the ballot — margins of about 11 points. Virginia provides a striking example of how often the presidential party does poorly — the White House party candidate has now lost the gubernatorial race in 11 of the past 12 elections.

Unfortunately for Democrats, political gravity is also likely to act against them in 2022 — and they face real limits on what they can do about it.