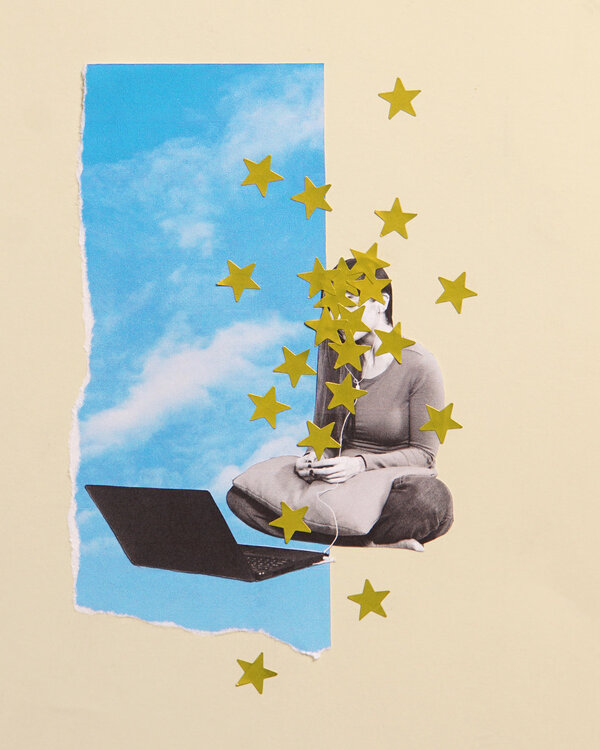 When my new therapist asked why I was seeking therapy this past summer, I didn’t have a concrete answer.

It wasn’t like the first time I’d gone to therapy, as a 21-year-old experiencing severe panic attacks every day. Then, a clear crisis had sent me out in search of someone to help me work it out.

This time it was more that I felt I should be in therapy. Most of the people in my social orbit are in therapy. A few are therapists themselves. My experience has been that therapy is good for me. But I had also managed the past few years — through a pandemic at that — without it, and I didn’t think I was on the verge of some total breakdown. I just figured going to therapy should be a part of my life. So I put it on my list of resolutions: learn Spanish; exercise three to four times a week; read more books; go to therapy.

I can’t say how much influence the way other people, especially on social media, talk about therapy had on my decision-making, but I’m sure it seeped in. There are armchair diagnoses of celebrities and other public figures happening in real time, alongside tweets admonishing people who display troubling behavior with the phrase “go to therapy!” There are detailed fantasies unfurled in long threads about what the world might look like if everyone (but especially cis-hetero-men) went to therapy and worked out their issues — all of the toxic masculinity poisoning the wells of communication and paths to healing. By not going to therapy, I reasoned — or maybe just felt — I was failing not only myself but also a vision of a utopia that existed just on the other side of a therapist’s couch. So I went.

Was I the only person doing this? I suspected not — and so I asked my therapist. Had she seen more people coming into her office, not because of some diagnosable mental illness or catastrophic life event, or even really any particular problem at all, but because it seemed, in some way, the right thing to do?

“Absolutely,” she told me, “I have had people come in and tell me, ‘I just feel like I’m supposed to be here.’” And my therapist wasn’t the only one. I talked to therapists, counselors and psychoanalysts from Virginia Beach to San Francisco, via phone, email and Zoom. And most of them agreed: People are showing up on their couches without knowing exactly why.

More people are receiving mental health treatment or counseling than ever before: In 2008, the year I first sought therapy, 30.2 million adults in the United States were getting help; by 2020, the number had risen to 41.4 million.

Of course, the past few years, since the pandemic arrived, have been a period of crisis, and it’s natural that more people would seek therapy to deal with the stresses of isolation and anxiety about illness. But it’s not just that. There has also been a sustained effort over the past decade or more to destigmatize mental illness and promote mental health, coming from activists, artists, celebrities and local governments. (I’ve written and spoken about the issue many times myself.)

There is no official point at which we can say that therapy is destigmatized, and it may well continue to be looked down upon in some communities (and for others, therapy remains inaccessible). Still, these efforts seem to be working. The list of celebrities opening up about their mental health issues grows by the day — Ryan Reynolds has spoken about his anxiety, Jonah Hill announced he would no longer do press tours because of panic attacks, and everyone from Selena Gomez to Jay-Z has extolled the virtues of therapy and mental health care. On an episode of Taraji P. Henson’s show “Peace of Mind With Taraji,” which highlights mental health issues, particularly within Black communities, the rapper Megan Thee Stallion talked about her struggles after the death of her mother and how she had come to view therapy differently.

But I’ve started to wonder if there’s a flip side to this new openness, a new form of judgment that has broken down into a too-simple binary: In therapy, good; not in therapy, bad.