NASHVILLE — Walter Mondale had no chance of beating Ronald Reagan in 1984, and everyone knew it. I went to a Mondale rally at Philadelphia’s Love Park anyway. The musical guests that day included Stephen Stills; Peter, Paul and Mary; and the immortal B.B. King, but the song I’ve carried with me ever afterward is not “Teach Your Children” or “The Thrill Is Gone.” It’s “500 Miles.”

“Lord, I’m one, Lord, I’m two, Lord, I’m three, Lord, I’m four / Lord, I’m five hundred miles from my home.” I can hardly think of my one disastrous grad-school semester in Philadelphia without hearing Peter, Paul and Mary’s version of “500 Miles” playing in my head like a soundtrack. “If you miss the train I’m on, you will know that I am gone / You can hear the whistle blow a hundred miles.” Even now, that lonely song is a faithful echo of my own loneliness in 1984, the perfect articulation of my own despair.

I had gone home to Alabama for Thanksgiving, and on the last night before I was to return to school, the tears started flowing and would not stop. My father did the only thing he could think of to help: He bought a train ticket to Philadelphia. Amtrak tickets were sold out when I was looking for a way home, but Dad found me a seat on a northbound train. If I had to go back at all, he figured, the train would at least get me there far more quickly and far more comfortably than the bus. For my father, a ticket for the Southern Crescent was a tourniquet, a way to stop the bleeding if not a way to stop the pain.

The Crescent, which runs from New Orleans to New York City, is still an Amtrak route today, passing through Mississippi, Alabama, Georgia, the Carolinas, Virginia and continuing on to points north. To ride the Crescent is to take a tour through much of the American South — big cities and small towns and sprawling farms, rivers and bayous and mountains and forests — including many parts of this region that aren’t visible from an Interstate highway.

What you cannot see from aboard the Crescent is any part of Tennessee. It was once possible to take a train from Chicago all the way to Miami, with a stop at Nashville’s Union Station along the way, but that route was a money-loser, and Amtrak canceled it in 1979. Salvation by train has not been an option for lonely Nashvillians ever since.

Today the train sheds are gone, the grand old station is a luxury hotel, and Nashville is one of the largest cities in the country without passenger rail service. For a city so centrally located, this absence is odd, especially at a time when we recognize the damage cars do to the environment. 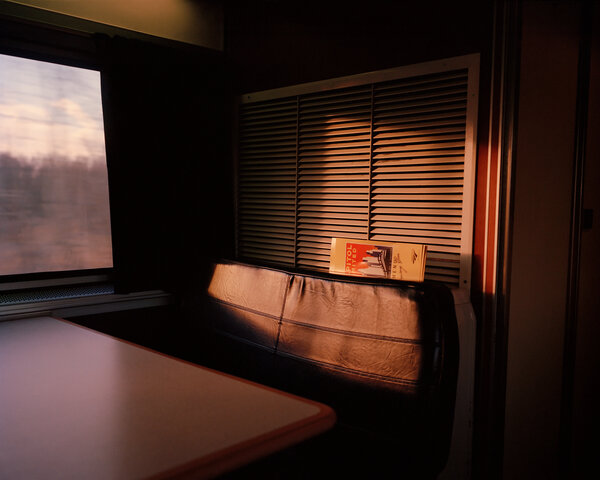 There are many brilliant proposals embedded in President Biden’s mammoth infrastructure plan, and most aim to address climate change as they also address other critical needs. Transportation is the largest source of greenhouse gas emissions in this country, and inspiring fewer people to drive cars will be a crucial element in the fight to limit the damage wrought by climate change. Expanding both freight and passenger rail service across the country is one plan that does double duty.

It’s sorely needed here in the South, where car culture is endemic. Nashville to Savannah, Ga.; Montgomery, Ala., to Atlanta; Houston to Fort Worth; Mobile, Ala., to Baton Rouge, La. — all, I am grateful to note, are on the list of possible new train routes if Congress fully funds Mr. Biden’s proposal.

It also happens to be a plan that ministers to the agitated traveler. If you’ve ever experienced rush hour Interstate traffic in Nashville or or Atlanta, whether you live in one of these cities or are only passing through, you know what a gift these new routes would be, especially if other provisions of the infrastructure plan — like expanding public transit and simultaneously making cities more pedestrian-friendly — are also carried out.

Aside from enhancing the walkability and breathability of our communities, there’s something about a train that reaches out to meet the yearning in the human soul. Perhaps it’s the rhythmic rocking of steel wheels on a steel track, as soothing as the motion of a rocking chair. Perhaps it’s that trains figure so prominently in our folk songs, linked to escape or adventure but ever joined to the tracks that point the way back home. At a deep, atavistic level, train travel is different from driving, different from flying, different even from riding the bus.

I wept all the way to Charlotte that Sunday in 1984, gazing out the window at the Alabama Piedmont and then at the plains of western Georgia, but it was dark by the time we reached North Carolina, and all I could see was my own reflection.

When they turned off the cabin lights and my seatmate closed her eyes to sleep, I tucked my book under my arm and made my way to the club car. There the overhead lights were off, too, but a single light shown above the table at each booth. A few people were reading. One was playing a hand of solitaire. I don’t remember if nobody was talking, or if the sound of the train moving down the tracks simply masked their quiet voices. “If you miss the train I’m on, you will know that I am gone.”

As I made my way to an open booth, darkness gathered outside the windows and in the corners of the car. Darkness swept across the floor and curled around the ceiling, and that’s when an old man at the far end of the car started to play a slow, sad song on the harmonica. It was the kind of music that fills a silence with longing and gives a voice to loneliness, and without needing any words at all. The aching kind of sound you would swear you could hear a hundred miles.

I know you think I’m making this up, or only misremembering myself as the tragic heroine of a movie where Willie Nelson plays a cameo role. But this part of the story I remember perfectly. Those thin, plaintive notes reached through the shadows and found me as I sat down alone, my eyes suddenly too blurred to read.

Margaret Renkl is a contributing opinion writer who covers flora, fauna, politics and culture in the American South. She is the author of the books “Late Migrations: A Natural History of Love and Loss” and the forthcoming “Graceland, At Last: And Other Essays From The New York Times.”