Warning: This story includes photos that some may find disturbing. Please read at your own discretion.

Russia appears to have its very own highway to hell — if hell were the frozen-over eastern region of Siberia.

Russia’s interior ministry says it’s looking into a gruesome discovery in the Siberian city of Kirensk, where several locals spotted human remains embedded in the road earlier this month. The remains included various bones and human skulls, according to reports. 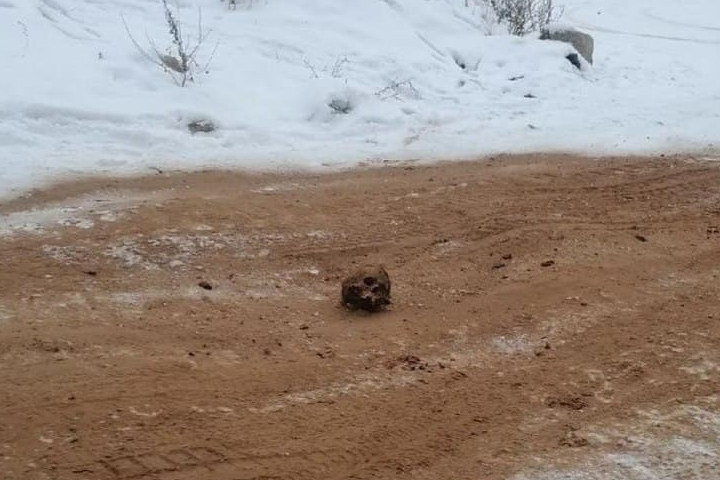 “I can’t even describe how ugly this is,” Yakutsk lawmaker Nikolay Trufanov wrote on Facebook Sunday. “Sand with skull and bones was put on the roads.” 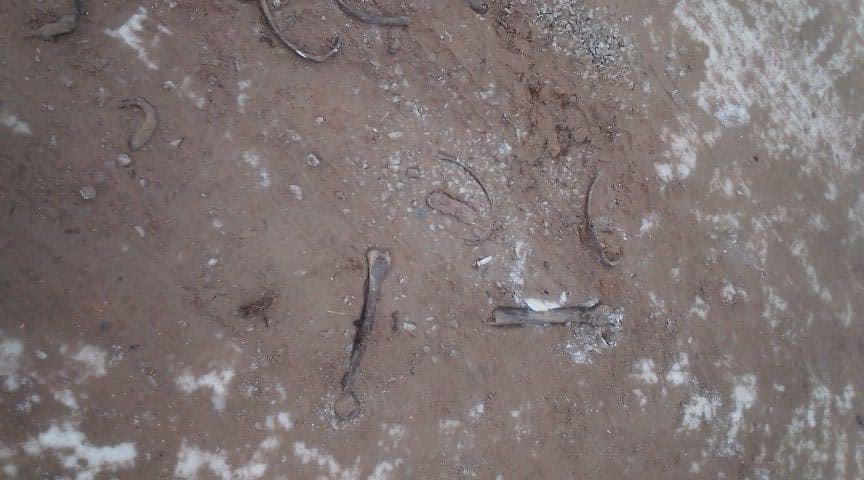 Officials say municipal workers harvested sand from a nearby cemetery in order to de-ice the roads. It’s believed the workers disturbed several century-old graves and scooped up the bones in the process.

“They took it and did not check it,” a government source told Russia’s Interfax News. “As a result, the bones ended up on the road.”

Experts are reportedly examining the remains, which are thought to date back to the Russian Civil War of 1918-20.

It wouldn’t be the first time bones have been found in a road through Siberia.

The infamous Kolyma Highway has long been known as the “Road of Bones” due to the thousands of Gulag prisoners who died while building it. The Soviet Union’s brutal Stalin regime ordered those prisoners buried in the road, and the bones are occasionally unearthed by weather to this day.

Investigators are looking into a local contractor in Kirensk to find out how exactly the latest incident occurred.

The bones have been removed from the road.

Tags: Bones, History, human, RUSSIA
You may also like
Recent News:
This website uses cookies to improve your user experience and to provide you with advertisements that are relevant to your interests. By continuing to browse the site you are agreeing to our use of cookies.Ok