WASHINGTON (Reuters) – A month into efforts to broadly reopen the U.S. economy there is little clarity either on the pace and durability of the recovery, or on the ability to convincingly suppress the virus that has killed more than 112,000 Americans. 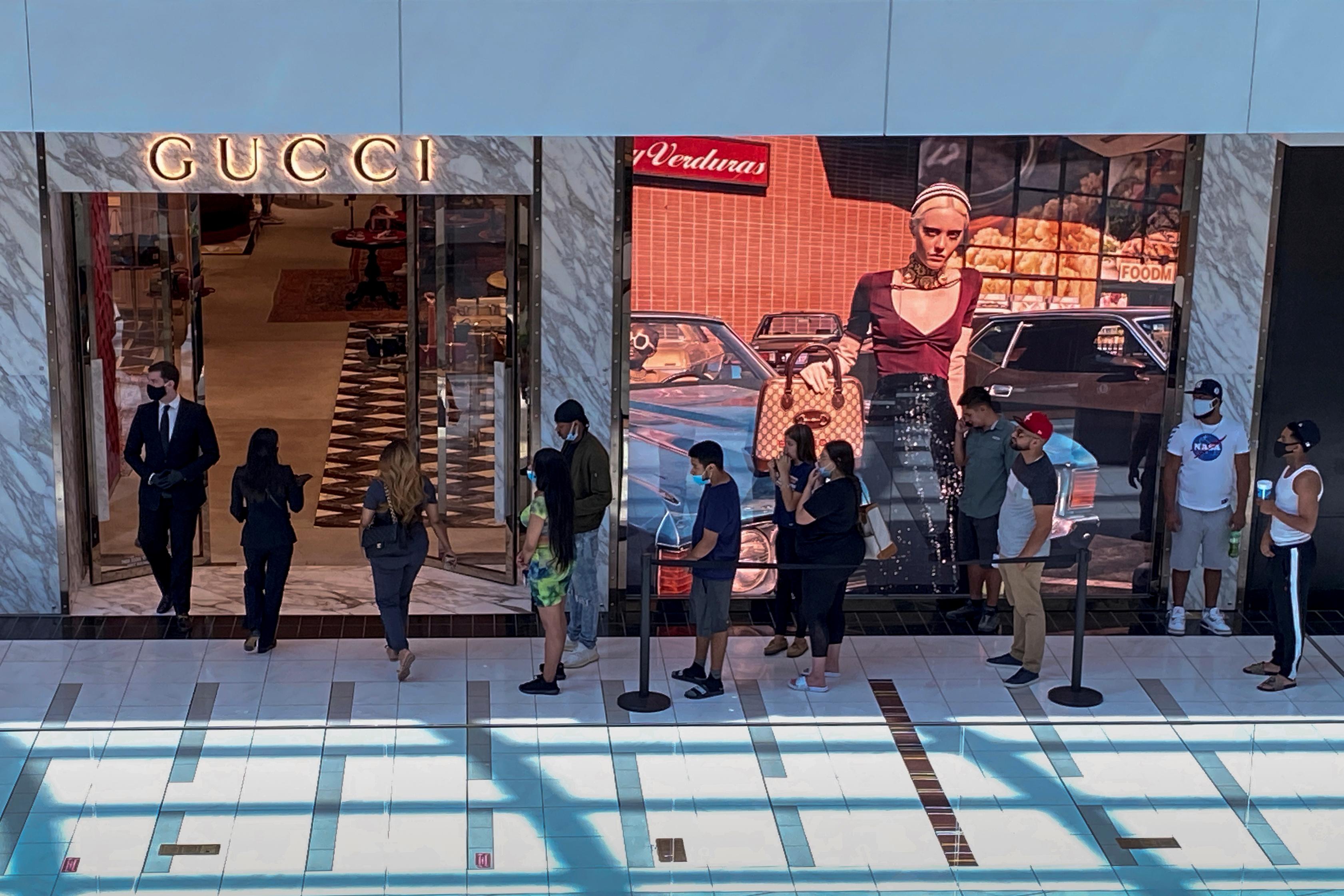 Data on cellphone traffic, employee time management and weekly unemployment claims point to an ongoing and steady climb back – but one that shows stark divisions among states, and some evidence the spread of the novel coronavirus may be greater in places where economic activity is picking up faster.

The situation may mean tough choices for policymakers in the weeks to come.

Treasury Secretary Steven Mnuchin has ruled out another shutdown of the U.S. economy regardless of the trajectory of COVID-19, the respiratory illness caused by the coronavirus. That will leave it to states and local governments to balance concerns about public health with waning patience across the country for a return to the strict measures taken in March and April to slow the spread of the virus.

At the same time, economic activity is not bouncing back fast or uniformly, slowly sorting the country into potential winners and losers in the pandemic response, and raising the stakes of a debate in Congress over whether to provide more emergency funding to blunt the economic fallout. Deadlines are already passing for aid to some small businesses, and enhanced unemployment benefits expire for many workers in late July.

Data on small businesses collected by time management firm Homebase shows the dynamic. Companies that have reopened have quickly restored employment to pre-shutdown levels. National averages remain low, Homebase suggested, because so many firms have not been able to reopen at all.

The suspected economic fallout from the virus “went from a few weeks to a couple of months to ‘oh my gosh what does the world look like forever?’” said Julia Coronado, president of research firm MacroPolicy Perspectives. “It kind of creeps in both for an employee and a firm. Temporary furloughs rotate to permanent reductions … If you are in a social-contact profession, it might feel like you have to make a choice between economic well-being and health … This will take place over time.”

Nationally, foot traffic at retail stores last week was solidly within 20% of 2019 levels, according to cellphone data company Unacast, while time management firms Homebase and Kronos said more people were working across industries. At the April peak of social-distancing restrictions, activity was down in excess of 50%.

Weekly unemployment data pointed in the same direction on Thursday, with initial claims for jobless benefits falling last week and continuing claims declining for the week ended May 30, a possible sign that reopened businesses are bringing back some workers.

But the regional variation in the retail traffic numbers was striking. About a third of U.S. states, on a line from Montana southeast to Alabama, showed a full recovery, according to Unacast data.

Meanwhile, the coastal and mostly Democratic-leaning states that were hit earlier and harder by the pandemic have seen little rebound. Since a March 13 national emergency was declared, 19 states have not had a day in which estimated retail traffic reached 2019 levels. Fourteen of them are on the coasts.

Those states, however, on the whole have seen steadier progress in tamping down the growth in new coronavirus cases, according to a Reuters analysis of the week-to-week change in case growth.

Of three week-to-week changes measured over the last 28 days, states showing the least recovery in retail foot traffic reduced the growth in coronavirus cases an average of two of the previous three weeks. The average for other states was just 1.3 weeks of the past three.

The conflicting data around the path of the economic recovery and the trajectory of the virus will likely vex analysts and policymakers for weeks to come.

That puzzle was at the heart of Federal Reserve Chair Jerome Powell’s remarks following the end of the U.S. central bank’s latest policy meeting on Wednesday. Powell said high unemployment could linger for years as the country wages a state-by-state, city-by-city fight to keep the virus at bay until a vaccine or other broad treatment is found.

For more on the data referenced here:

Tags: ANALYSIS, ECONOMY, REOPEN, US, USA
You may also like
Recent News: