The latest installment of Amex Trendex, a monthly trend report from American Express that surveys consumers across the U.S., U.K., Australia, Japan, Mexico, India and Canada on financial plans, found that consumers are prioritizing personal wellbeing with more time at home while dreaming of travel in 2021.

The survey was conducted between Sept. 29 and Oct. 9, and polled consumers with a household income of at least $70,000 or country equivalent.

“Over the past several months, our Amex Trendex has shown that consumers’ overall optimism around spending is increasing, especially when it comes to spending online and with local and small businesses,” said Rachel Stocks, executive vice president, global premium products and benefits at American Express “As we approach the holiday shopping season and New Year we hope that this trend will continue.”

According to Amex, consumers are seeking out some sort of normalcy, despite the current environment, during the holiday season. In fact, 64 percent of respondents told the company they think of giving and getting gifts and celebrating as a way to reconnect with life before the pandemic. And at the same time while 67 percent said the pandemic has made them “more conscious of holiday season spending,” though 48 percent said they still plan to spend more on holiday season gifts this year compared to last year.

Ones to Watch: Mia Vesper 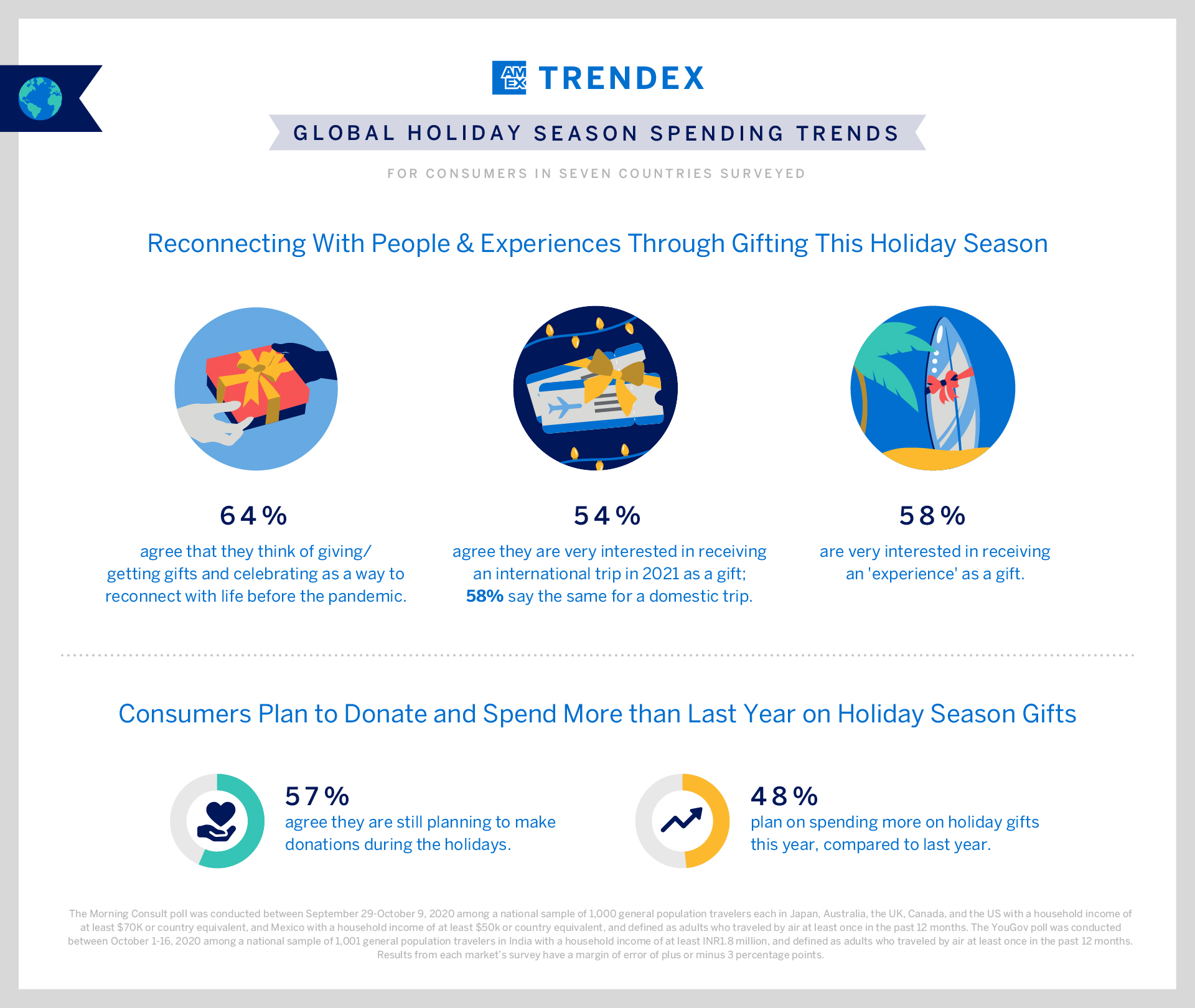 With 2020 marking the year many consumers discovered new ways to practice fitness and wellness at home, Amex found the trend will likely continue with 70 percent of respondents saying they are more likely to care about fitness moving forward and 68 percent agreeing they have an increased appreciation for fitness. Notably, 57 percent of respondents in the U.S., Canada and Mexico said they will likely use the upcoming daylight savings time to focus on wellness.

And consumes are shifting spending trends in activewear too. Forty-five percent of consumers said they are spending more on activewear this year compared to previous years. However, 64 percent agree they are “wearing activewear to lounge in more than to work out” this year. Still, 27 percent of adults ranked eating healthier as their top priority in personal wellness for next year. 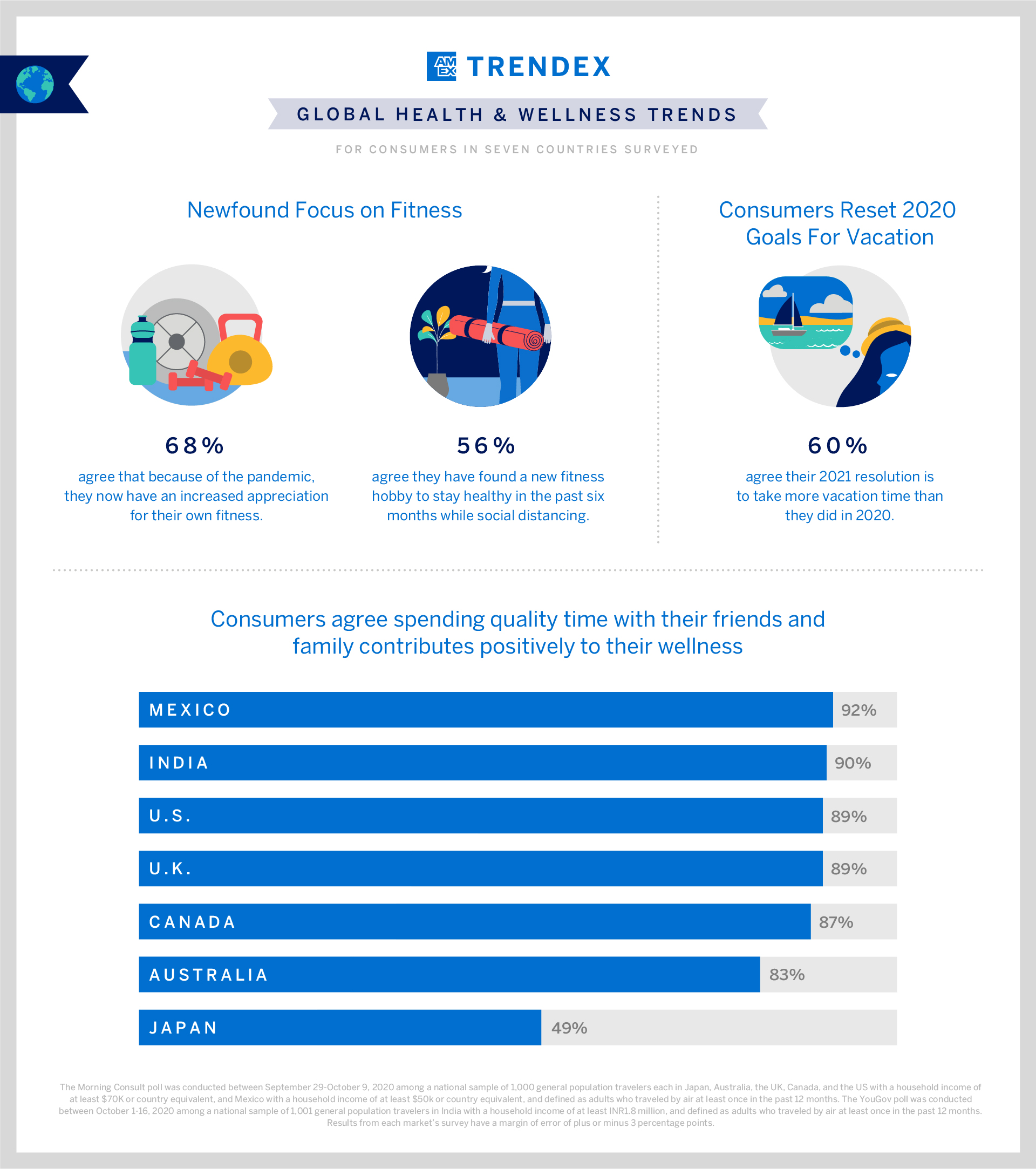 Tags: Consumer Behavior, Coronavirus
You may also like
Recent News: