(Reuters) – If April was the month Americans hunkered down at home to fight the coronavirus pandemic, June may prove the month they officially lost patience, venturing back to restaurants, beauty salons and other socially dense activities that hinted at an economic rebound but may also be contributing to a new viral surge. 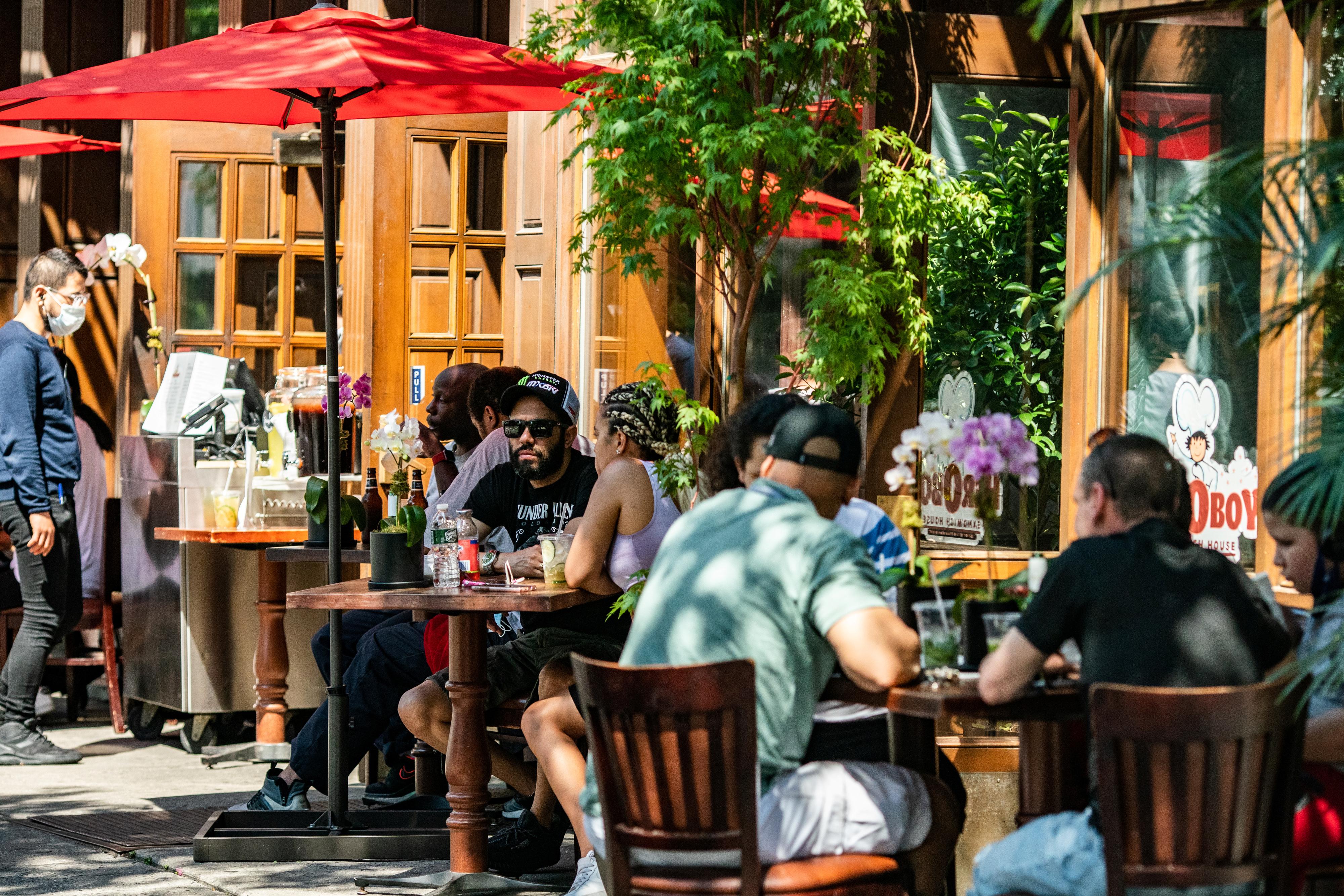 Data from cellphones, time clocks, and top economic forecasters all pointed toward a steady rebound in economic activity last week, and one that began to include sectors initially left out as too risky because of the proximity among customers and staff and the patchy enforcement of mask-wearing and other safety measures.

Cellphone data from Unacast showed restaurants at nearly half of U.S states passed 2019 levels of activity last week, with beauty salons and, to a lesser degree, gyms and wellness centers also showing improvement.

Nationally, data from Unacast and Safegraph both showed foot traffic at retail locations continuing to climb toward pre-shutdown or year-ago levels. A retail scorecard maintained by Unacast showed 23 states where visits to retail stores overall were above 2019 levels.

While not indicative of sales, those measures mesh with higher levels of credit card spending reported by JPMorgan Chase and with a recent surprise jump in retail consumption – possible evidence that stimulus payments and enhanced unemployment benefits were for now having their intended impact.

Time management firms Homebase and Kronos, covering a sample of small businesses and a swath of firms across industries, both pointed to more employees on the job.

The index combines a variety of economic, social and health measures into a single metric, and suggested the recovery may be at a plateau — with coronavirus cases reaching a record in states like Texas that had been seeing a quicker rebound.

For more detail on the data referred to in this story:

Tags: ECONOMY, REOPEN, US, US Feder, USA
You may also like
Recent News: