His buildings include China’s tallest skyscraper, in Shanghai, and the terminals at San Francisco International Airport. 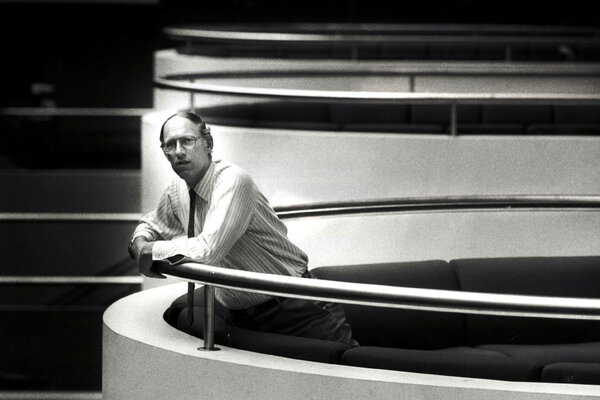 Art Gensler, an architect and entrepreneur who turned a small San Francisco architecture firm into one of the largest in the world, with projects spanning the globe, died on May 10 at his home in Mill Valley, Calif. He was 85.

His death was confirmed by Kimberly M. Beals, a spokeswoman.

Mr. Gensler’s most prominent works include the terminals at the San Francisco International Airport and Shanghai Tower, a twisting glass structure that is China’s tallest skyscraper and the second-tallest building in the world, at 632 meters, or 2,073 feet. (The tallest is Burj Khalifa in Dubai, at 2,717 feet.)

Among the firm’s other projects are the 32-story Tower at PNC Plaza in Pittsburgh; the Banc of California Stadium, home of the Major League Soccer expansion team the Los Angeles Football Club; and the Westin DEN Hotel and Transit Center in Denver, combining a transportation hub with airport connections, an open-air plaza and a hotel suggestive of a giant wing about to take flight. 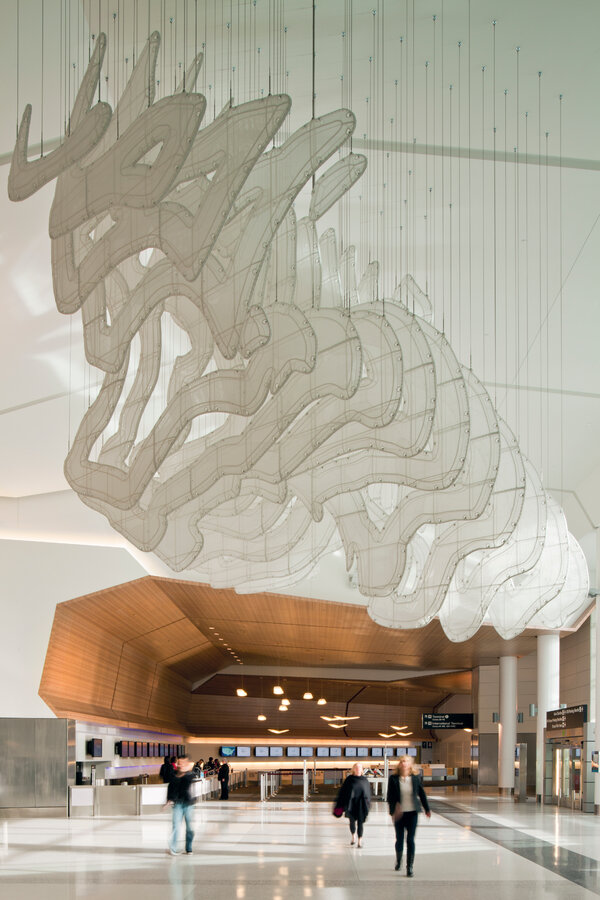 At a time when many architects overlooked interior design, Mr. Gensler made it a key component of his architectural practice. He said he designed spaces from the “inside out,” meaning he thought first of what a client wanted an interior space to look and feel like and then used those desires as inspiration for the exterior of a structure.

Gap is one of the firm’s major clients for interior design, with stores around the world. Another is L’Oréal, which commissioned Gensler to design the interior of its 10-floor U.S. headquarters in the new Hudson Yards development in Manhattan.

Mr. Gensler and his wife, Drue Gensler, founded M. Arthur Gensler Jr. & Associates in San Francisco in 1965, teaming up with a business partner, James Follet. The practice started in a one-room office with just $200 in the bank, by the firm’s account.

The firm grew exponentially, ultimately employing thousands of people at offices in 50 cities around the world. The firm’s revenue exceeded $1.5 billion in 2019.

Millard Arthur Gensler Jr. was born on July 12, 1935, in Brooklyn. His father sold acoustical tiles for the manufacturer Armstrong, and his mother, Gertrude Gensler, was a phone company switchboard operator. The younger Mr. Gensler earned a bachelor of architecture degree from Cornell University’s College of Architecture, Art and Planning in 1958. While there, he met Drucilla Cortell, whom he married in 1957.

He stepped down as the company’s chief executive in 2005 but continued to serve as chairman until 2010.

Mr. Gensler received many accolades over his 65-year career, including the American Institute of Architects’ Architecture Firm Award in 2000. He was a charter member of Interior Design magazine’s Hall of Fame.

He is survived by his four sons, David, Robert, Douglas and Kenneth, and 10 grandchildren. His wife died in 2017.

Mr. Gensler was known for his skill in recruiting and mentoring young talent. In a 1994 interview with The New York Times, he said his secret to attracting talent was that he had enough self-confidence to hire people smarter than he was.

“I get as much joy out of seeing one of the people I’ve picked do extremely well as I do seeing a building I’ve done,” he said.

Tags: Architectur, Gensler, OBITUARY
You may also like
Recent News: