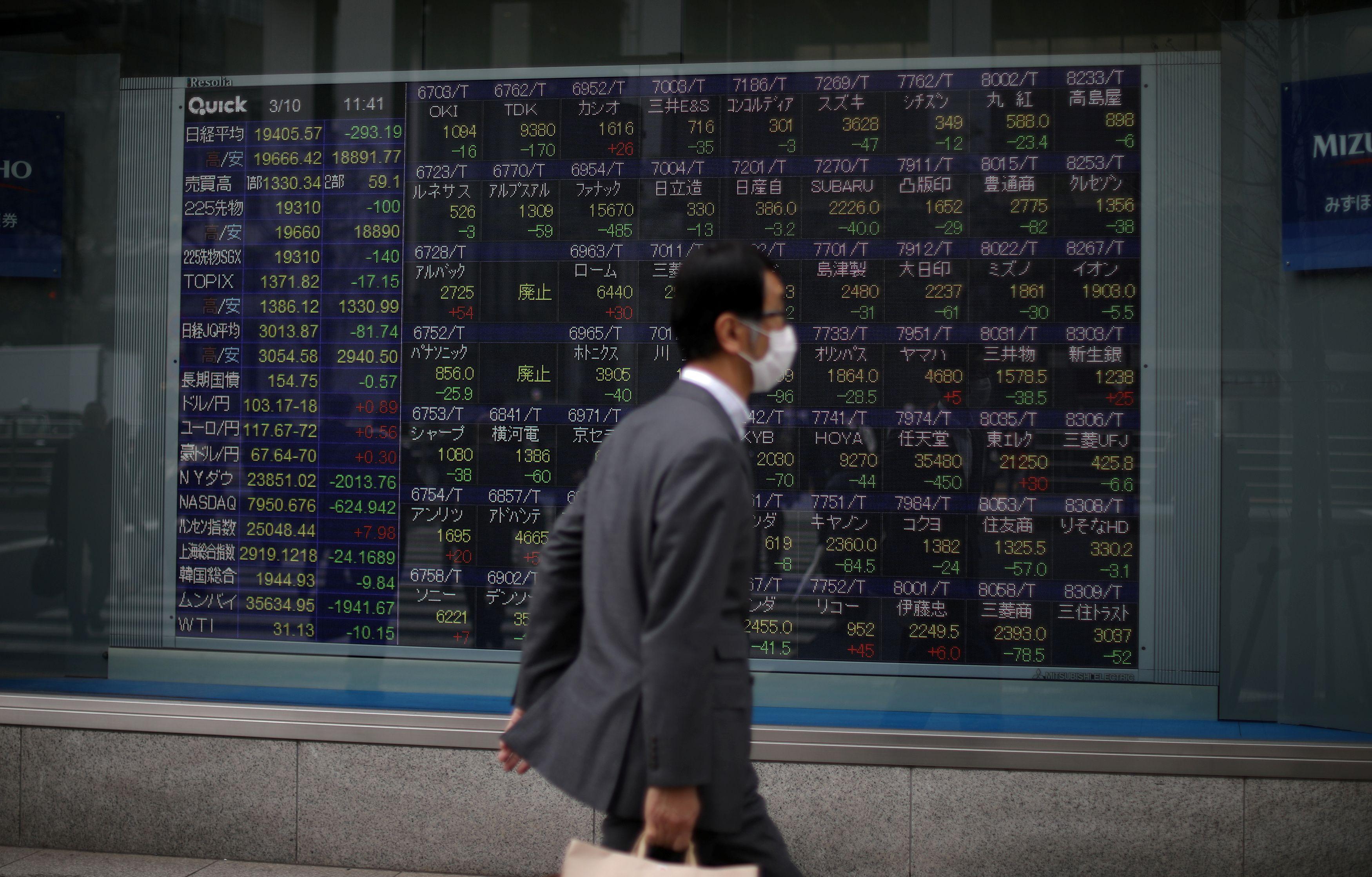 Oil futures gave up their overnight gains and fell due to nagging worries about an increase in the supply of crude. U.S. stock futures ESc1 were 0.02% lower.

An industry gauge released overnight indicated U.S. manufacturing activity expanded in July at the fastest pace in more than a year, which helped Wall Street shares rise on Monday.

However, some investors remain cautious due to worries about a resurgence of the coronavirus and a diplomatic tussle over Chinese tech companies’ operations in the United States.

“It has been an upbeat U.S. trading session and Asia will absorb the leads accordingly,” Chris Weston, head of research at Pepperstone, said in a market note.

That data also caused the U.S. Treasury curve to steepen, an indication of improved investor sentiment.

U.S. stocks received an additional lift from Microsoft (MSFT.O), which jumped 5.6% after it formally declared interest in buying the U.S. operations of TikTok, a popular video-sharing app owned by Chinese tech company ByteDance.

U.S. President Donald Trump has threatened to ban TikTok unless its U.S. operations are sold off from ByteDance.

Washington is also preparing to take action against other Chinese software companies that could share user data with Beijing, setting the stage for further conflict.

The dollar held steady against its counterparts as traders awaited progress in negotiations for additional economic stimulus.

The “only good thing we can say on the political impasse in Washington is that negotiations remain ongoing,” analysts at National Australia Bank said in a market note.

Russia has started to increase oil and gas output, a source told Reuters. Other oil producers are also expected to increase output this month after OPEC and its allies agreed to ease production curbs.

Tags: GLOBAL, Hong Kong, MARKETS, Ta, US
You may also like
Recent News: