TOKYO (Reuters) – Asian shares rallied to a four-month high on Friday on robust U.S. payrolls data and a brisk pickup in Chinese service sector activity, but a surge in coronavirus cases in the United States kept a lid on stronger gains. 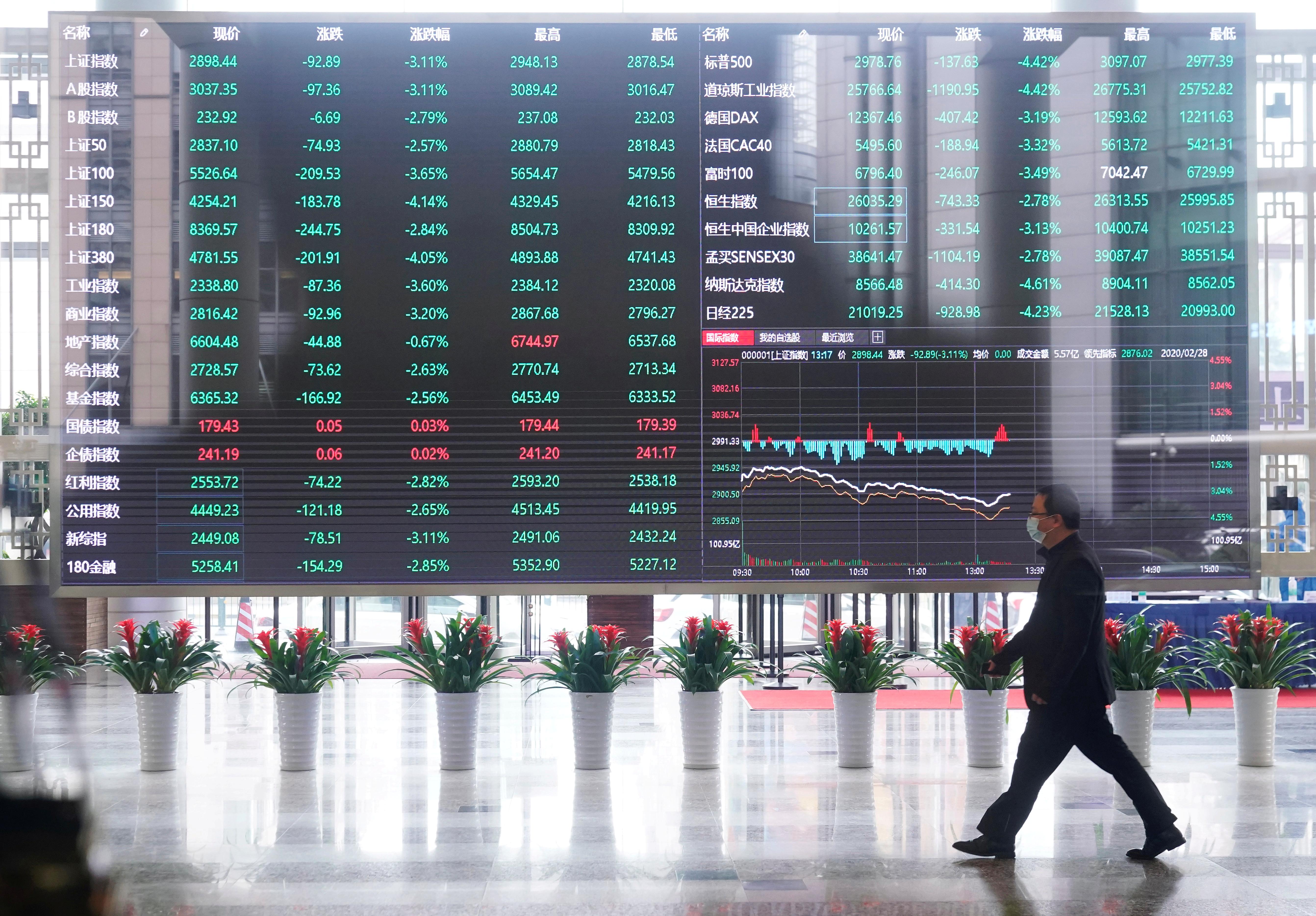 Mainland Chinese shares, which were among the best performers over the past month, extended gains, with the Shanghai composite index hitting a high last seen in April 2019.

China’s services sector expanded at the fastest pace in over a decade in June, the Caixin/Markit services Purchasing Managers’ Index (PMI) showed, as the easing of coronavirus-related lockdown measures revived consumer demand.

Factory surveys earlier in the week had also shown momentum in China is building, though companies are still shedding jobs.

“Recovery in China’s domestic demand is accelerating, even though the external demand is still weak. Thus investors are shifting to domestic-demand oriented sectors,” said Wang Shenshen, senior strategist at Mizuho Securities in Tokyo.

Brokerage shares were leading the gains in China on hopes of further capital market reform, a move that is in part fuelled, ironically, by Washington’s attempt to restrict Chinese firms’ access to Wall Street.

S&P 500 futures were down 0.2% but volumes were lower than usual due to a U.S. markets holiday on Friday for Independence Day.

But economists noted there were caveats to the upbeat headline figures.

Even after two months of recovery from May, the U.S. economy has recovered only just over a third of a historic plunge of 20.787 million jobs in April.

A separate report on jobless claims, the most timely data on employment, showed the number of people receiving benefits after an initial week of aid actually rose 59,000 to 19.290 million in the week ending June 20.

The recovery also faces more headwinds as a surge of new coronavirus infections prompts U.S. states to delay and in some cases reverse plans to let stores reopen and activities resume.

On the other hand, expanded unemployment benefits to support those who lost their jobs due to the pandemic are due to expire at the end of this month, though many investors think Congress could extend the measure.

“Back to pre-pandemic (job levels), in my view, will be a matter of years,” Danielle DiMartino Booth, CEO and chief strategist of Quill Intelligence in Dallas, Texas. “With luck, it will be two years but that is likely optimistic given the number of permanent closures we’ve learned of.”

“China will keep a hard line stance towards the next year when the Chinese Communist Party will celebrate its 100th anniversary since its founding,” said Akira Takei, a bond fund manager at Asset Management One.

“Global companies can no longer have supply chains in China as they used to.”

In foreign exchange, major currencies were little changed, with the euro at $1.1245 and the yen changing hands at 107.52 per dollar.

Oil prices eased on concerns about the resurgence of the coronavirus globally and in the United States, the world’s largest oil consumer.