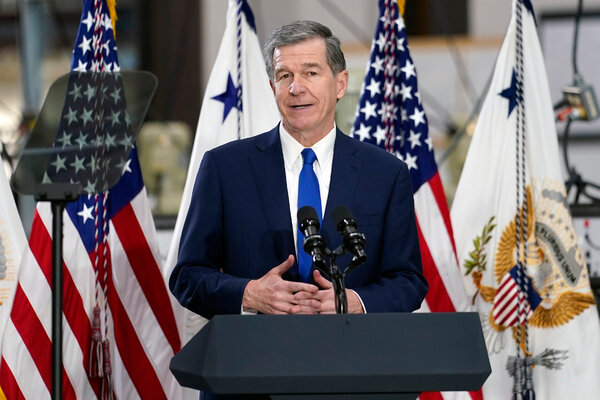 By Clifford Krauss and Niraj Chokshi

Colonial Pipeline, the company that operates the pipeline, said Monday that it hoped to restore most operations by the end of the week. The attack, which the Federal Bureau of Investigation said was carried out by an organized crime group called DarkSide, has highlighted the vulnerability of the American energy system. The pipeline provides the Eastern United States about half its energy.

Industry analysts said the impact would remain relatively minor as long as the artery was fully restored soon. “With a resolution to the shutdown in sight, the cyberattack is now treated as a small disturbance by the market and prices are trimming Monday’s panic-gains,” said Louise Dickson, an oil markets analyst for Rystad Energy.

Here are some of the latest developments:

Gov. Brian Kemp of Georgia has signed an executive order suspending his state’s gasoline tax through Saturday, which amounts to roughly 20 cents a gallon. He said the move would “help level the price for a little while,” and cautioned against panic buying, which he said was unnecessary.

According to the AAA automobile group, the national average for a gallon of regular gasoline went up 2 cents on Tuesday, with higher prices reported in the Southeast. A gallon went up an average of nearly 7 cents in South Carolina and 6 cents in North Carolina, while gas in Virginia rose about 3 cents a gallon.

Gas Buddy, a website that tracks gas prices, reported that nearly 8 percent of Virginia gas stations were without gasoline, apparently more a result of panic buying than a shortage of gas.

Roy Cooper, the governor of North Carolina, declared a state of emergency in an effort to suspend some fuel transport rules.

American Airlines added stops to two daily flights out of Charlotte, N.C. One, to Honolulu, will stop in Dallas, where customers will change planes. The other, to London, will stop in Boston to refuel. The flights are expected to return to their original schedules on Saturday. Southwest Airlines said it was flying in supplemental fuel to Nashville, but operations were otherwise unaffected. Delta Air Lines said it had not experienced any disruption so far.

The Environmental Protection Agency administrator, Michael S. Regan, issued an emergency fuel waiver on Tuesday to help alleviate fuel shortages in states whose supply of gasoline has been affected by the pipeline shutdown, including the District of Columbia, Maryland, Pennsylvania and Virginia. The waiver will continue through May 18.

Tags: nat, Oil and Gasoline, Pipelines
You may also like
Recent News: