The latest job statistics show 819,000 fewer people in payrolled employment since the start of the coronavirus crisis in the UK – with the hospitality sector accounting for a third of the figure.

Live updates on coronavirus from UK and around world 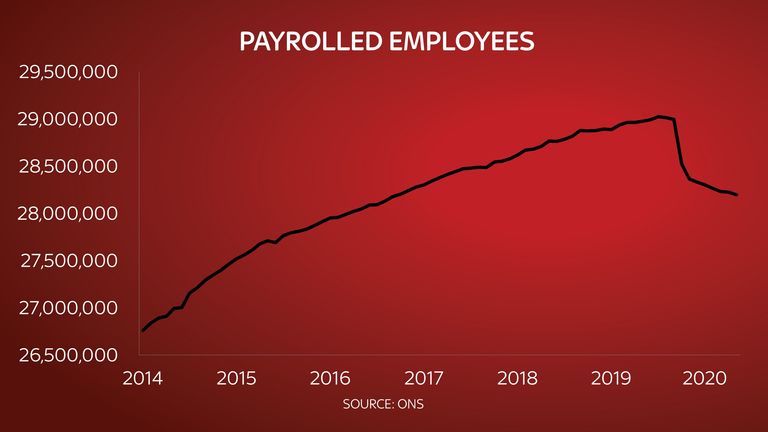 Its wider figures also showed a rise in the jobless rate to 4.9% in October from 4.8% the previous month – less than the 5.1% economists had expected – as the clock ticked down to the original conclusion of the government’s furlough scheme.

The Job Retention Scheme was extended at the end of October, with the chancellor later confirming that wage support would continue until the end of March 2021.

The ONS said the pace of redundancies slowed in October but still hit a new record quarterly high of 370,000. 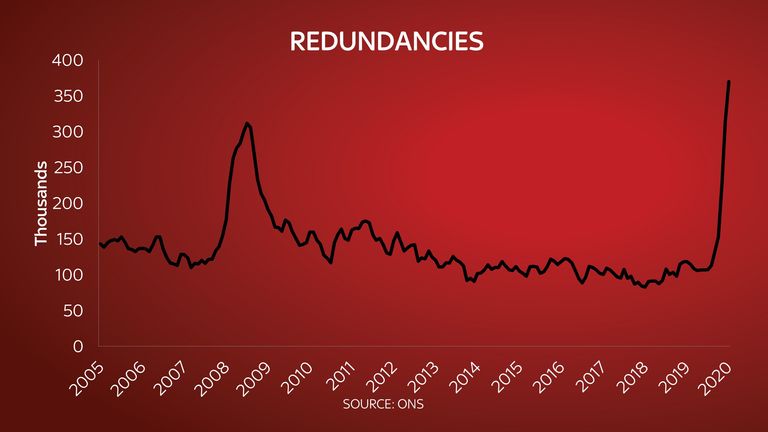 The hospitality sector – pubs, restaurants, hotels, nightclubs – has argued that it is worthy of additional government help and has urged Rishi Sunak to channel over £2bn in business rates relief, to be handed back mainly by supermarkets, its way.

The ONS figures were released as employers juggle continued disruption from coronavirus restrictions along with uncertainty over the end of the Brexit transition period at the year’s end, in just over a fortnight’s time.

Talks with the EU to potentially secure a free trade agreement, limiting tariffs and quotas facing employers, are continuing in Brussels.

Economists have warned that the twin threats to output risk the prospect of a double-dip recession ahead while the Bank of England has estimated the jobless rate will peak at 7.75% in the second quarter of 2021.

There was some better news in the ONS figures concerning wages as average growth in pay, excluding bonuses, ticked up slightly to 2.8% on an annual basis.

ONS director of economic statistics, Darren Morgan, said: “Overall we have seen a continuation of recent trends, with a
further weakening in the labour market.

“The latest monthly tax numbers show over 800,000 fewer employees on the payroll in November than in February, with new analysis finding that over a third of this fall came from the hospitality sector.

“In the three months to October, employment was still falling sharply and unemployment was rising, but the number of people neither working nor looking for work was little changed.”

Minister for employment, Mims Davies, responded: “It’s been a truly challenging year for many families but with a vaccine beginning to roll out with more perhaps to follow and the number of job vacancies increasing there is hope on the horizon for 2021.”

Shadow chancellor Anneliese Dodds tweeted: “Redundancies rocketed to a record high of 370,000 in the three months to October.

“That was when the clock was ticking down to the chancellor’s furlough cliff edge and he was chopping and changing on support for businesses. His irresponsible decisions have cost jobs.”

Tags: 000, 819, COVID-19, fewer, has, UK
You may also like
Recent News:
This website uses cookies to improve your user experience and to provide you with advertisements that are relevant to your interests. By continuing to browse the site you are agreeing to our use of cookies.Ok