CHICAGO (Reuters) – Delta Air Lines (DAL.N) scaled back the flights it planned to add in August amid a surge in COVID-19 cases and warned it will be more than two years before the industry sees a sustainable recovery from the “staggering” impact of the pandemic. 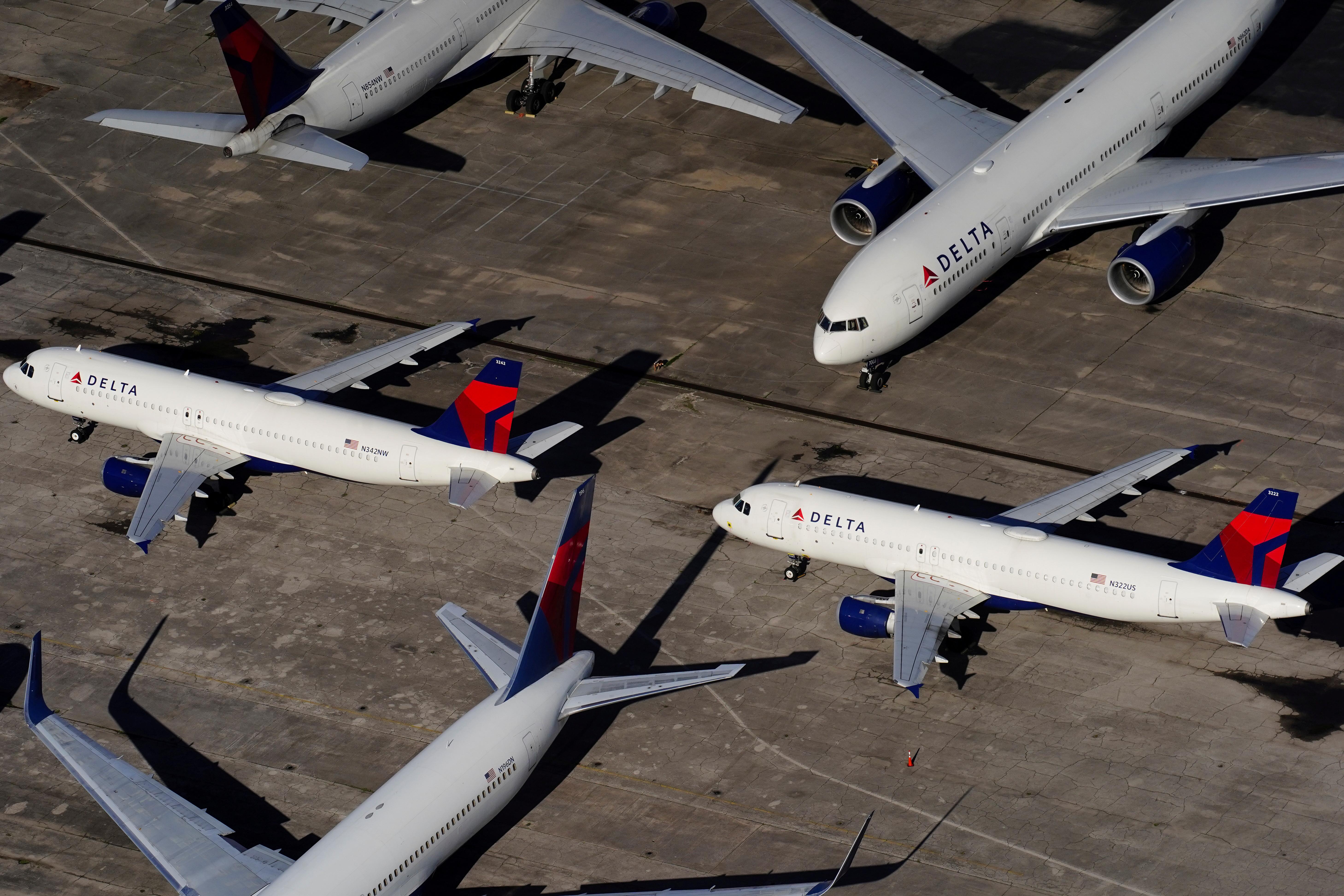 “We’re at a stall right now,” Chief Executive Ed Bastian told Reuters, saying demand that built up over June for travel to places like Las Vegas, Florida or New York had suffered due to fresh cases and quarantines, while picking up to some mountain and international destinations.

Shares were down about 1.4% pre-market.

Atlanta-based Delta posted a $2.8 billion adjusted net loss, or $4.43 per share, for the second quarter as passenger revenue plummeted 94% during a season that some analysts call the worst in aviation history.

Delta stuck to its target to halt a daily cash burn, which hit $100 million at the start of the pandemic, this year though Bastian warned it hinges on demand.

“There’s a lot of risk because it’s hard forecasting what’s going to happen with the virus,” he said.

The airline slowed its daily cash burn to about $27 million in June and sees a similar rate in July, with improvements as economies open and people feel more comfortable traveling.

Delta had $15.7 billion in liquidity at the end of June. It has not decided whether to take a $4.6 billion secured loan under the CARES Act – available until Sept. 30 – as it eyes other options involving similar collateral, Bastian said.

It already received $5.4 billion to cover payroll through September under the U.S. government stimulus package.

Large U.S. airlines have warned of furloughs in October when those funds run out, but Bastian said he hoped to avoid furloughs after more than 17,000 employees opted for buyouts and thousands more for extended unpaid leaves.

Cowen analyst Helane Becker called better-than-expected cost control the highlight of the quarter but said the revenue outlook “remains challenged due to erratic bookings and the extended pandemic.”

Delta may continue blocking middle seats beyond September thanks to demand for comfort but warned it cannot make money filling only 60% of its planes.

“You can’t raise prices high enough, particularly when your competition isn’t blocking middle seats and has a lot more supply out there,” Bastian said.

Southwest Airlines (LUV.N) too is limiting seating capacity through September, but rivals American Airlines (AAL.O) and United Airlines (UAL.O) have added thousands of flights with all seats for sale on hopes of picking up leisure summer demand.

Delta, the first of the U.S. airlines to report quarterly results, is more geared toward business travel, which will be slower to recover, but Bastian said its SkyMiles loyalty data showed business customers traveling for personal reasons and willing to pay a premium.

Delta, which had been expanding aggressively through international partnerships, wrote down $1.1 billion against its recent LATAM Airlines (LTM.SN) investment and $770 million against Grupo AeroMexico (AEROMEX.MX) after their Chapter 11 filings, and booked a $200 million charge against its stake in Virgin Atlantic, which is also restructuring.

Tags: AIR, DELTA, RESULTS, Results F, US
You may also like
Recent News: