Banks collected at least $13 billion in fees on Paycheck Protection Program loans, according to a New York Times analysis. But the largest lenders say that costs wiped out most of what they took in. 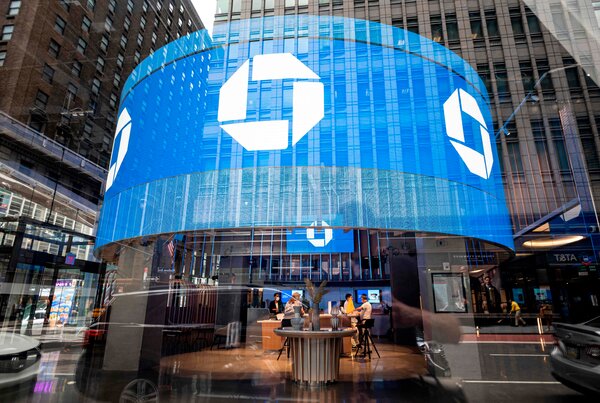 Loath to be seen profiting from the economic disaster caused by the coronavirus, the nation’s biggest banks were quick to pledge they would donate to charity any money earned from helping deliver the government’s signature small-business relief plan.

That promise may be something of a mirage.

The banks that were the largest lenders under the Paycheck Protection Program, handing out government-backed loans and collecting a fee from taxpayers for their trouble, now say their expenses were so high that they expect to make next to nothing on the loans.

At JPMorgan Chase, the chief financial officer, Jennifer Piepszak, said on a quarterly earnings call in July that profit from the program “will be near zero.” Her counterpart at Bank of America, Paul M. Donofrio, said he did not expect much profit, “if any.”

The $525 billion program handed banks at least $13 billion in fees, according to a New York Times analysis of data from the Small Business Administration. The S.B.A., which managed the program, has not released detailed fee information, and few banks have disclosed how much they took in. Their true profits won’t be known until the loans, which will be forgiven if borrowers meet certain criteria, are all paid off or resolved.

But some banks are already saying their profits will be eaten up by the costs they incurred to make the program work, including all-nighters and rushed technology projects during four frenzied months of lockdowns and business closures.

Others, including many smaller lenders, expect the revenue from the program to pad their profits.

It’s not clear why some banks are anticipating profits and others aren’t. Calculating their costs is nearly impossible because the program was so unusual, said Saul Martinez, a managing director at the investment bank UBS. Pressured by the Trump administration to get money out the door quickly to legions of desperate businesses, banks paid overtime to squadrons of employees and hired consultants and technology vendors to help.

“How much profit a bank will make is a hard thing to gauge,” Mr. Martinez said. “You can kind of guess the revenue impact, but it’s harder to figure out the cost side. Some of the banks said they invested a lot and spent a lot of money. That’s hard to verify.”

Tags: Banking and Finance, Philanthro
You may also like
Recent News:
This website uses cookies to improve your user experience and to provide you with advertisements that are relevant to your interests. By continuing to browse the site you are agreeing to our use of cookies.Ok