In honor of IWD and Women’s History Month, H&M USA has started a 12-month partnership with Buy From a Black Woman, a nonprofit that connects more than 500 Black women-owned businesses nationwide. Meanwhile, Tory Burch has unveiled the “Empowered Women” campaign with Upworthy, a platform that celebrates women who are creating an impact in their communities.

Although Tory Burch and H&M USA have embarked on yearlong initiatives, numerous other companies are also championing IWD and WHM. Kate Hudson and Fabletics, for example, have partnered with Girl Up, a United Nations Foundation initiative to encourage girls’ leadership and gender equality around the world. Gap has released limited-edition T-shirts with messages of empowerment and is donating $25,000 to the nonprofit Girls Inc. Banana Republic is donating to the International Center for Research on Women. Through the end of the month, the retailer will donate $20 for each “Notorious Necklace” sold to the ICRW up to $250,000. And UGG is continuing its partnership with HerProject and #PoweredByHer campaign by recognizing such individuals as Meena Harris. Through March 14, the company will donate $25 per pair of the campaign’s featured style with a minimum guaranteed donation. 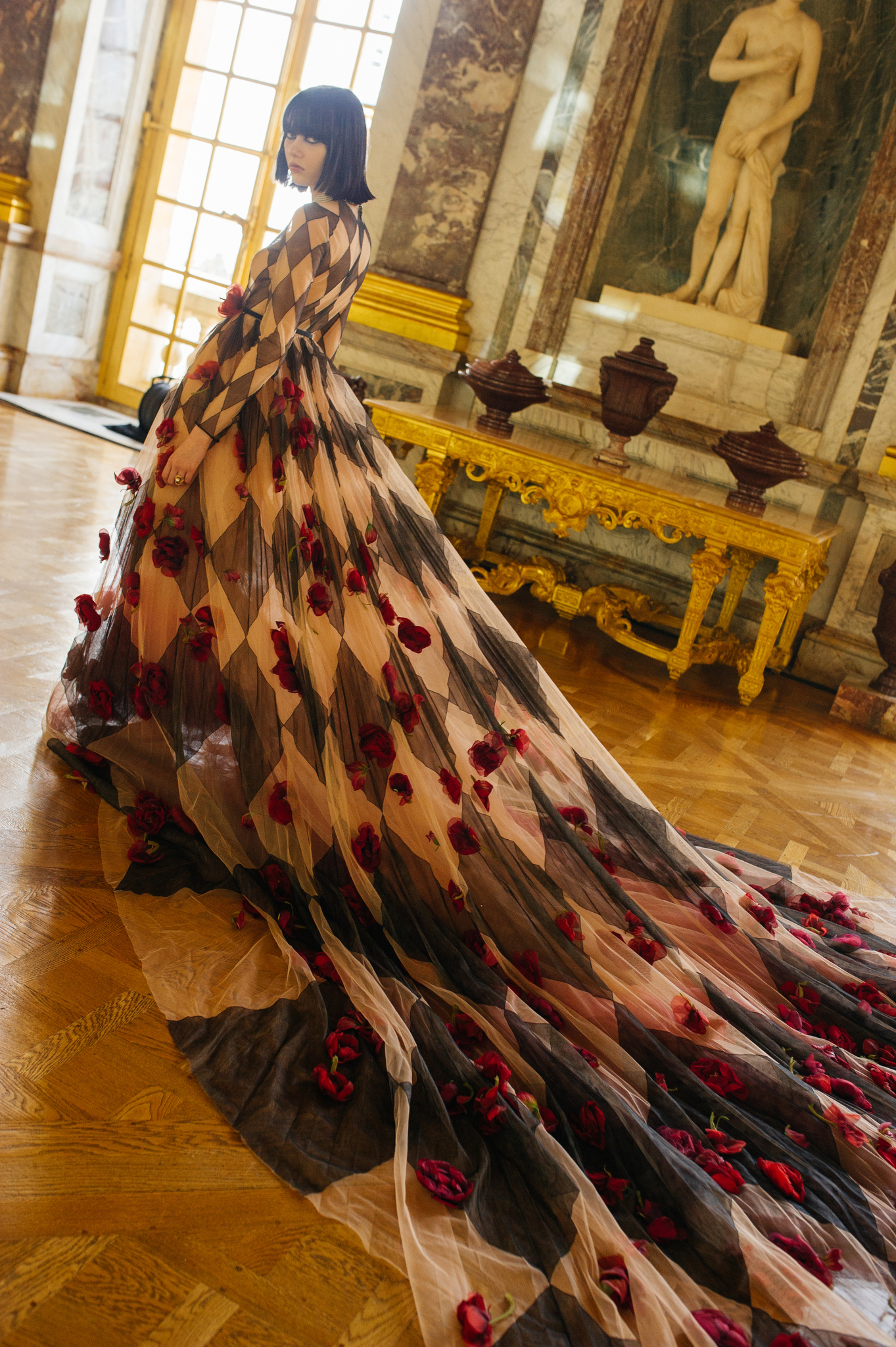 Behind the Scenes at Dior Fall 2021 Collection

After a year where women have been disproportionately affected by the pandemic, Burch is using her global platform to share inspirational stories and encourage others to find a way to make a difference. The New York-based company has launched an Empowering Women section on its site. The international campaign was unveiled by showcasing the work of five women. Throughout the year, the campaign will celebrate one woman every month, who will also receive a $5,000 donation from the Tory Burch Foundation to give to the nonprofit of her choice.

In a video unveiling the program, Burch said she looked forward to hearing about “the women in your lives, who are changing the world.” 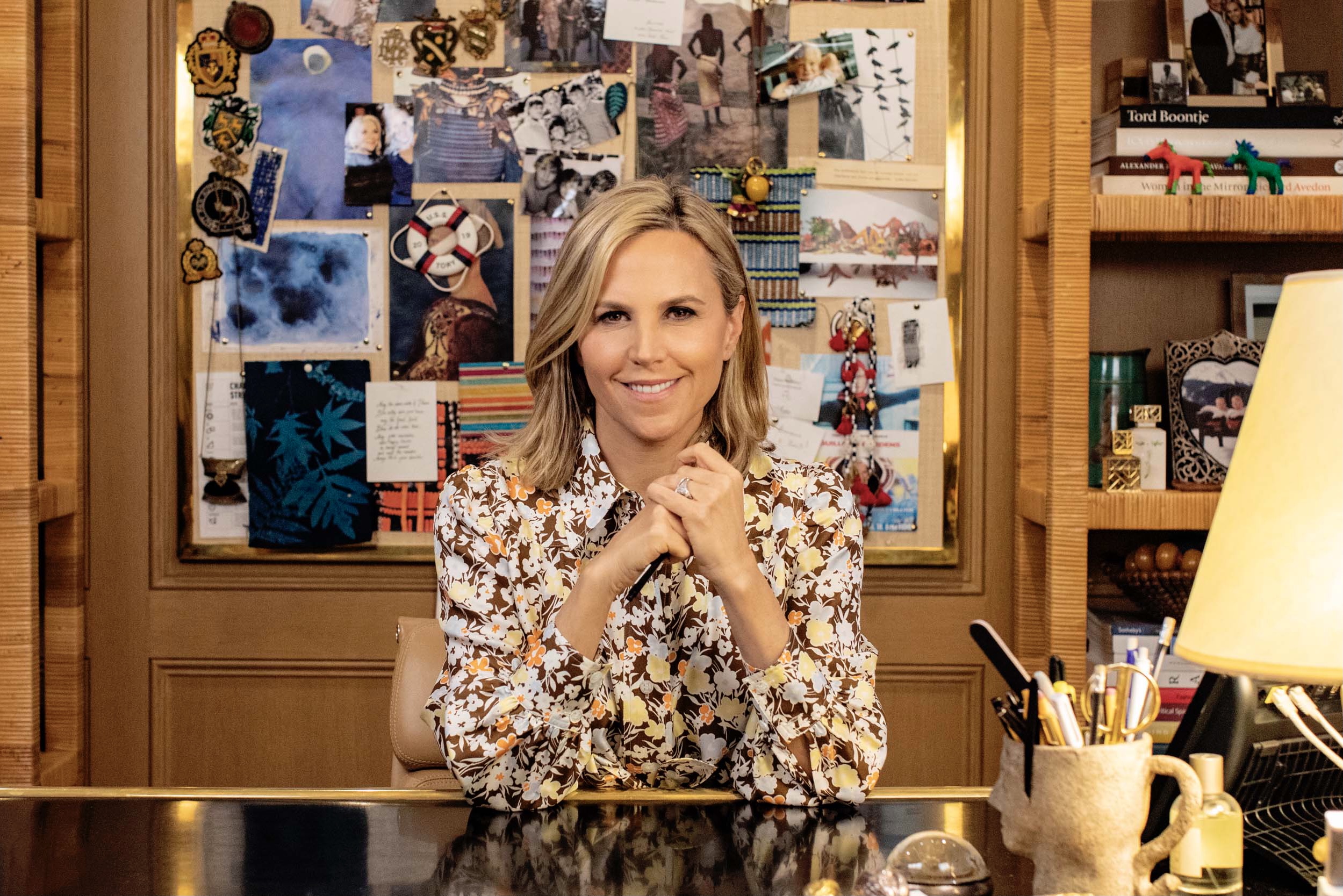 Burch said in a statement that she hopes “the resilience and creativity of these women and the amazing ways they have found to have real impact, will inspire and energize others as much as they have me.”

The alliance will include sponsorships and activities. For a kickoff, H&M USA has introduced Buy From a Black Woman to the 16 million customers who are members of H&M’s loyalty program. During its annual “Member Days” activation, which started Friday and ran through Sunday, a portion of sales was donated to the nonprofit. This summer the retailer will sponsor the group’s Black Women Inspire Tour, using H&M’s channels to highlight Black women-owned businesses. This fall H&M USA will sponsor the organization’s Black Woman Business Accelerator program. A 10-week course, the training features online curriculum led by authorities who offer insights about expansion and providing an opportunity for funding access. In addition, internally H&M USA will sponsor eligible colleagues who wish to join the Buy From a Black Woman online directory and network. There are also plans to showcase the nonprofit’s businesses to the retailer’s employees throughout the year.

In an interview Friday, Buy From a Black Woman founder Nikki Porcher said the ultimate goal is to encourage consumers to buy from Black women, but the aim also involves being a true example of what allyship looks like, as opposed to being a catch phrase, trend or something that is hot for the season. She started a blog five years ago after attending a makers’ event, where she was the only Black woman. Early on as part of her Buy From a Black Woman challenge, she would buy a product from a Black woman-owned business and blog about it. After people found out about the blog and shared it on social media, others contacted Porcher to ask if she would plug their products (she explained no, that she had to buy it) and some offered to send money to help support her work. With a background in nonprofits, her own nonprofit developed into a community, directory and educational resources.

Porcher said, “Last summer we saw so many businesses and organizations say, ‘Hey, we’re going to amplify Black voices. We’re going to do our part, use our resources.’ Then it just faded away after August.”

After discussing with H&M how they could have the most effective impact, both parties agreed that using the retailer’s tools and resources will lead to Black women-owned businesses being amplified, supported and purchased from. Following coronavirus safety precautions, this summer’s tour will include stops in major cities to host pop-ups, offer information and improve awareness.

While smaller-scale initiatives have been done at other corporations through monetary donations to different organizations, the H&M USA model is a new one, she said. “This is where a known name is going to bring in these small Black women businesses and amplify that. This is probably going to set the precedent for a lot of other businesses to partner with organizations on this scale,” Porcher said. “This is going to be game changing, marketing changing, business changing, partnership changing — a lot of changing.”

More than 70 percent of the leaders at H&M are women, including global chief executive officer Helena Helmersson, according to Carlos Duarte, president of H&M Region America’s. Helmersson took on that role — a first for the company — last year.

Tags: Diversity and Inclusion, Gap I
You may also like
Recent News: