Financial terms were not disclosed, but the partners said the objective is to expand Ami’s approachable, nonchalant fashions in the digital realm and with stores in new markets.

Disclosing the transaction exclusively to WWD, Ami chief executive officer Nicolas Santi-Weil said the goal was to find a partner that could help take the business to the next level while respecting its creative DNA and entrepreneurial spirit.

He lauded Sequoia’s knowledge of all things digital, the ecosystem of start-ups in China, and the IT solutions and software that are fueling the commerce of tomorrow, particularly in Asia.

Santi-Weil described the partnership as analogous to Ami’s first dealings with Farfetch some seven years ago: Aligning with a company with a different skill set, and a forward-looking vision.

WWD broke the news in January 2019 that Ami was talking to potential investors to fuel future expansion. It is understood Mattiussi and Santi-Weil, who jointly hold the remaining minority stake, held discussions with family offices, strategics and private equity funds, having mandated Clearview Partners for a potential deal.

Mattiussi, who holds the titles of president and creative director, is to maintain his artistic independence and continue refining his wardrobe-based approach to fashion, with a unique French accent. 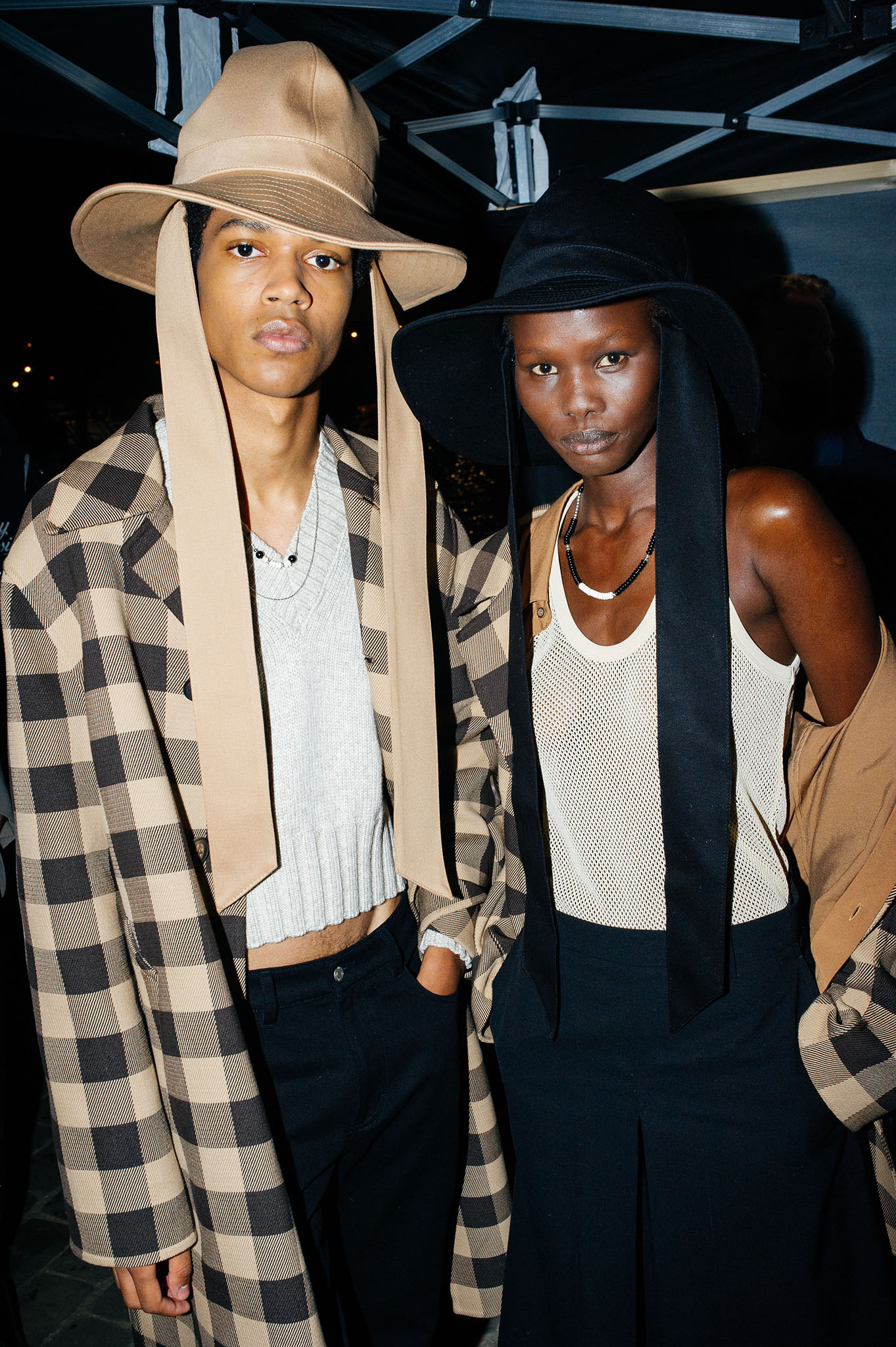 In a Zoom call with Santi-Weil on Wednesday, Mattiussi described plans to soon open a series of pop-ups dedicated to products bearing his popular Ami de Coeur logo — a heart atop the letter “A” — which he has used to sign his doodlings since he was a child.

The plan is also to create a dedicated website for “timeless essentials” with the Ami de Coeur marking, along with a dedicated campaign and revolving artistic collaborations around this symbol of the brand’s values: friendship, optimism and inclusivity among them.

Sequoia Capital China, which also has offices in Shanghai, Hong Kong and Shenzhen, is to offer not only funds but its knowledge of technologies and retail innovations around the world, according to the partners.

“We are thrilled to partner with Ami under the leadership of Alexandre Mattiussi, one of the leading designer brands with global market presence, strong culture of creativity, and passion for digitalization,” said Neil Shen, founding and managing partner of Sequoia Capital China.

Shen called the investment “another milestone in our journey with the world’s leading companies in the luxury retail industry to help their vision in accelerating the digital transformation and penetration in local markets to the next level.”

Part of sprawling California-based venture capital firm Sequoia Capital, Sequoia Capital China focuses on the technology, media and telecom sector, consumer products and health care. Over the past 16 years it has partnered with about 600 companies in China and made investments in the likes of Alibaba, Tencent, Sina, Bytedance and JD.com.

Ami Paris is its first cross-border transaction, signaling its ambition to “develop in fashion by focusing on young, creative, digital houses, imbued with storytelling and strong and authentic values ​​and with a balanced business and already well established worldwide,” Sequoia said.

Chinese investors have swooped in on a number of European fashion companies in recent years, with more nonstarters than success stories.

Santi-Weil stressed that Ami’s creative and business foundations are solid, and that Sequoia is in no rush.

According to the company, sales at Ami vaulted more than 50 percent in 2020 to about 50 million euros and its revenues are well balanced geographically. Its leading markets include the U.S., France, U.K., Italy, Germany, China and South Korea. Business powered ahead in the U.S. despite the pandemic, and flourished in China. 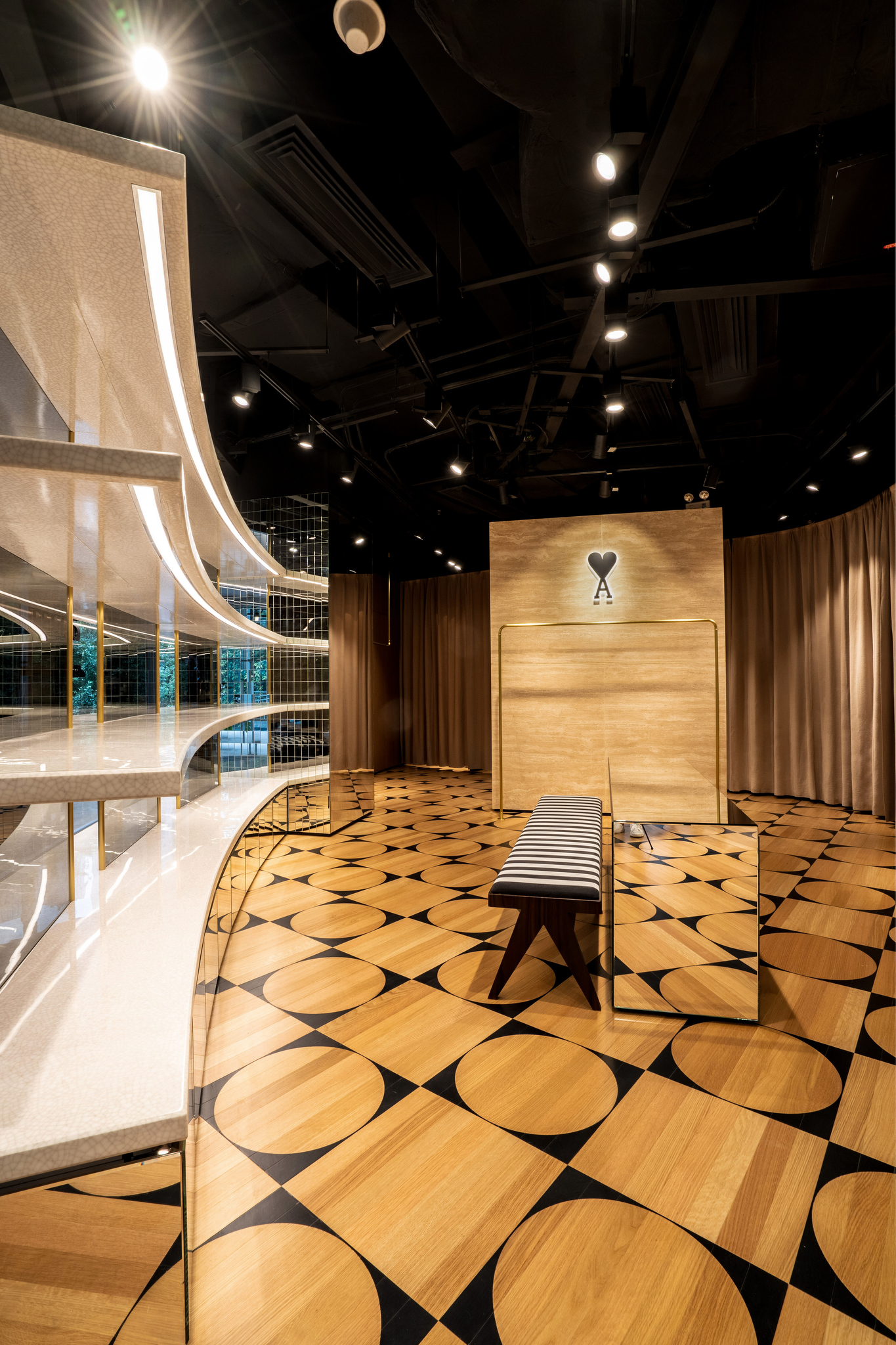 The executive also touted Ami’s already advanced digital channels, with about 27 percent of revenues coming from direct digital. Adding in the digital component of its wholesale business, with partners such as Matchesfashion.com and Ssense.com, he estimated about 40 to 45 percent of sales are done online, and should swiftly account for the majority. E-commerce revenues skyrocketed 101 percent in 2020.

However, he stressed that brick-and-mortar retail is also key to convey the brand story, and that Ami has plenty of runway.

At present, Ami counts only eight stores around the world, including in Paris, London, Tokyo, Beijing, Shanghai and Chengdu, and is sold in about 360 points of sale.

Immediate priorities for retail expansion include the U.S., where Ami is only sold through e-commerce and wholesale channels, with New York City and Los Angeles the first cities targeted. Santi-Weil has been searching for some time, and held out hope that rents would ease this year.

Italy and Germany, where the business is “booming,” are also being studied for Ami boutiques, along with Nanjing in China.

Santi-Weil described a pace of about four to six boutique openings a year, depending on opportunities. An Ami boutique is slated to open later this month in the Hangzhou Tower shopping complex.

Other avenues of future growth for Ami include the women’s category, and accessories.

The brand launched women’s wear in 2019 after dabbling with “men’s wear for women” for a few seasons. Santi-Weil noted that in some markets, as much as 40 percent of the company’s clients are women, suggesting broad affection for the “boyish, Parisian” look.

At present, women’s represents about 11 percent of the business.

“It’s just the beginning,” Santi-Weil said, noting that women’s has been wholesale-driven with only one or two clients per country: Le Bon Marché and Montagne Market in France, for example. “It took nine years to build men’s wear so we don’t want to rush with women’s wear.”

Ami recently shuttered its only freestanding women’s store, located on the Rue de Grenelle in Paris, and will search for a location double the size. 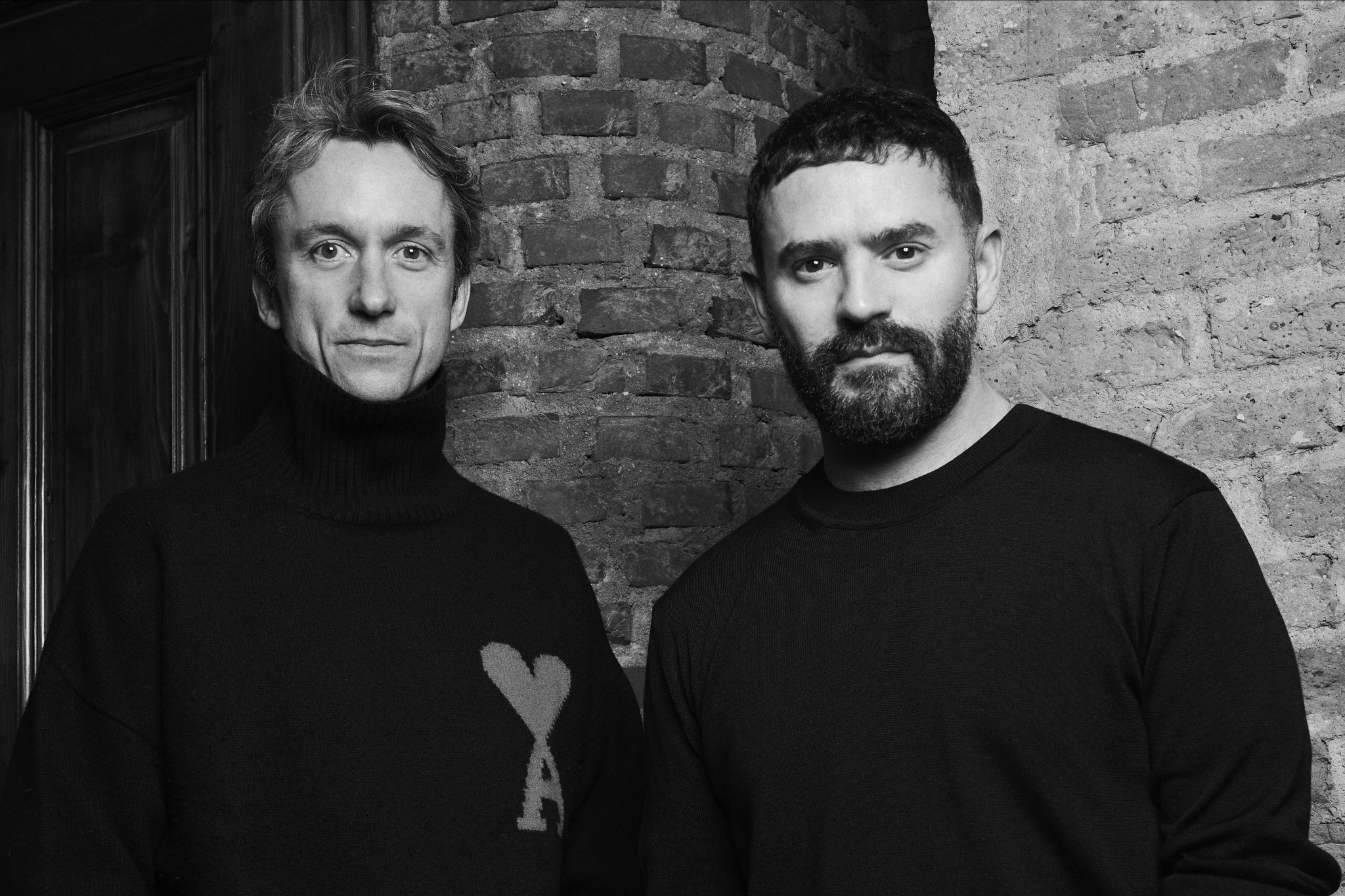 But Santi-Weil stressed that the brand is not married to a flagship strategy, insisting that stores become profitable quickly and reflect the brand’s un-flashy personality.

While Ami has had some success with sneakers, and its new Box bag, accessories represent less than 10 percent of the business.

Mattiussi said his fall 2021 collections for women and men — to be unveiled at its Paris showrooms in early February and on the runway during Paris Fashion Week later that month — would include a broader, more complete offering of bags and accessories.

The designer said he’s more passionate than ever about designing clothes for day-to-day life: desirable, but not trying too hard to make a fashion statement.

“I feel like people connect to something that’s close to reality,” he said. “I’m not saying we don’t have to make people dream in fashion. But it’s hard finding a good sweater, a good shirt, good trousers.…After what we have lived through, I feel like people want to connect with something that can last, if a piece of clothing can be timeless.”

A graduate of the Duperré fashion design school in Paris, Mattiussi started his career at Dior, moved over to Givenchy and later Marc Jacobs, but became frustrated that he couldn’t afford the things he was designing.

So in 2011 he founded Ami, the French word for friends, with a mission to create men’s wear for his friends that filled the gap between fast fashion and luxury. Santi-Weil, who had cofounded French contemporary brand The Kooples, joined the business in 2013 and also invested in the brand.

Quite the showman, Mattiussi has paraded his approachable, masculine designs in a field of wheat, a street-market setting, and along the banks of the Seine River after dark. Paris is a constant reference and inspiration, which he exalted with a 2019 show in Shanghai that featured crown-topped street lamps and cobblestones.

The Ordinary’s China Distributor, SuperOrdinary, Gets Investment From ACG

Tags: AMI, China
You may also like
Recent News:
This website uses cookies to improve your user experience and to provide you with advertisements that are relevant to your interests. By continuing to browse the site you are agreeing to our use of cookies.Ok