PARIS — Out to ride the current revival of the Paris shopping scene, Mourad Behlouli is swooping into Aubervilliers, a northern suburb of the French capital, with a new retail concept that straddles the border between art and fashion.

“I didn’t want to open another street art gallery — there are already several of these,” Behlouli said, describing his new retail space, called L’Avant Coureur, a French term that relays the notion of a precursor.

Located in a 650-square-foot space, the concrete space will feature men’s and women’s wear and sneakers, with private sales several days a month. The store lists brands like Yeezy, Enfants Riches Déprimés, Supreme, Ami, Takashi Murakami and Maison Margiela, while featured artists will include Quentin Veron, Jadore Tong and Ckeja.

“I wanted to show that street art — I’ve seen it in terms of creativity — inspires big designers; street art and fashion fit well together, and I wanted to add to this mind-set,” Behlouli added.

The former merchant navy officer, who traces his interest in fashion to a Versace outlet in France, said his travels around the world helped cultivate an interest in craftsmanship. On his extensive breaks from time at sea, he would head inland, back to Paris, and check out the local fashion scene, hitting all the trendy spots.

“In fashion, you create and recreate— inspired over and over by past years — whereas with street art, there’s a complete renewal. I’m not talking about simple graffiti on walls or tags. I’m talking about creativity that comes from the streets but is moving into biggest galleries in the world…this inspires fashion,” Behlouli said.

“My idea is to offer products that are very forward looking in terms of fashion, but that are also art objects,” added the entrepreneur.

Behlouli explained that he wanted to push his idea beyond personalizing or customizing things, which have become industry buzzwords.

“We’re not talking about customization — that’s a form of subculture, and I don’t mean that pejoratively, but what I want to do is to create artwork that at the same time is very refined haute couture work,” he added.

Behlouli explained that he focuses on limited series in collaboration with artists. He purchases garments, including runway pieces, from large fashion houses — he cited Balenciaga as an example — or from outlets or showrooms, then works with artists to draw up original pieces that can’t be found anywhere else on the market.

“I really want to emphasize the craftsmanship side of things — mass scale production doesn’t interest me,” he added. “You have to return to working with hands — not machines. Handwork is more skillful than machine work, in my eyes,” he insisted. 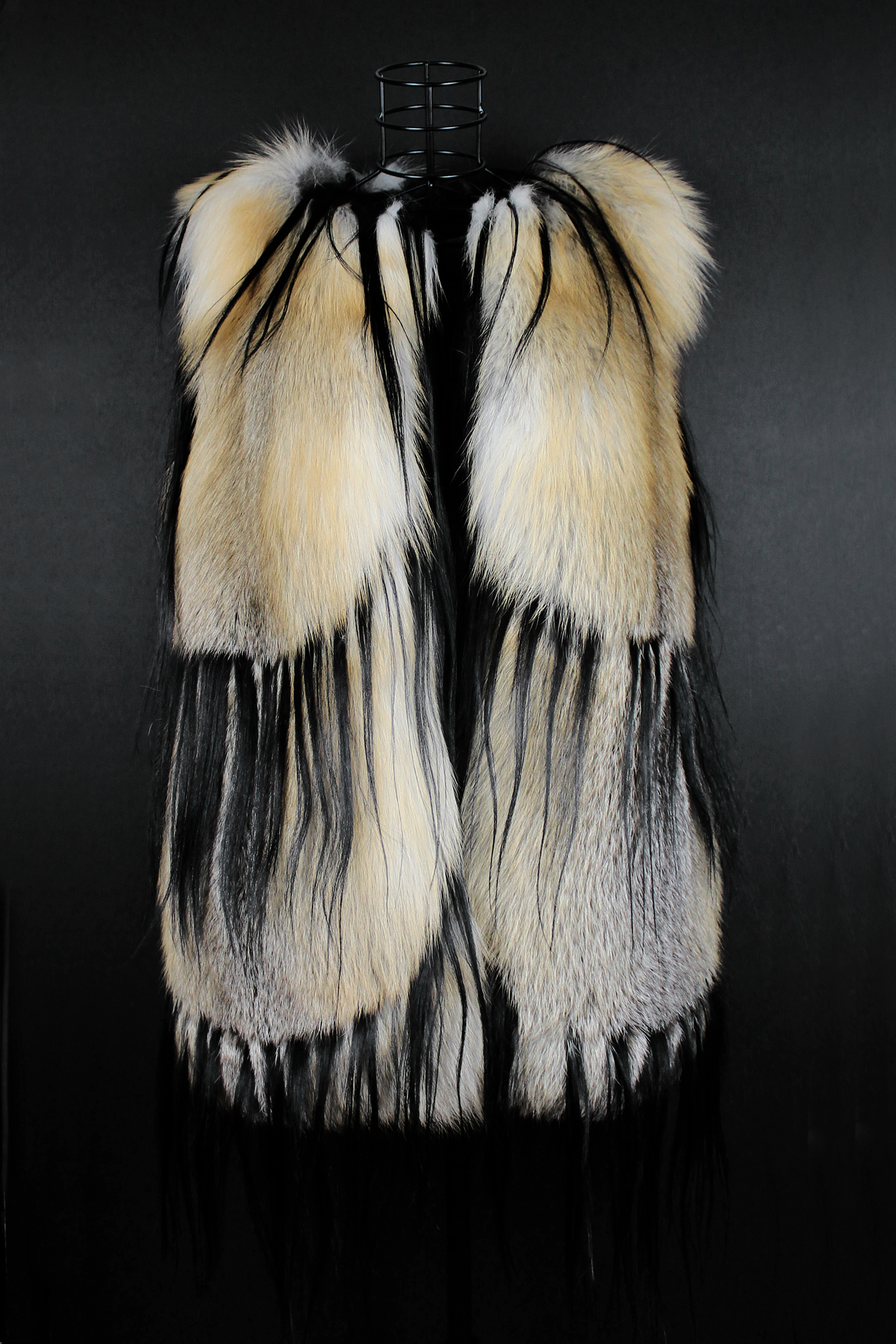 Behlouli, who worked in the oil industry — followed by aquaculture to help African countries, he said, describing the latter activity as his ‘mea culpa,’ for the former jobs — noted an interest in fighting over-consumption.

He called on an artisan who works with existing furs — the ones that are languishing at the back of a closet — to give them new life.

“He recycles them, he deconstructs them and rebuilds them according to his design,” noted Behlouli, who said he was also motivated by an interest in preserving the craftsman’s skills.

Asked if his travels influenced his aesthetic, he responded enthusiastically. “I didn’t do design or fashion school but I have a certain sensibility that stylists don’t have — and that’s thanks to my travels,” he said.

Behlouli cited Africa, in particular. “When I see what artists do and what they are able to create — my travels have completely changed my life in this respect,” he added.

Tags: Paris, Retail
You may also like
Recent News: