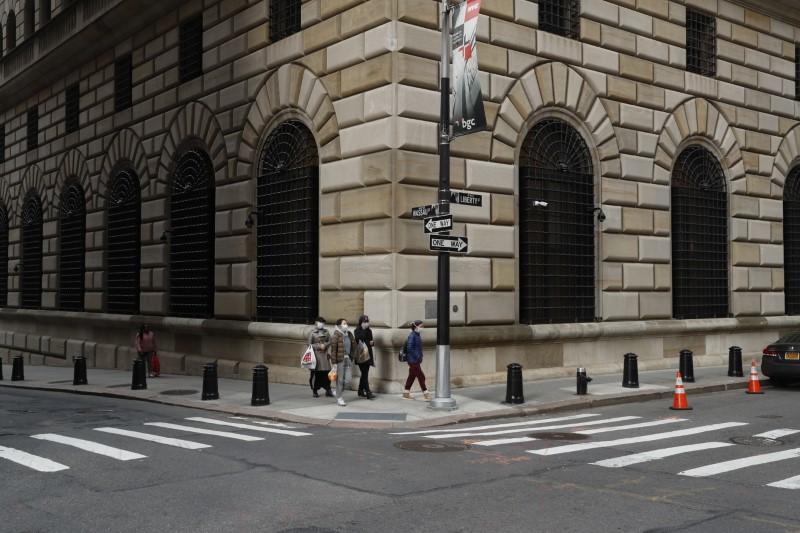 NEW YORK (Reuters) – BlackRock Inc will earn less than $8 million a year in fees for its role assisting the Federal Reserve with its purchases of commercial mortgage-backed securities, one of the new programs the central bank is rolling out to backstop an economy under threat from the coronavirus outbreak, according to details of the arrangement released on Friday.

That amounts to a maximum annual fee of $7.75 million paid to BlackRock for the bond purchases. The firm managed more than $7 trillion at the end of last year and generated more than $14.5 billion in revenue.

The New York Fed said earlier this week that it hired BlackRock to manage purchases of commercial mortgage-backed securities and to oversee certain liquidity facilities.

“BlackRock was selected on a short-term basis to serve as an investment manager after considering their expertise in trading and analyzing agency CMBS in the secondary market, and robust operational and technological capabilities,” the Fed said.

The New York Fed said the firm will not earn any other fees or income, including from securities lending, in connection with the facility’s purchase of ETFs.

Tags: BLAC, Coronavirus, FED, HEALTH, US
You may also like
Recent News:
This website uses cookies to improve your user experience and to provide you with advertisements that are relevant to your interests. By continuing to browse the site you are agreeing to our use of cookies.Ok