By Gregory Schmidt and Gillian Friedman 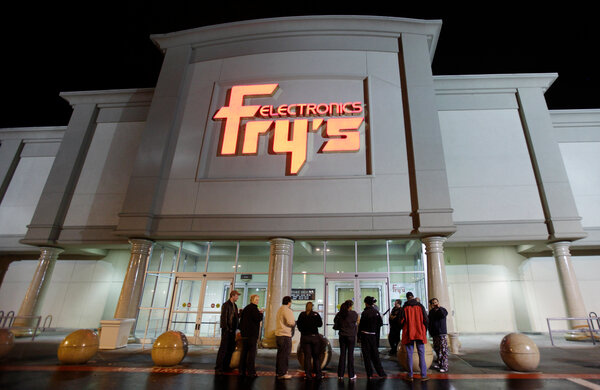 Fry’s Electronics, a big-box retailer that nurtured a generation of do-it-yourself tech fans and Silicon Valley entrepreneurs, announced on Wednesday that it was shutting down operations, effective immediately.

The company, which is based in San Jose, Calif., replaced the contents of its website with a statement that said it had ceased operations and had begun winding down. The retailer, which built a cult following on the West Coast but was unable to compete with the rise of Amazon, blamed the shutdown on “changes in the retail industry and the challenges posed by the Covid-19 pandemic.”

“It is hoped that undertaking the wind-down through this orderly process will reduce costs, avoid additional liabilities, minimize the impact on our customers, vendors, landlords and associates, and maximize the value of the company’s assets for its creditors and other stakeholders,” the statement said.

The pandemic has taken a heavy toll on retailers, with restrictions meant to reduce the spread of the coronavirus causing foot traffic to nosedive. Several large retail chains, including Brooks Brothers, Neiman Marcus and JCPenney, have filed for bankruptcy since the pandemic hit. Macy’s, the department store chain with more than 700 stores, said on Tuesday that its sales last year plummeted 29 percent and that it posted a net loss of $3.9 billion, compared with a $564 million profit the prior year.

Fry’s has 31 stores across nine states and has been in business for nearly 36 years, according to the statement. Founded in 1985 by the three Fry brothers, the business was intended to “provide a one-stop-shopping environment for the high-tech professional,” the company wrote on its LinkedIn profile. The stores ranged in size from 50,000 square feet to more than 180,000 square feet, each stocked with an eclectic assortment of gadgets and parts.

The chain was famous for its elaborate store themes. Its location in Phoenix had an Aztec temple, for instance; its store in Burbank, Calif., was inspired by 1950s science fiction movies; and the Fry’s in Woodland Hills, Ca., was a page out of Alice in Wonderland, decorated with figurines as tall as 15 feet of the story’s characters.

The retailer was particularly beloved by Silicon Valley executives, who found the stores to be a nostalgic haven and source of creative inspiration.

“Going to a Fry’s store is entertainment in itself; for a geek, it could be recuperative,” Jean-Louis Gassée, a former Apple executive, wrote in a blog post in 2019.

Fans took to Twitter on Wednesday to mourn the store’s closing.

“RIP Fry’s Electronics,” wrote one user. “u were my favorite Aztec-themed electronics superstore with a random movie theatre, and I will always cherish the memories of loitering there so me & my friends could play rock band after school.”

“It was a piece of heaven for me,” wrote another fan. “I was there for hours.”

Tags: Closings, Coronavirus;CO, Retail
You may also like
Recent News: