LONDON — Jonathan Anderson has cracked open his contact book and taken up his pen, becoming the first guest editor How to Spend It, the Financial Times’ luxury weekend magazine.

The Hope Issue will publish online on Wednesday and come out in physical form, along with the newspaper’s weekend edition, on Saturday, May 1. The issue’s theme “was all Jonathan’s idea,” said Jo Ellison, the title’s editor.

The designer said he likes the idea of HTSI partly because it’s not strictly a fashion magazine, but embraces creativity, lifestyle and culture. A regular reader, he said he never thought the magazine was about “how to spend your money, but rather, how to spend your time.”

The black cover title of the new issue also has the word hope embedded, in contrasting blue ink. The cover art, “Untitled, 2020,” is an oil on tracing paper work by Lisa Brice. It shows a woman smoking a cigarette, and bending to pour blue ink out of a vessel. Anderson said that Brice, “looks at women through a female gaze” and the act of pouring the ink on the ground signals a fresh start and “a new beginning.”

The 2021 Oscars: See All the Red Carpet Fashion Looks

“In restoring, he’s rediscovering,” said Anderson, who wanted the magazine to focus not only on hope, but on contemporary culture, and the way different individuals are reshaping it.

“As much as hope can seem very trite, I think we need a goal. There is no point going through this process if there is no hope,” he said, adding, “It has been really interesting throughout the pandemic to have watched people being creative on their own. I found this to be an incredible fuel.” 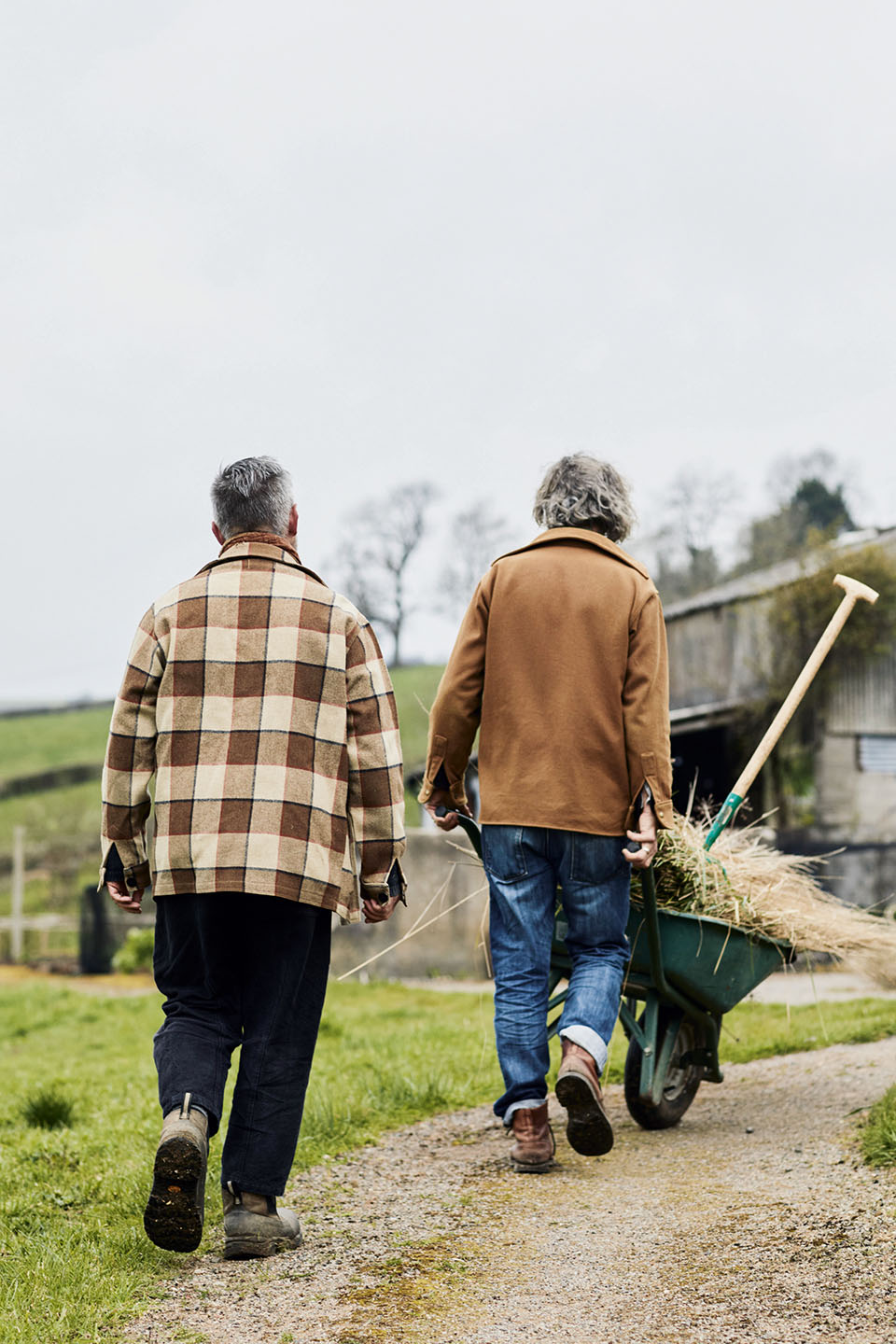 Dan Pearson and Huw Morgan photographed in their Somerset garden by Rich Stapleton in the upcoming issue of How To Spend It magazine, guest edited by Jonathan Anderson. Courtesy of How to Spend It

Anderson has been talking about this quiet, restorative creativity for a while — and also putting those words into action. For his fall 2021 women’s collection he collaborated with two artist-ceramicist friends, Dame Magdalene Odundo and Shawanda Corbett, on a series of limited-edition blankets based on three works from each artist.

Anderson, who is a trustee of the Victoria & Albert Museum, is no stranger to curation, either. The 2017 show “Disobedient Bodies: J.W. Anderson Curates the Hepworth Wakefield” in Yorkshire, England, was the designer’s take on clothing and the body as sculpture; and on the conversation between art and fashion.

Other contributors to the upcoming issue include the documentary maker Adam Curtis, who compiled a “hope manifesto;” Tracee Ellis Ross, who listed the things that make her happy. Dan Levy, the creator of “Schitt’s Creek,” wrote about the joy of making playlists.

“There is not one person in this issue that I don’t look up to, or envy,” said Anderson.

The fashion story was shot and styled by longtime Anderson collaborators Alasdair McLellan and Benjamin Bruno, respectively. The model is Simone Ashley of the show “Sex Education,” who was photographed in a skate park.

Anderson said guest editing the magazine is part of his wider crusade in favor of printed matter. The designer said that people can underestimate just how much the printed word and image “stick” in the brain, and how important tactility, and the act of turning a page, is at time when so much is consumed online.

“Print makes you pause and question,” he said.

Ellison said the designer was an “editor’s dream,” in part because of his ability to make quick decisions. She added that while Anderson was the first guest editor, he certainly won’t be the last. “Who knows? This might unleash a torrent” of collaborations, she said. “I hope it’s the beginning.”