The coronavirus pandemic has taken a brutal toll on the U.S. economy. Job losses resulting from the health crisis wiped out years’ worth of gains, hitting women, people of color and lower-paid workers already vulnerable to economic swings the hardest. An estimated 60 percent of businesses — about 100,000 individual establishments — that closed their doors temporarily as a result of Covid-19 have shut down for good, and more may follow in the months to come.

It is going to be a bleak winter for many businesses. And although hope is on the horizon in the form of vaccines, the toll is expected to get worse before it gets better.

Given the limited number of initial doses and rising case numbers in the United States, “the reality is, December and January and February are going to be rough times,” Dr. Robert Redfield of the Centers for Disease Control and Prevention said recently. “I actually believe they’re going to be the most difficult time in the public health history of this nation.” That means the economy will suffer as well.

As part of the DealBook D.C. Policy Project, The New York Times gathered a virtual panel of experts in early December to debate the priorities for economic policy in the months and years ahead. The consensus was that a huge aid package is necessary now to keep households and businesses afloat. In Washington, lawmakers said they were making “significant progress” in stimulus talks, but the negotiations hadn’t yet yielded a deal of any size. And once the pandemic has been brought under control and it’s safe for in-person activity to resume, policymakers must figure out how to fix a shattered economy — and better yet, to safeguard it against the next catastrophe.

Suzanne Clark, president of the U.S. Chamber of Commerce

Wendy Edelberg, director of The Hamilton Project and senior fellow at the Brookings Institution

Darrick Hamilton, professor of economics and urban policy at The New School

Maya MacGuineas, president of the Committee for a Responsible Federal Budget

The United States needs an aid package right away, and it needs to be big. Really big. 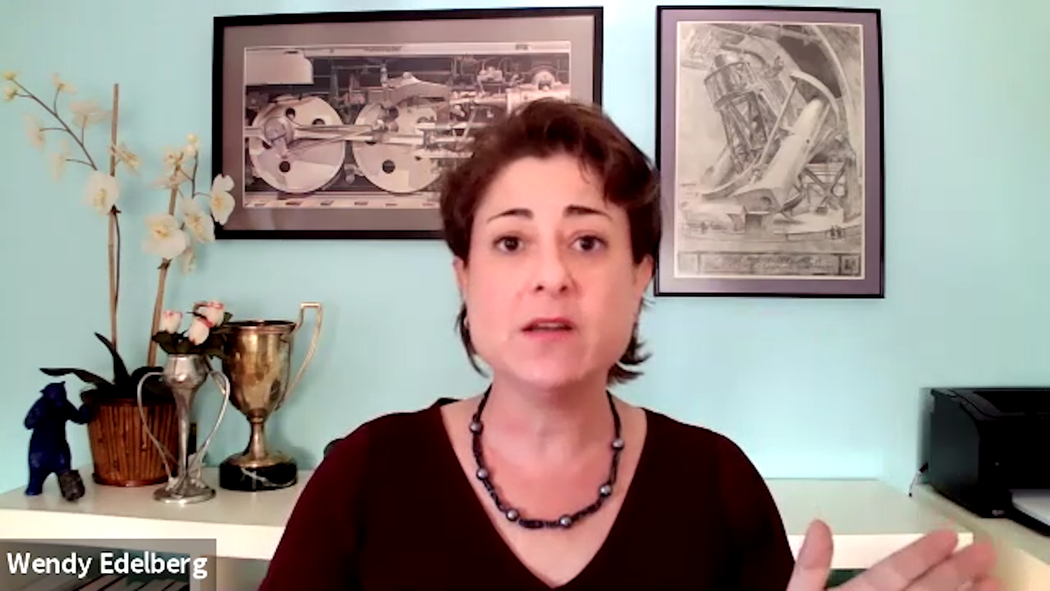 The panel was in agreement that the United States should be spending heavily now to prop up the economy before a critical mass of the population had a chance to be vaccinated against the coronavirus. Wendy Edelberg, a senior fellow at the Brookings Institution and former chief economist at the Congressional Budget Office, laid out the case for spending on the order of $2 trillion, “if we really wanted to do it right”:

“Just given the way multipliers work, marginal propensities to consume work and the way all of that turns to the economy, that’s about how big the package you need. Now, given the risk that that might be too big and that might run the economy too hot, I am not worried about the extent of our tools to deal with that.”

Be prepared for the first quarter of next year to be bad. Really bad. 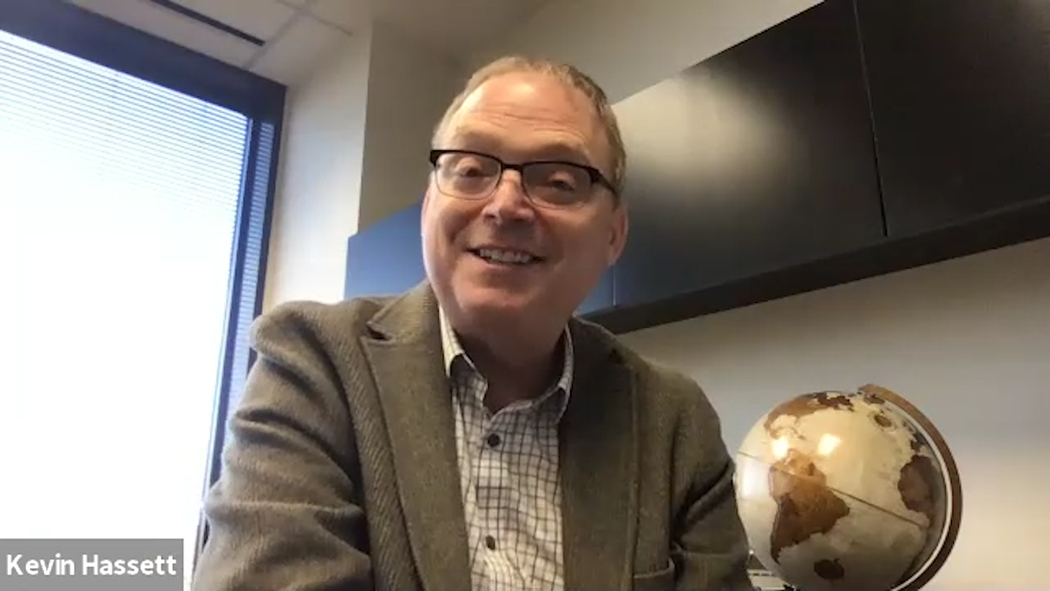 The emergence of promising vaccines means that many Americans will continue to hunker down, knowing that the end of the pandemic is in sight. Local officials may also put into effect lockdowns to keep hospitals from being overwhelmed over the winter. That might mean a collapse in economic activity in the first quarter of 2021, on par with the initial lockdowns during the early months of the pandemic.

The economist Kevin Hassett, who was chairman of the Council of Economic Advisers in the White House from 2017 to 2019, explained what lies ahead:

“We’re about to have a crater, again, sort of like we had in the second quarter. It’s going to be very serious. And we need to sort of bridge to the other side of that. And my guess is that you shouldn’t expect Congress to be able to move, because they’re going to have to get people confirmed, until March or so. So what you need to do is a package that’s big enough to get us to March, and simple enough so that they can do it quickly in the lame-duck session.”

There will come a time to worry about the national debt again. That time is not now. 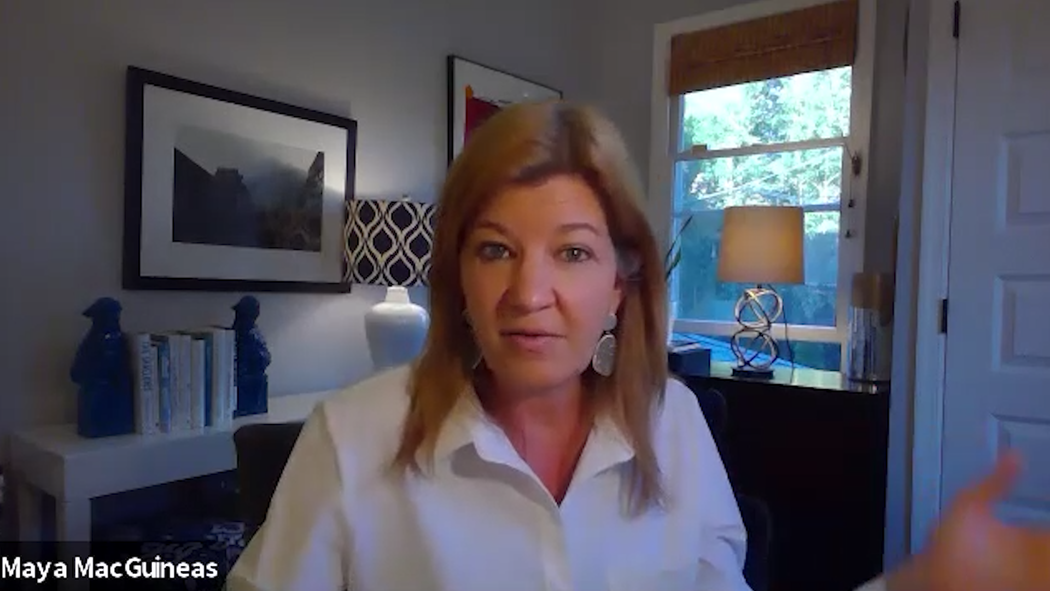 Maya MacGuineas is head of an organization called Campaign to Fix the Debt, which is dedicated to the thesis that “America’s growing national debt profoundly threatens our economic future.” But even she says that now is not the time to worry about borrowing.

“Responsible fiscal policy is borrowing like crazy right now,” Ms. MacGuineas said. There will come a time, she said, to re-evaluate the trade-offs. In the meantime, it’s time to spend, but be aware that a pivot will be necessary at some point:

“No matter which party is in power, it’s nice to be able to enact your agenda without having to pay for it. We saw that in the four years leading up to this downturn, and I’m concerned there will be lots of voices saying we shouldn’t pay for things down the road. But I think responsible fiscal policy is borrowing like crazy right now. Things that are targeted, things that are smart, to goose the economy. But once we stabilize the economy, be willing to bring that debt back down so it’s not growing faster than the economy.”

The urgency of economic aid can’t be an excuse for programs that worsen inequality. 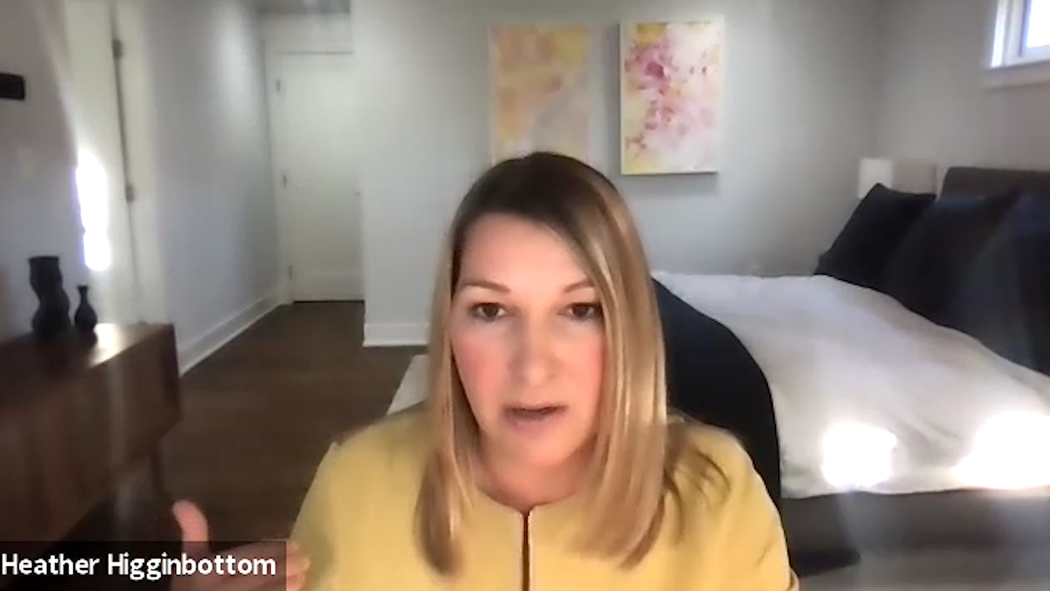 Several experts on the panel expressed frustration that initial government aid was poorly targeted, spreading smaller amounts of money more diffusely rather than focusing on the households and businesses that would be most affected by pandemic shutdowns. Now, there is a risk that in rushing to get money out the door, the same mistakes can happen again.

One of the risks of rushed decision-making is that aid worsens inequality and puts disadvantaged communities at greater risk, said Heather Higginbottom of JPMorgan Chase’s PolicyCenter, who previously held positions at the State Department and the Office of Management and Budget under President Barack Obama:

“I think you hear some of the frustration: ‘Why hasn’t there been action yet?’ Because you make much better policy when you have a deliberate opportunity to really work through some of these issues than you do when you’re forcing something potentially in a lame-duck.” 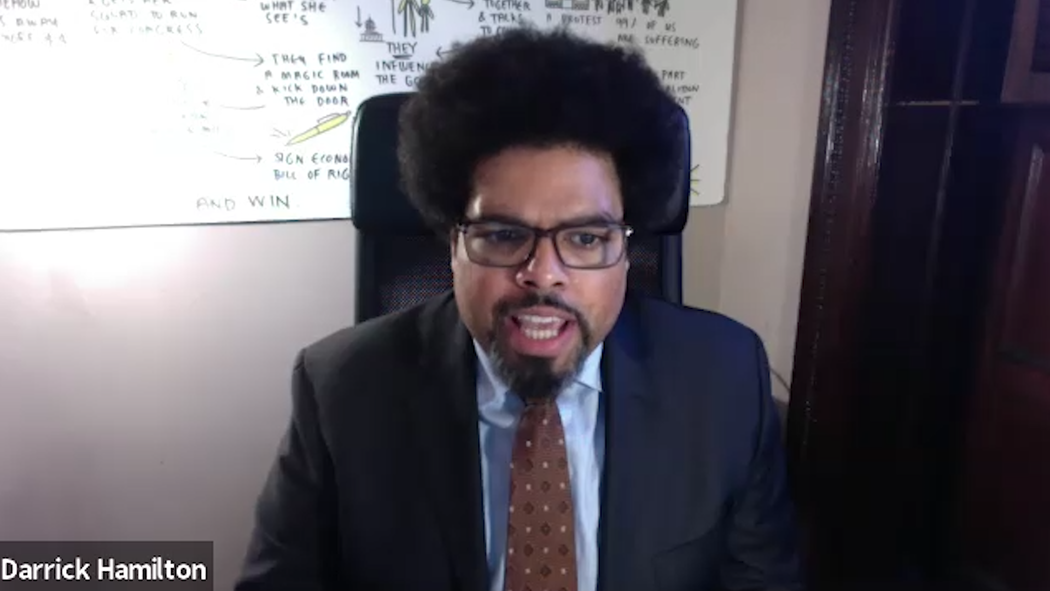 Darrick Hamilton of the New School laid out some overlooked but crucial mechanisms to promote greater equity that should be taken into account, and perhaps weren’t in the first round of stimulus. Underbanked Black-owned businesses, for example, couldn’t receive aid money easily, even though they were eligible for it. And then, returning to the subject of debt, he said that policymakers should consider forgiving some types of household debt that could hang over people long after the pandemic was over:

“We’re kicking the ball down the road with regards to evictions and foreclosures, which is the right thing to do, to put moratoriums on evictions. But there’s still a lot of people that are way underwater. So I think we need to start thinking about some forgiveness with debt in a variety of ways. Obviously, student debt, but some way that’s creative to addressing the fact that you’re going to have some people, when we open up, that are going to be way below and way behind.”

It won’t be business as usual — legally speaking — after the pandemic. 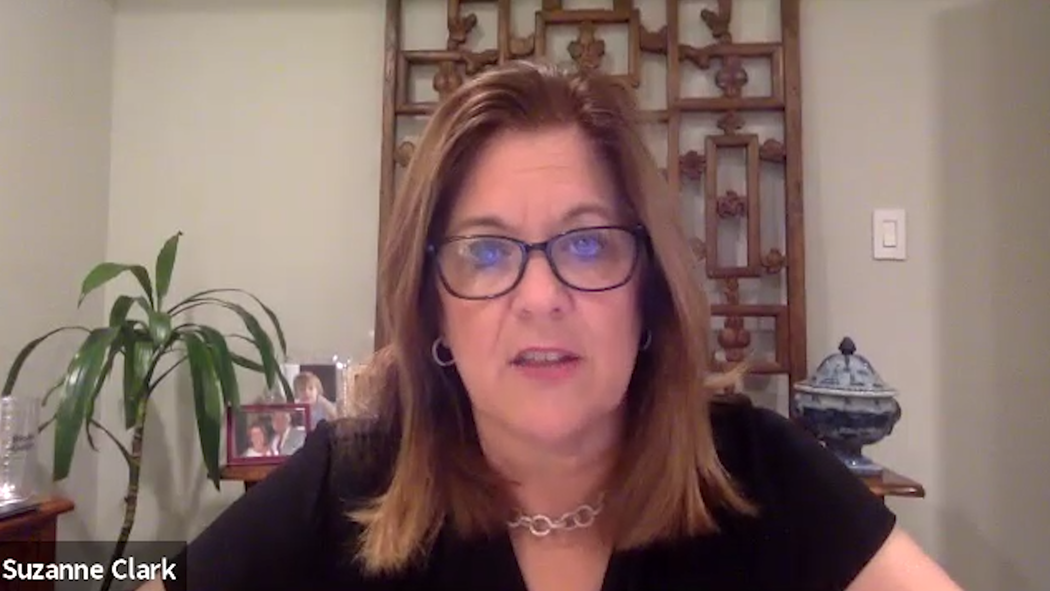 Suzanne Clark of the Chamber of Commerce noted that companies were worried about health liability as they open up, and even after the pandemic subsides. That could be a drag on growth, she said:

“We continue to hear from small businesses that are really concerned about liability. And there’s a precedent, we did it after 9/11, where there can be very targeted, very temporary, very focused liability protections for businesses that open up, following the current public health guidelines, doing everything they possibly can to keep people healthy. I’m not talking about bad actors, but people who are really doing everything that we currently know to do to keep people healthy, and opening their doors. They’re really concerned that at the end of the day they’re going to wake up and have this whole other reason to go bankrupt when they’re sued over it.”

To jump start the economy and bring a divided nation back together, invest in infrastructure. 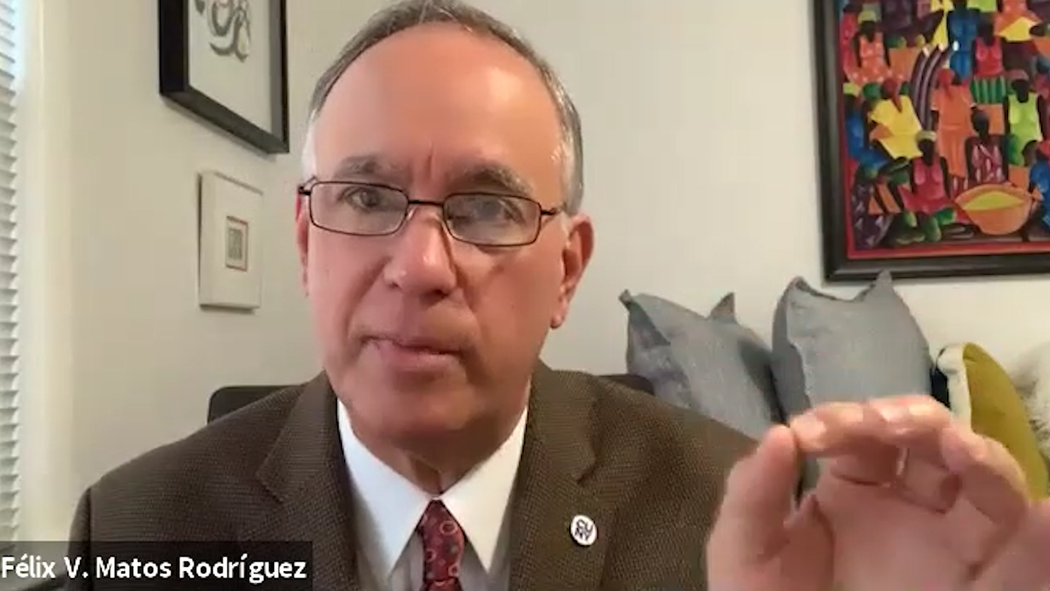 The pandemic revealed the places where America’s technological infrastructure had grown worn and thin, from communities that lacked the broadband access needed for online work and learning to government systems that buckled under demand for virus tests. Investment in infrastructure has long been an issue with bipartisan support, and offers the opportunity to directly employ people while improving communities.

“At a time when agreement on common things is not abundant, I would start there,” said Félix V. Matos Rodríguez of the City University of New York. He laid out a vision for infrastructure spending that his fellow experts endorsed, and tied together many of the themes addressed throughout the discussion:

“It has the advantage that it touches upon many of the subjects that we discuss here — in the ways that you can do it, in terms of bringing additional wealth equality and things like that. There are the obvious things, which everybody mentions when they think about infrastructure, which are roads, tunnels and things like that. I think that you have to add our I.T. infrastructure, which in the pandemic we saw how reliant we are on it and how those gaps really come back to haunt us, for the business community, for the educational community, for all sectors of society and the economy.”

Tags: Darrick Ha, Stimulus, US ECONOMY
You may also like
Recent News:
This website uses cookies to improve your user experience and to provide you with advertisements that are relevant to your interests. By continuing to browse the site you are agreeing to our use of cookies.Ok