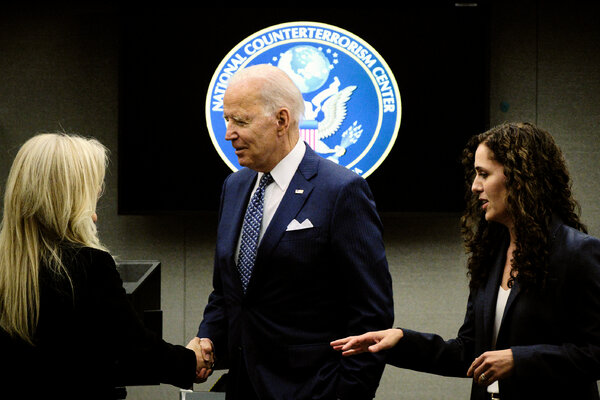 WASHINGTON — Republicans have made Americans’ concerns over rising prices their primary line of attack on President Biden’s economic agenda, seeking to derail trillions of dollars in spending programs and tax cuts by warning that they will produce rocketing 1970s-style inflation.

They have seized on the increasing costs of gasoline, used cars and other goods and services to accuse the president of stoking “Bidenflation,” first with the $1.9 trillion stimulus bill he signed in March and now with a proposed $3.5 trillion economic bill that Democrats have begun to draft in the Senate.

There are unusually large amounts of uncertainty over the path of inflation in the coming months, given the vagaries around restarting a pandemic-stricken economy. Yet even many economists who worry high prices will linger longer than analysts initially expected say there is little reason to believe the problem will worsen if Mr. Biden succeeds in his attempts to bolster child care, education, paid leave, low-emission energy and more.

“There’s been a lot of fear-mongering concerning inflation,” Joseph E. Stiglitz, a liberal economist at Columbia University, said on Tuesday during a conference call to support Mr. Biden’s economic plans. But the president’s spending proposals, he said, “are almost entirely paid for.”

“If they are passed as proposed,” he added, “there is no conceivable way that they would have any significant effect on inflation.”

The debate over the effects of the proposals “has nothing to do with the current angst over inflation,” said Mark Zandi, a Moody’s Analytics economist who has modeled Mr. Biden’s plans.

Still, rising inflation fears have forced the president and his aides to shift their economic sales pitch to voters. The officials have stressed the potential for his efforts to lower the cost of health care, housing, college and raising children, even as they insist the current bout of inflation is a temporary artifact of the pandemic recession.

Tags: American Jobs Plan, US ECONOMY
You may also like
Recent News: