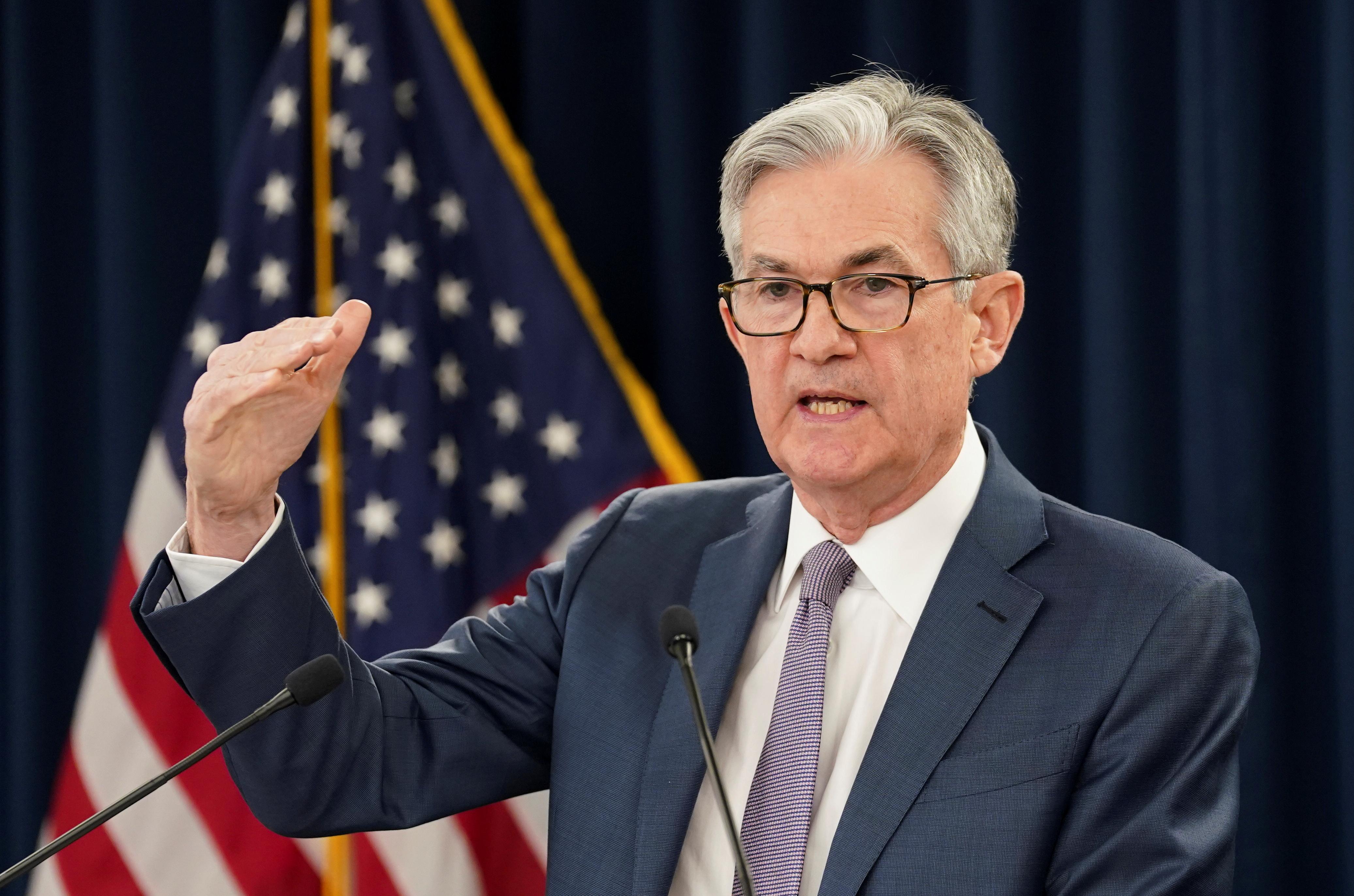 The Fed’s top official became the latest in a parade of policymakers to brush off the notion that they might push rates into negative territory after futures tied to Fed interest rate policy expectations recently began pricing a small chance of sub-zero U.S. rates within the next year.

“The committee’s view on negative rates really has not changed. This is not something that we are looking at,” Powell said in answer to a question during an event hosted by the Peterson Institute for International Economics, as he referenced the Fed’s policy-setting Federal Open Market Committee (FOMC).

A number of major central banks – including the Bank of Japan and European Central Bank – have implemented negative-rate policies in the years since the 2007-2009 financial crisis because their sluggish economies have failed to produce the desired level of inflation.

Last week for the first time ever, fed funds futures began reflecting a small chance that negative rate policy would find its way to U.S. shores. The futures market is used both to hedge for and bet outright on the level of the Fed’s benchmark overnight interest rate as far as three years down the road.

The effectiveness of negative rate policy remains the subject of debate in global central banking circles. The idea has at least one high-profile fan, President Donald Trump, who tweeted favorably about negative rates again this week.

“As a former real estate developer, the idea of being able to borrow at low or negative rates suits Trump’s mindset,” said Mark Sobel, a longtime former U.S. Treasury and International Monetary Fund official and currency policy expert. “The strong dollar has given him a lever to push for that.”

Powell is only the latest in a string of U.S. policymakers to rebuff the idea that a sub-zero policy is on the table. At least six of the 12 presidents of the Fed’s regional banks have shot the idea down, and Powell noted during Wednesday’s event that disregard for it has been the subject of rare unanimity among policymakers.

Officials most recently discussed it during last October’s meeting, Powell said, “and the minutes said that all FOMC participants – and that’s not a sentence you get to say very often – all FOMC participants currently did not judge that negative rates … appear to be an attractive monetary policy tool in the United States.”

Powell said policymakers prefer alternatives such as forward guidance – or hard signals of how long current policy will remain in place – and large-scale asset purchases, also known as quantitative easing, or QE.

“We’ve said that we continue to rely on those tools that are tried, and they are now a part of our toolkit,” he said.

Rate futures tempered the pricing for negative rates somewhat after Powell’s remarks. However, a dozen contracts that mature from April 2021 through March 2022 are priced to reflect a fed funds rate of between minus 0.01% and minus 0.025% at contract expiration.

Some analysts threw cold water on the notion that the market was seriously pricing in negative rates.

Subadra Rajappa, head of U.S. rates strategy at Societe Generale in New York, said while futures markets “are still pricing it in … we’re looking at very small volumes in fed funds futures out the curve. Even then you are looking at negative rates of one or two basis points, so it’s not in any way suggestive of a policy move that the market is pricing in.”

Rajappa said this was probably indicative of “hedges that are being put in place in case the Fed goes in that direction.”

Tags: FED, POWELL, RATES, US, US Fed, USA
You may also like
Recent News:
This website uses cookies to improve your user experience and to provide you with advertisements that are relevant to your interests. By continuing to browse the site you are agreeing to our use of cookies.Ok