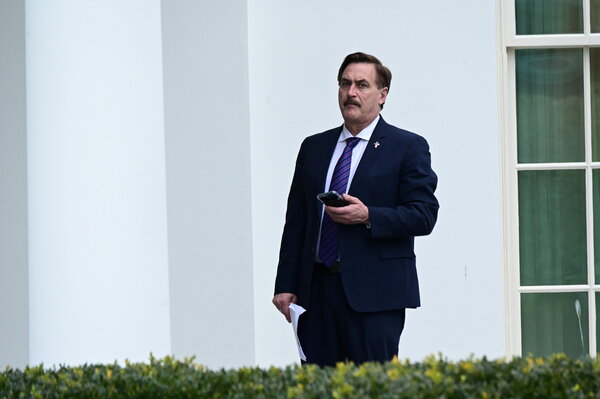 Twitter said it had permanently barred Mike Lindell, the chief executive officer of the bedding company MyPillow and a close ally of former President Donald J. Trump, from its service.

Corporate America has moved swiftly to try to turn down the volume on assertions by Mr. Lindell, a major Republican donor and one of the loudest voices perpetuating Mr. Trump’s claims of voter fraud in the Nov. 3 elections. Kohl’s and Bed Bath & Beyond removed MyPillow products from their stores last week.

Mr. Lindell also faces legal action over his claims of voting fraud involving Dominion Voting Systems, the company at the center of one of the more outlandish conspiracy theories about voter fraud.

His account’s suspension is the latest in a series of high-profile bans by Twitter since the company permanently blocked Mr. Trump from its service over concerns that he would use the platform to incite more violence like the storming of the Capitol this month.

After the attack on the Capitol, Twitter said it had updated its rules to more aggressively police false or misleading information about the presidential election. As part of that move, Twitter has moved to suspend the accounts of more than 70,000 people who have promoted content related to QAnon, a fringe pro-Trump group that the F.B.I. has labeled a domestic terrorist threat.