When the pandemic hit in March, a JBS meatpacking plant in Greeley, Colo., began providing paid leave to workers at high risk of serious illness.

But last month, shortly after the plant was cited by the federal Occupational Safety and Health Administration for a serious virus-related safety violation and given two initial penalties totaling about $15,500, it brought the high-risk employees back to work.

“Now the company knows where the ceiling is,” said Kim Cordova, president of the United Food and Commercial Workers union local that represents the workers, about half a dozen of whom have died of Covid-19. “If other workers die, it’s not going to cost them that much.”

JBS USA said the return of the vulnerable workers in late September had nothing to do with the citation. “It was in response to the low number of Covid-19 cases at the facility for a sustained period of time,” a spokesman said, noting that the company began informing workers of the return in late July.

The JBS case reflects a skew in OSHA’s Covid-related citations, most of which it has announced since September: While the agency has announced initial penalties totaling over $1 million to dozens of health care facilities and nursing homes, it has announced fines for only two meatpacking plants for a total of less than $30,000. JBS and the owner of the second plant, Smithfield Foods, combined to take in tens of billions of dollars worldwide last year.

The meat industry has gotten the relatively light touch even as the virus has infected thousands of its workers — including more than 1,500 at the two facilities in question — and dozens have died.

“The number of plants with outbreaks was enormous around the country,” said David Michaels, an epidemiologist who headed the agency in the Obama administration. “But most OSHA offices haven’t yet issued any citations.”

The disparity in the way OSHA has treated health care and meatpacking is no accident. In April, the agency announced that it would largely avoid inspecting workplaces in person outside a small number of industries deemed most susceptible to coronavirus outbreaks, like health care, nursing homes and emergency response. 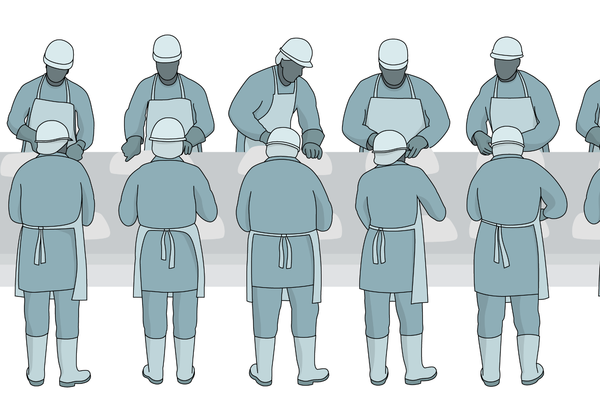 Take a Look at How Covid-19 Is Changing Meatpacking Plants

See how workers stand shoulder to shoulder to provide Americans with affordable meat. As plants reopen, the coronavirus remains a threat.

Experts concede that with limited resources for inspections, OSHA, part of the Labor Department, must set priorities according to risk. Some, like Dr. Michaels, argue that this makes it more important to issue a rule instructing employers on the steps they must take to keep workers safe. But the agency chose instead to issue a set of recommendations, like six feet of distance between workers on a meat-processing line.

A Labor Department spokeswoman said OSHA already had more general rules that “apply to protecting workers from the coronavirus.”

Around the time of the recommendations, President Trump signed an executive order declaring meatpacking plants “critical infrastructure” to help ensure that they remained open during the pandemic.

Some union officials representing health care workers praise OSHA for its enforcement work. “Given the times we live in, frankly I am thrilled that we’ve gotten OSHA to issue so many citations,” said Deborah White, president of the Health Professionals and Allied Employees, which represents about 14,000 nurses and other health workers in New Jersey and Pennsylvania.

“We see improved health and safety in the workplace because of those citations,” she said. “That’s a win for us.”

But when it comes to meatpacking, many union officials and safety experts said there had largely been a regulatory vacuum, one they worry will lead to another round of outbreaks as cases spike again this fall.

OSHA’s oversight of the meatpacking industry has been in the spotlight in a case filed by workers at a Maid-Rite plant in Dunmore, Pa., accusing the agency of lax regulation.

The suit contended that OSHA had done little for weeks after a worker filed a complaint in April describing insufficient precautions amid an outbreak at the plant, and after other workers filed a complaint in May asserting that they faced “imminent danger” because of the risk of infection there.

When OSHA finds that conditions pose an “imminent danger” to workers, it typically intervenes quickly and asks the employer to mitigate the risk. But in a hearing before a federal judge in late July, a local OSHA official testified that she did not consider the term to be appropriate in the Maid-Rite case.

The official said that because OSHA’s central office had designated all meatpacking facilities to be “medium risk,” the agency would not rush to conduct a formal inspection absent some “outlying” issue. The OSHA area director said that of nearly 300 Covid-related complaints his office had received at the time, it had not deemed any an imminent danger.

The agency inspected the Maid-Rite plant on July 9, months after the initial complaint, finding that many workers were spaced two to three feet apart with no barriers separating them. A Labor Department lawyer said at the hearing that OSHA was still studying the feasibility of requiring the company to space them farther apart.

A Maid-Rite spokeswoman said the company was following guidelines suggested by the Centers for Disease Control and Prevention, “as we have been since they were released.”

OSHA has also been accused by union officials and even company executives of having been slow to visit the two meatpacking facilities that it has cited so far. 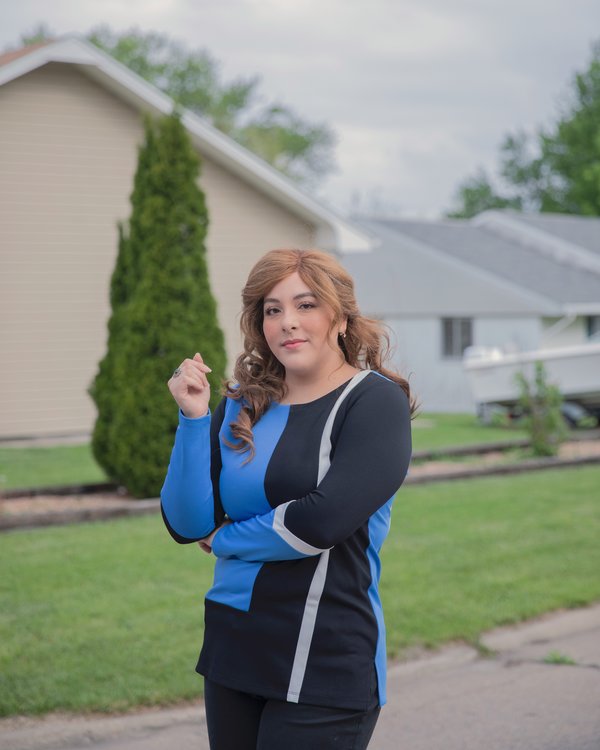 As Meatpacking Plants Look to Reopen, Some Families Are Wary

The plants have been hotbeds of viral spread. Will cleaning and safety measures be enough to protect workers from new outbreaks?

Ms. Cordova sent the agency a letter on March 23 asking it to conduct a spot check of the JBS plant and several other workplaces that her union represents. In response, she said, a local OSHA official told her that his office did not have capacity for inspections.

The agency eventually visited the 3,000-worker plant on May 14, after the plant had closed amid an outbreak and then reopened, and several workers had died.

At Smithfield, whose plant in Sioux Falls, S.D., was the other one cited by OSHA, even the company professed frustration over the agency’s inspection constraints.

Keira Lombardo, a Smithfield executive vice president, said in a statement that the company had “repeatedly urged OSHA to commit the time and resources to visit our operations in March and April,” adding, “They did not do so.”

B.J. Motley, the president of the United Food and Commercial Workers local representing workers at the plant, said an OSHA inspection there in mid-May had been thorough, including several dozen interviews. But he said that the company had taken too long to add safety features, and that the penalty was insufficient.

According to Ms. Cordova and Mr. Motley, both plants have provided protective equipment like masks since the spring, but workers often still stand within a few feet of one another.

JBS and Smithfield said they were contesting their citations because the violations applied to conditions at their plants before OSHA had issued guidance. “It attempts to impose a standard that did not exist in March,” the JBS spokesman said.

The companies do not have to take the steps the agency recommended, such as distancing, while they contest the citations, but said their current standards largely exceeded OSHA’s guidance. Both companies said that they had installed barriers between many workers, taken air-purification measures and started virus screening and testing programs. They said that many of the safety measures were in place by late April, and that the rates of infection among their workers were low today.

The Labor Department has defended the penalties for JBS and Smithfield as the maximum allowed under the law for a single serious violation. While OSHA could have cited each plant for multiple instances of the same safety lapses, John L. Henshaw, who served as head of OSHA under President George W. Bush, said this practice was supposed to be reserved for employers who willfully failed to protect workers.

“Either the inspector or the area director or the solicitor’s office — somebody sort of looked at all the evidence and saw what maybe the company was trying to do and did, even though it wasn’t successful,” Mr. Henshaw said.

But Ann Rosenthal, who retired in 2018 as the Labor Department’s top OSHA lawyer after working under administrations of both parties, said the agency could have cited each facility for multiple violations — for different portions of the plant where there were hazards.

“They could well have said that hazards exist on the first floor, the second floor, etc., and could have gotten the penalty over $100,000,” Ms. Rosenthal said. “At least it would have looked like an effort to start to be serious.”

Other experts said the agency could fall further behind in protecting meatpacking workers in the coming months, pointing not just to rising infection rates nationally but to recent changes in the way OSHA regulates employers.

Dr. Michaels, the former OSHA head, cited the agency’s recent reinterpretation of an Obama-era rule that had required employers to report any hospitalization or amputation that resulted from a workplace incident.

The spokeswoman for the Labor Department said that after initially considering the more expansive interpretation, it had concluded that only the narrower interpretation could be defended in court.

Dr. Michaels said that the regulation was critical for highlighting hot spots and problem areas, and that its weakening was deeply concerning.

“It’s a way to guarantee you have no reports,” he said of the change. “They’re telling employers: ‘Don’t worry. We’re not going to make you do anything.’”

Tags: Meatpacking Plants;Slaughterh
You may also like
Recent News: