The chief executive of Peloton said the company “made a mistake” by initially resisting a U.S. safety agency’s warning about the devices last month. 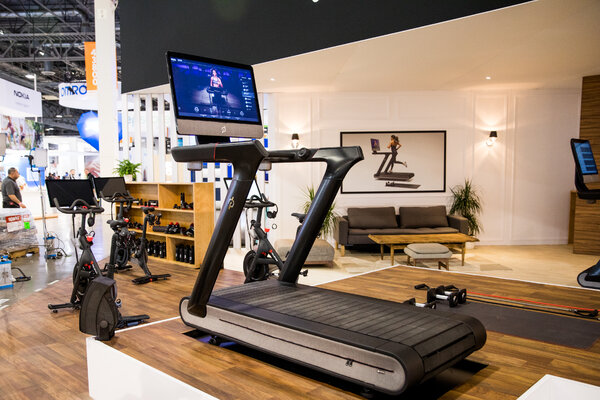 Peloton is recalling its Tread+ and Tread treadmills, the at-home fitness company said on Wednesday, less than a month after it fought the U.S. Consumer Product Safety Commission as it warned that dozens of injuries and one death of a child had been linked to the machines.

The commission, which issued an “urgent warning” for the machines in April, urged people who own the treadmills to immediately stop using them. Peloton is offering a full refund for the $4,295 machine with a 32-inch touch screen that allows runners to work out with the aid of instructors.

John Foley, the chief executive of Peloton, said in a statement Wednesday that the company had “made a mistake” by fighting the agency’s request to recall the treadmills, and apologized for not engaging “more productively with them from the outset.”

“The decision to recall both products was the right thing to do for Peloton’s members and their families,” he said in the statement.

The machines were sold in the United States from November to March. The company is working on a repair to be offered to customers “in the coming weeks,” the commission said in a statement. The software improvements will automatically lock the Tread+ after use and require a four-digit passcode to unlock it, the commission said.

“Today we have taken steps to prevent further harm from these two products,” Robert S. Adler, the acting chairman of the commission, said in the statement.

The commission said it had received 72 reports of adults, children, pets and objects being pulled under the rear of the treadmill. Twenty-nine involved children, including a 6-year-old boy who died.

After the death of the child in March, the company urged users to keep Peloton products where children can’t get to them and store safety keys away from children.

In April, Peloton called the commission’s warning “inaccurate and misleading,” and said there was no reason for users to stop using the machine.

Peloton’s stock soared during the coronavirus pandemic, as exercisers, shut out of their gyms by lockdowns, turned instead to remote classes led by enthusiastic instructors. More than 1.3 million people owned its bikes and treadmills in September, and its value more than quadrupled to more than $40 billion.

In October, the company recalled about 27,000 of its bikes sold between July 2013 and May 2016 after it received reports of broken pedals causing injuries.