The government set out to prop up the economy. It may also be propping up the market. 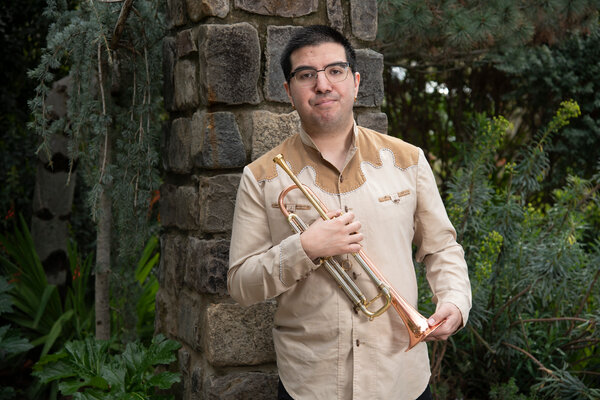 Abraham Sanchez knew exactly how he wanted to spend his stimulus check.

Like millions of Americans, he had begun dabbling in the stock market during the pandemic. So, soon after $1,400 from the federal government landed in his bank account last week, Mr. Sanchez, a 28-year-old trumpet player in Sacramento, moved all but $200 of it into his Robinhood online trading account. He then used most of it to buy 80 shares of AMC Entertainment, the struggling movie theater chain.

“I was like: ‘You know what? Whatever. I’ll give it a shot,’” he said. When the stock rose last week after AMC announced it was preparing to reopen theaters in California, Mr. Sanchez gained $170 on paper. “It was kind of nice,” he said. The shares have since fallen, but he’s still sitting on a paper profit of about $120 and doesn’t plan to sell.

Mr. Sanchez is by no means wealthy. While the pandemic halved what he used to make from his gig in a brass band, he gets by because of his day job as a store manager. He worries that the pandemic might flare up again, or cost him his job. But Mr. Sanchez, who lives with three roommates, didn’t need the stimulus money to make ends meet. So he was willing to gamble.

“If I were to lose a good sum of money, it wouldn’t be good,” Mr. Sanchez said. “But I’m willing to take the risk, you know, if it can put me ahead for the next couple of months.”

The speculative appetite of small investors like Mr. Sanchez may seem at odds with an economy still reeling from a pandemic that has killed more than half a million Americans, decimated jobs and snuffed out businesses and livelihoods. But one of the biggest tools deployed by the U.S. government to cushion the economic blow — stimulus payments — is also driving a huge surge in investing by small traders.

Analysts at Deutsche Bank recently estimated that as much as $170 billion from the latest round of stimulus payments could flow into the stock market. They conducted a survey of retail traders in which respondents said they planned to put roughly 40 percent of any payment they received — or $2 of every $5 — into the stock market. Traders between the ages of 25 and 34 said they expected to put half of their stimulus check into stocks.

Tags: Shelter-in-Place (L, US ECONOMY
You may also like
Recent News: