PARIS/TOKYO (Reuters) – Renault (RENA.PA), Nissan Motor Co (7201.T) and Mitsubishi Motors Corp (7211.T) ruled out a merger on Wednesday and instead said they would cooperate more closely on vehicle development to slash costs and salvage their troubled alliance. 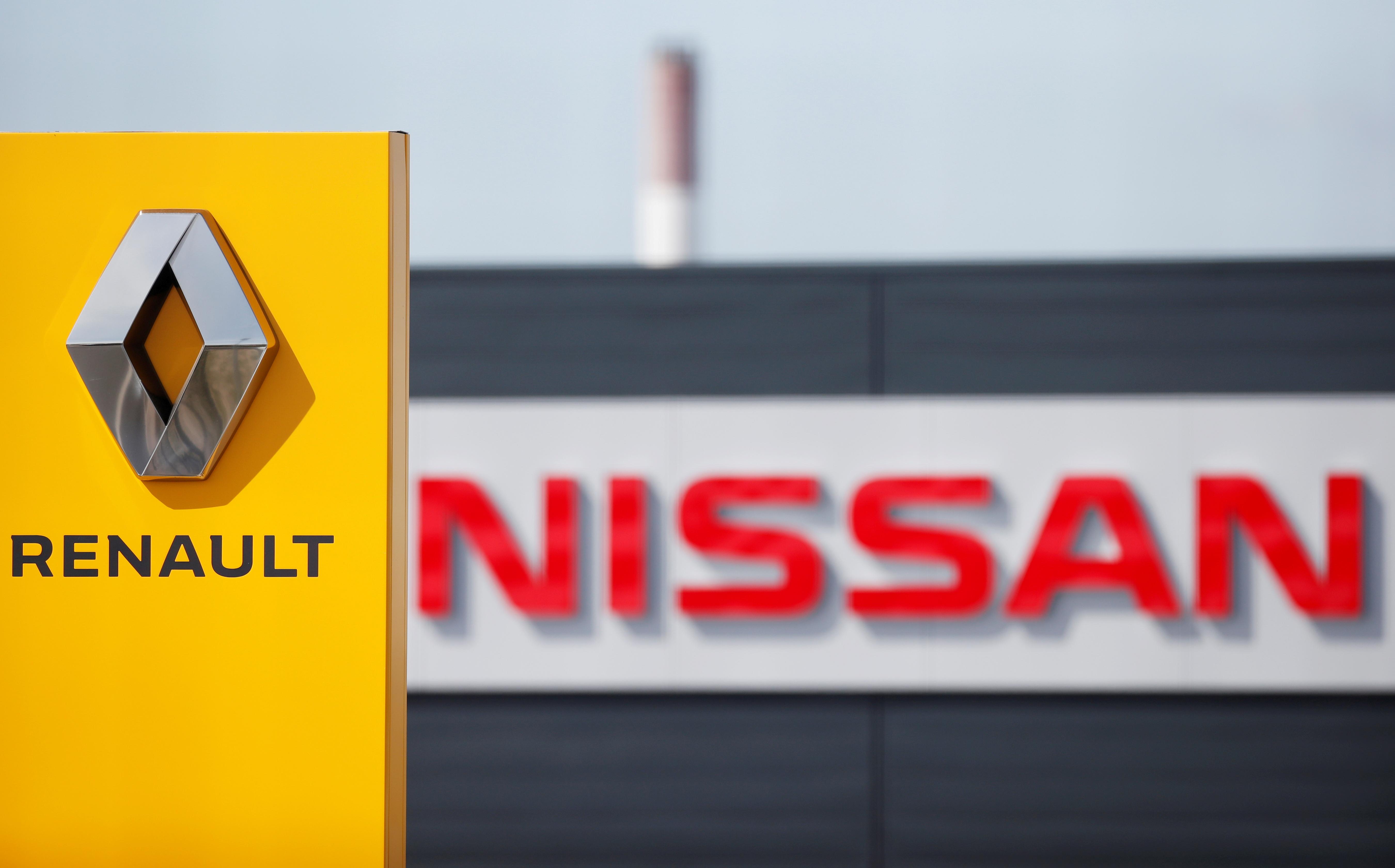 The three carmakers are reeling from the coronavirus pandemic which engulfed them just as they were trying to rework their partnership following the arrest in 2018 and subsequent ousting of its chairman and chief architect, Carlos Ghosn.

Ghosn’s push for Nissan to merge with Renault soured relations between the French and Japanese carmakers and the new plan is designed to serve as a peace treaty to resolve the long-standing tensions, senior sources have told Reuters.

“There is no plan for a merger of our companies,” Renault Chairman Jean-Dominique Senard told a news conference to unveil the new alliance strategy. “Our model today is a very distinctive model … we don’t need a merger to be efficient.”

The companies are now aiming to make savings by sharing out their production more systematically in a so-called leader-follower system, with one company leading for a particular type of vehicle and geography and the others following.

Renault and Nissan, which both posted losses last year, are hoping that reinvigorating their alliance will help keep a lid on costs, but also allow them to move ahead of rivals in areas such as electric vehicles.

Focused on competitiveness and profitability, the new strategy marks a departure from the alliance’s previous blueprint for growth and volume during the Ghosn era which led to excessive manufacturing capacity and ballooning fixed costs.

Working together has posed challenges to Renault, Nissan and junior partner Mitsubishi, which joined the alliance in 2016, due to differences in corporate cultures and simmering tensions over the Alliance’s capital structure.

Renault owns 43% of Nissan while Nissan has 15% of the French carmaker, but no voting rights. Nissan executives have strongly resisted Ghosn’s drive for a full-blown merger.

For a graphic on alliance profits and sales, please click on: tmsnrt.rs/2zo3F6G

The companies gave few details of how the revamp would deliver in the short term, as the car industry grapples with the fallout from the coronavirus pandemic and pressure to develop less polluting vehicles.

They said in a joint statement that they aimed to produce nearly half of their vehicles under the new leader-follower approach by 2025 and hoped to cut investment per model in the scheme by up to 40%.

The range of vehicles they produce is expected to fall by 20% by 2025 though the firms did not say how many jobs would go as they shift production.

Nissan will now take the lead in Japan, China and North America, Renault will be the reference for Europe, Russia, South America and North Africa while Mitsubishi will lead in Southeast Asia and Oceania, the companies said.

The alliance’s new production plans will include using more common parts and designs. While they have designed cars for many years on shared vehicle platforms, or bases, analysts say they have largely failed to fully capitalise on their global scale beyond joint procurement.

“The previous strategy was focused on growth and volume … we focused as much as possible on differentiation in models to achieve growth,” Alliance General Secretary Hadi Zablit told reporters. “Today we have a much higher scope of sharing between the brands.”

For example, they will now use a shared design for the upper body of each company’s cars, which would then be personalised to reflect the brand of the individual automakers. The upper body design would be led by a designated “leader”.

Senard said the new scheme would bring savings of up to 20% in some areas such as technology sharing.

Tags: ALLIAN, AUTOS, NISSAN, RENAULT, US
You may also like
Recent News:
This website uses cookies to improve your user experience and to provide you with advertisements that are relevant to your interests. By continuing to browse the site you are agreeing to our use of cookies.Ok