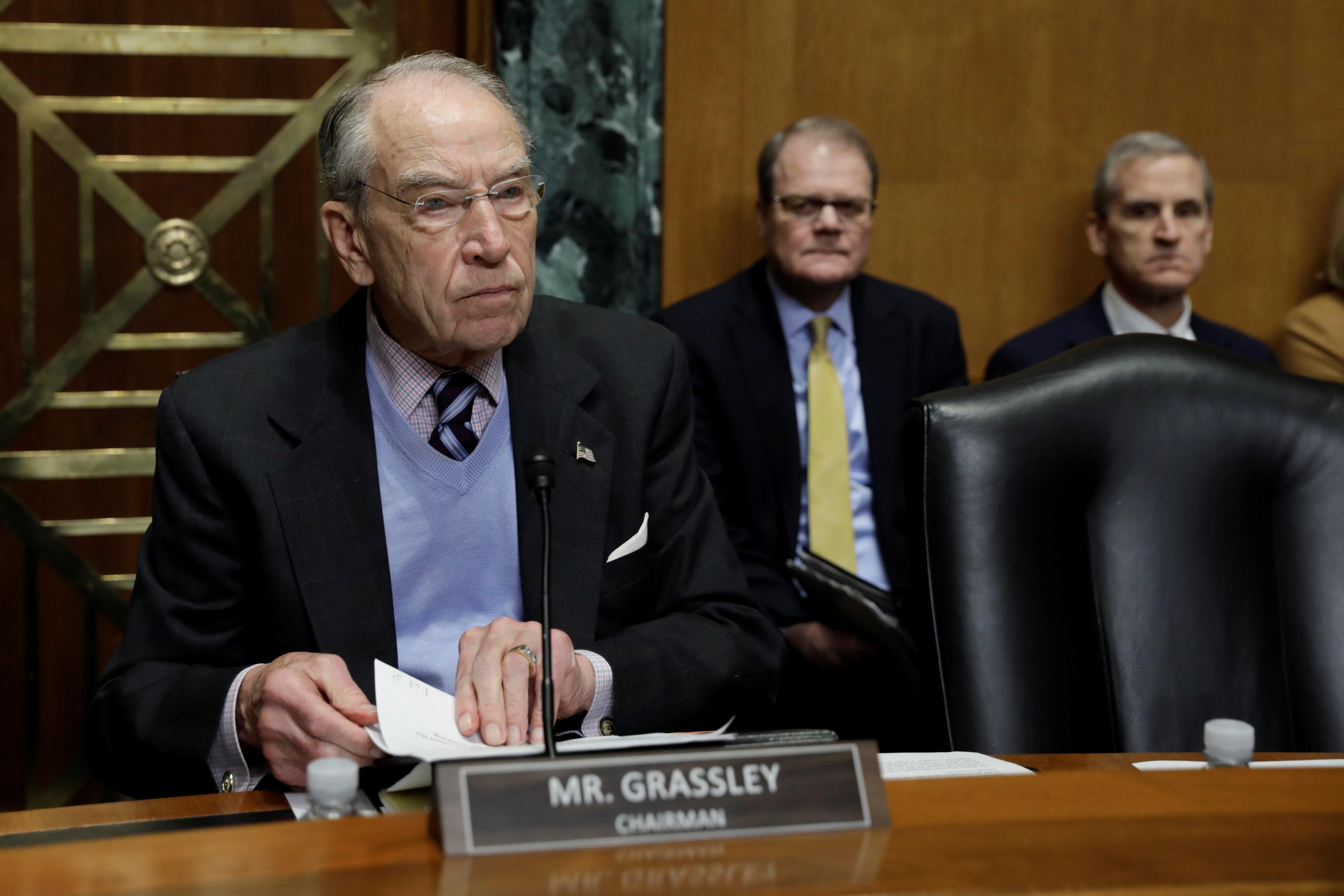 WASHINGTON (Reuters) – U.S. Senate Finance Committee Chairman Chuck Grassley on Thursday said he did not expect President Donald Trump to walk away from a Phase 1 trade deal with China despite concerns over Beijing’s handling of the coronavirus pandemic.

Grassley, a strong backer of the trade agreement signed in January, told reporters he felt reassured that Trump would stick to the deal after a private conversation with his fellow Republican late last week.

“I was very satisfied with his answer and you know I wouldn’t be satisfied … if I didn’t feel like the president was going to maintain that trade agreement with China,” the senator said during a regular call with agriculture reporters.

Trump has stepped up criticism of China recently over its handling of the coronavirus outbreak and a national security law that would reduce the separate legal status of Hong Kong, sparking questions about the U.S.-China trade deal’s future.

White House economic adviser Larry Kudlow on Tuesday said the Phase 1 trade deal with China was intact for now, but that Trump was so “miffed” with Beijing over the novel coronavirus and other matters it was not as important to him as it once was.

Grassley said he discussed the trade deal with Trump during last week’s phone call, and told him that he believed U.S. concerns over China’s lack of transparency about the virus should not interfere with the trade agreement.

The trade deal, which took effect in mid-February, calls for China to purchase $200 billion in additional U.S. goods and services over two years.

The U.S. Trade Representative’s office and the U.S. Department of Agriculture last week said they saw positive signs in dealings with Beijing over agricultural products as part of the Phase 1 trade agreement, and certain U.S. farm products could now be exported to China.

Tags: Ag, China, GRASSLEY, trade, US, USA
You may also like
Recent News:
This website uses cookies to improve your user experience and to provide you with advertisements that are relevant to your interests. By continuing to browse the site you are agreeing to our use of cookies.Ok