SINGAPORE/SYDNEY (Reuters) – Singapore Airlines Ltd (SIAL.SI) said it had secured up to S$19 billion ($13 billion) of funding to help see it through the coronavirus crisis and expand afterward, in a sign of confidence travel demand will eventually return. 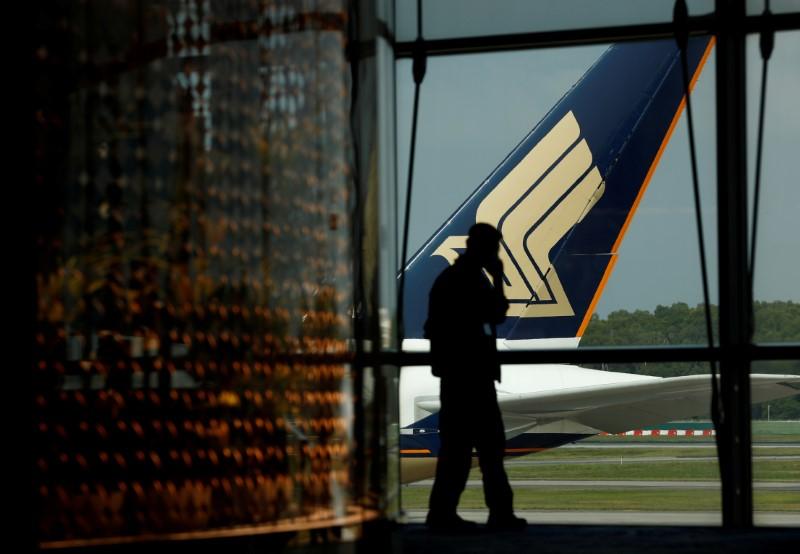 It is the single biggest financing package announced by an airline since demand plunged because of the pandemic, forcing carriers around the world to ground planes, put staff on unpaid leave and scramble to raise more cash to ensure their survival.

American Airlines Group Inc (AAL.O), a much larger carrier, on Thursday evening disclosed it would be eligible for $12 billion of U.S. government aid as part of a $58 billion loan and grant package for the airline industry.

“This transaction will not only tide SIA (Singapore Airlines) over a short term financial liquidity challenge, but will position it for growth beyond the pandemic,” Temasek International Chief Executive Dilhan Pillay Sandrasegara said. “The delivery of a new generation aircraft over the next few years will provide better fuel efficiencies as well as meet its capacity expansion strategy.”

For the time being, the airline, a major customer for Airbus SE (AIR.PA) and Boeing Co (BA.N), has cut capacity by 96% and grounded almost its entire fleet after the Singapore government banned foreign transit passengers, the lifeblood of the hub carrier.

Some other financially strong carriers are also banking on a return to more normal times once the pandemic has passed, such as Australia’s Qantas Airways Ltd (QAN.AX), which is continuing with costly plans to refurbish the interiors of its fleet of 12 grounded A380 superjumbos.

Others, including Air New Zealand Ltd (AIR.NZ) and Virgin Australia Holdings Ltd (VAH.AX), have warned they expect to be smaller carriers in the future.

South Korean low-cost carrier Eastar has begun returning some of its Boeing 737 planes to lessors, while Southwest Airlines Co (LUV.N) said it would consider actions to reduce the company’s size if passenger traffic remains significantly lower six months from now.

Brendan Sobie, an independent aviation analyst, said normal commercial financing arrangements such as credit lines or the sale and leaseback of planes were unlikely to be enough to help most airlines survive the crisis and thrive afterward.

“When these airlines raise cash privately, they won’t get the kind of terms Singapore Airlines got from Temasek,” he told Reuters.

“They may be able to get the cash to pay bills such as monthly leasing bills at a time of virtually no revenue but later on, the cost of the capital is very high – and that in turns limit what they can do,” Sobie said. “That in turn slows the potential recovery of air transport in some markets.”

Airport traffic at 12 major hubs in Asia-Pacific region plunged by 80% on average in the second week of March compared with the same period last year, Airports Council International Asia-Pacific said on Friday as it called for government relief measures for airport operators.

U.S. airlines are preparing to tap the government for up to $25 billion in grants to cover payroll, even after the government warned it may take stakes in exchange for bailout funds, people familiar with the matter said.

After the U.S. House of Representatives approves the airline bailout and President Donald Trump signs it as early as Friday, airlines are to receive initial payments within 10 days.

European lawmakers overwhelmingly agreed on Thursday to suspend until Oct. 24 a rule requiring airlines to use at least 80% of their flight slots to keep them the following year.

China, which had been showing some early signs of a recovery in flight capacity, on Thursday ordered airlines to sharply cut the number of flights in and out of the country out of concern that infected travelers from overseas could reignite the coronavirus outbreak that paralyzed the country for two months.

The Civil Aviation Administration of China (CAAC) said it had directed Chinese airlines to maintain only one route to any country and limit the number of flights to one per week, effective March 29.

CAAC also ordered foreign airlines to reduce their international routes to China to one per week and only operate one route into the country.